by ChemOrbis Editorial Team - content@chemorbis.com
A trader in Vietnam reported that they received an offer for Saudi Arabian HDPE film re-exported from China at $1435/ton CIF, cash. He commented, “We are not interested in this offer as we have already secured some HDPE and LLDPE directly from a Middle Eastern supplier. We feel that prices will stabilize soon.”

PE prices in Vietnam have been following a steadily firming trend since the start of February owing to limited supplies and stronger spot ethylene costs, although buyers have begun to show stronger resistance recently, arguing that demand is not strong enough to support ongoing increases for PE. According to data from ChemOrbis Price Index, import HDPE film prices on a CIF Vietnam, cash basis have risen $331/ton since the end of January. 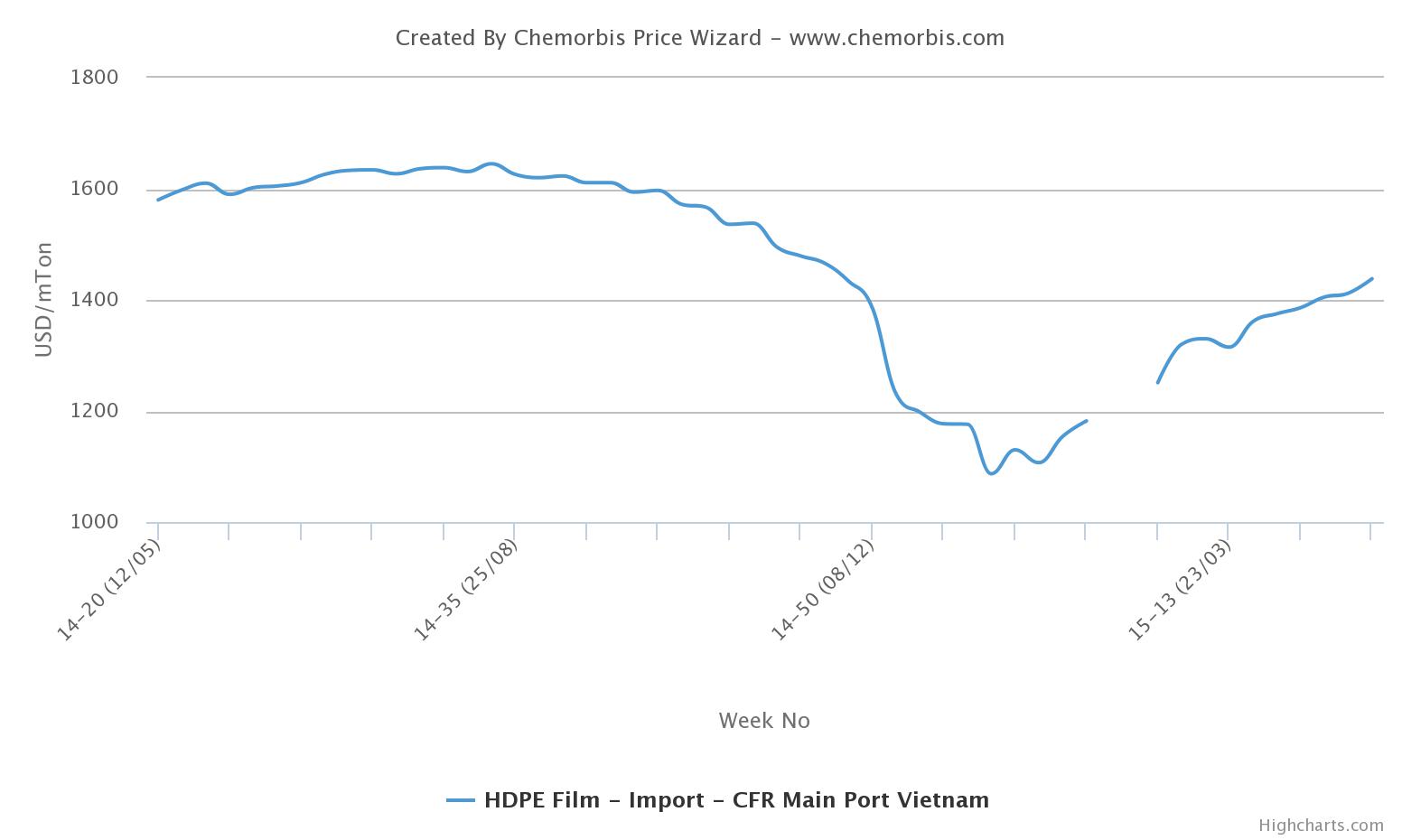