Re-export LDPE from Vietnam shows up in China

by ChemOrbis Editorial Team - content@chemorbis.com
Players report that re-export LDPE film cargoes from Vietnam have emerged in the Chinese market recently. In China, LDPE film prices have been on a rally since early August on the back of major domestic producers’ low inventory levels as well as reduced supplies from overseas markets. The Vietnamese market has also been tracking a firm trend since the start of October. However, sellers complain about mediocre demand in the country.

According to data from ChemOrbis Price Index, import LDPE film prices on a weekly average basis surged by $181/ton since the first week of August, hitting their highest levels since July 2015. 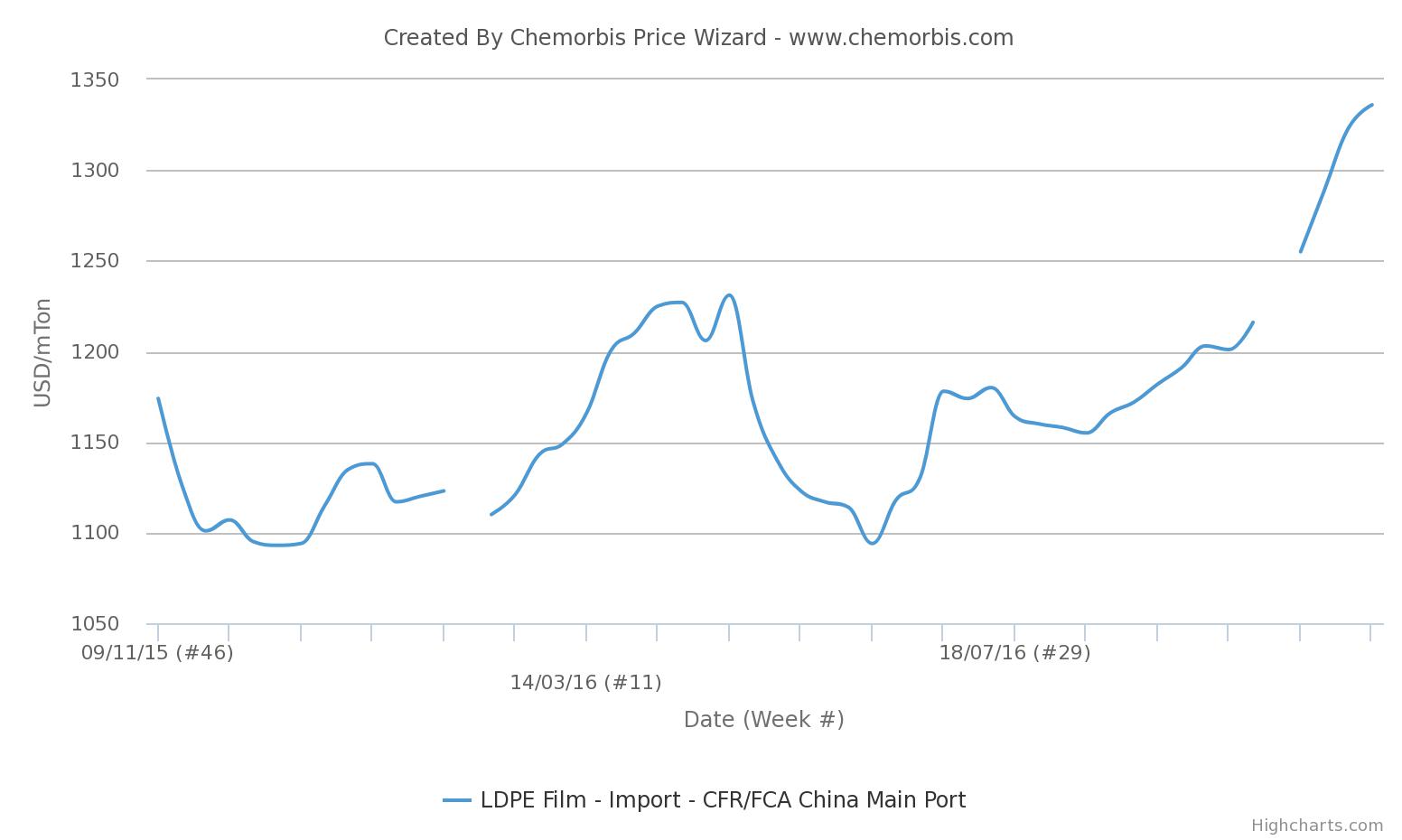 A trader operating in China reported that they received an offer for 200 tons of re-exported Middle Eastern LDPE film from Vietnam at $1280/ton CIF, cash last week. He commented, “LDPE supplies remain tight while demand is relatively good in China. Hence, Vietnamese traders are trying to divert their imported cargoes to the country nowadays.

A second trader commented, “The upward movement remains in place in China’s LDPE market amidst low supply levels and healthy demand. This is encouraging several Vietnamese traders to re-export their Middle Eastern LDPE film cargoes to China at competitive levels.”

A Vietnam-based trader noted, “Normally, we see re-exported PE from China in Vietnam. However, the opposite scenario is the case this time since LDPE film offers below the $1300/ton CFR, cash level have become rare in China.”