by ChemOrbis Editorial Team - content@chemorbis.com
In Southeast Asia, PP offers for regional origins are currently trading at par with Middle Eastern cargoes, according to ChemOrbis Price Index. This is due to the fact that Southeast Asian sellers are following an aggressive policy in order to protect their market share against potential Chinese exports. Across the regional markets, Southeast Asian PP should normally carry a premium over Middle Eastern prices as Southeast Asian materials are exempted from customs duty owing to the ASEAN free trade agreement.

This week, overall import homo-PP injection and raffia prices were reported at $1080-1170/ton CIF SEA, cash equivalent basis. The lower end of the range was formed by done deals concluded for both Southeast Asian and Middle Eastern origins.

A trader operating in Malaysia stated, “We received a proposal about distributing coal based Chinese PP in Southeast Asia. However, we did not accept it as we believe that exports of Chinese PP will not be workable for now.”

Meanwhile, according to data from ChemOrbis Price Index, import homo-PP prices on a CFR SEA basis declined to their lowest level since mid-February. 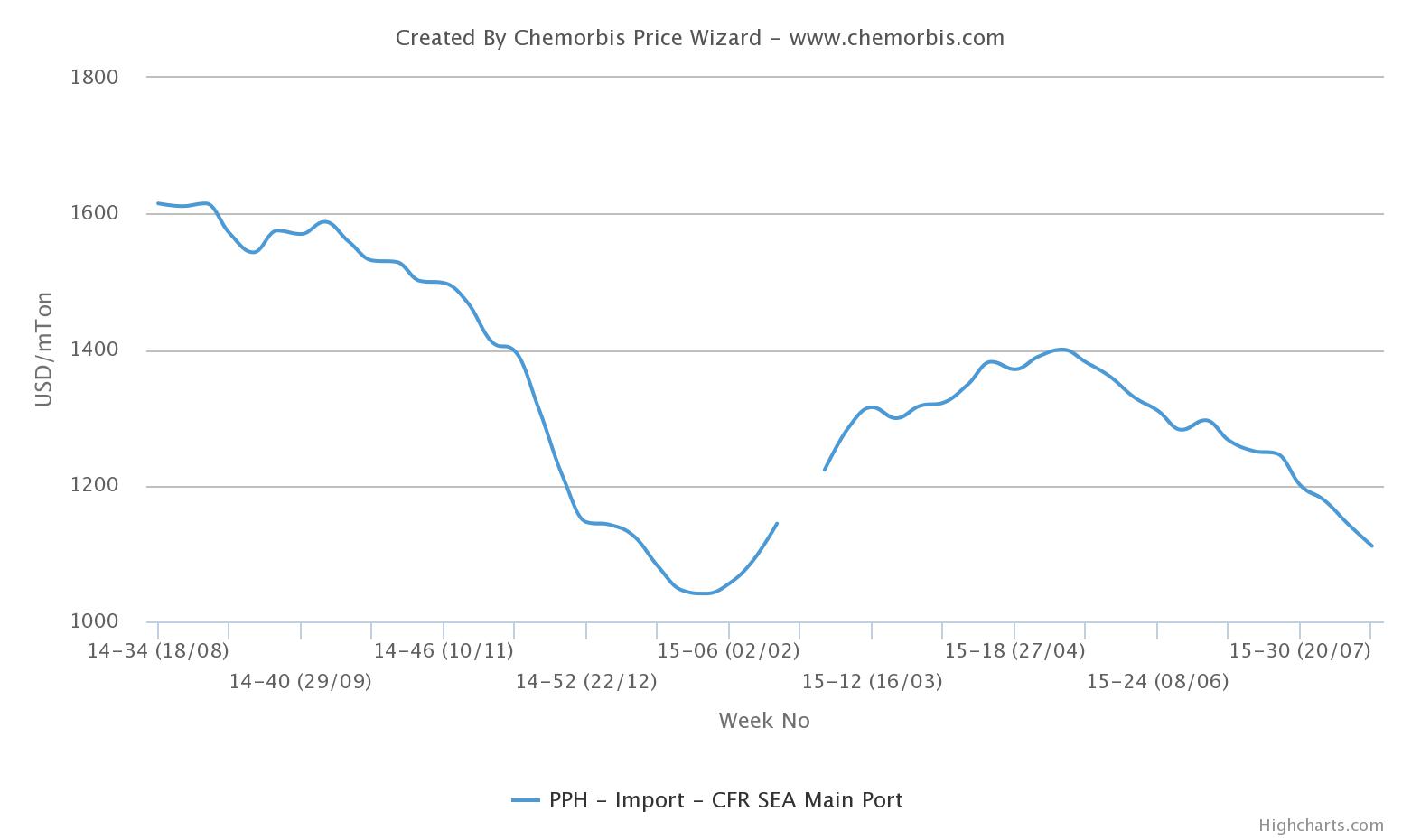