by ChemOrbis Editorial Team - content@chemorbis.com
Spot styrene costs in Asia posted increases when compared to the beginning of February which supports downstream markets in the region. PS and ABS suppliers added to their hike requests this week citing higher production costs while several styrene turnarounds scheduled for spring are likely to provide support for the styrene market.

When a weekly comparison is made, spot styrene prices on FOB Korea basis were up by $25/ton week over week. The gain was larger when compared to early February, as styrene costs soared by $70/ton with the same terms since the month started. 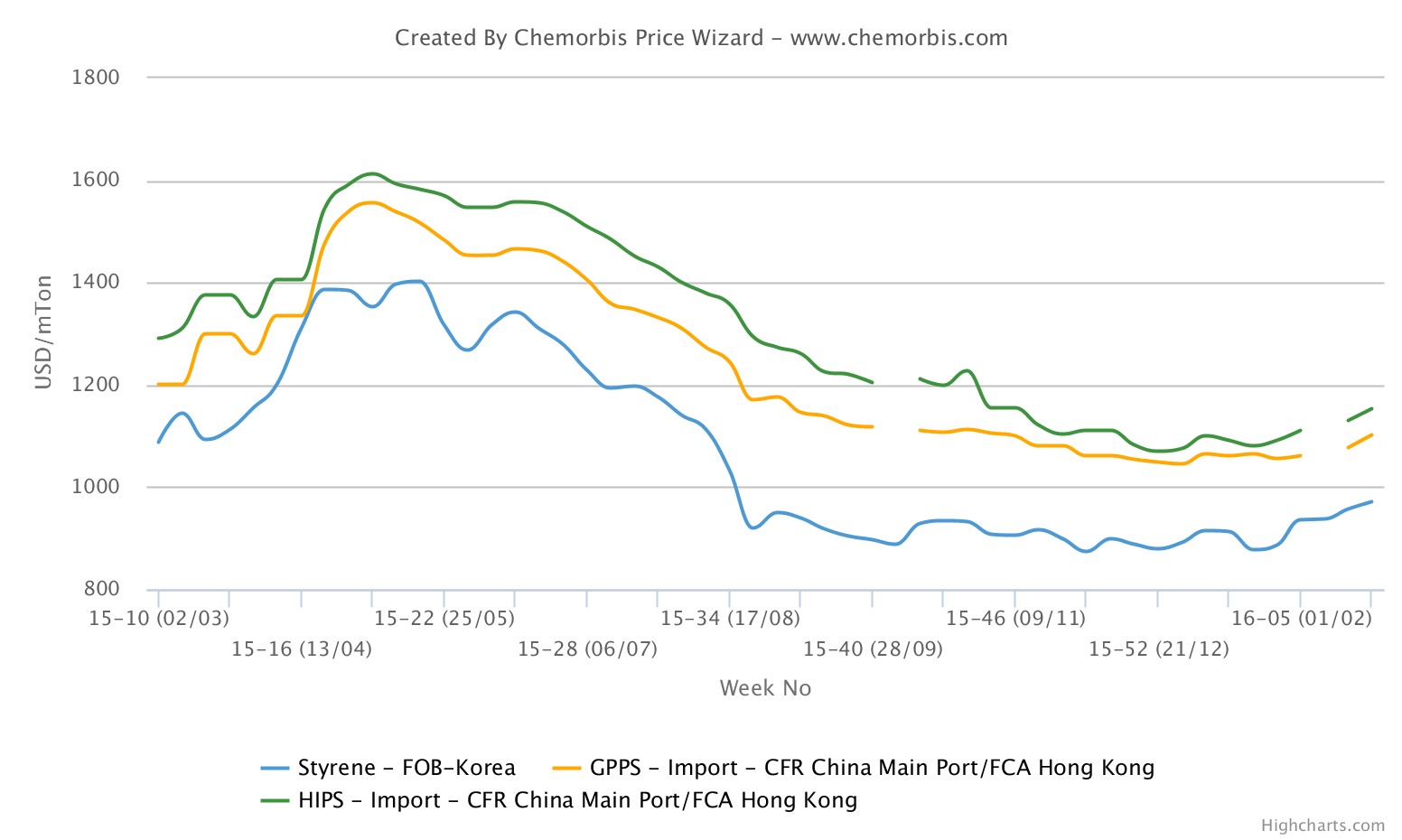 In downstream markets, PS and ABS made a strong return from Lunar Year holidays as sellers applied increases in the region. A Southeast Asian producer continued to lift their PS prices this week. “We issued additional hikes given higher styrene prices. Demand was good in general,” a producer source said. An agent of a Taiwanese PS maker reported, “Our producer increased their offers by $30/ton for GPPS and ABS while they raised HIPS by $40/ton. We expect further increases in the near term.”

To track the most updated PS and styrene production news, please see PS Production News (For members only)

A trader in China feels that PS prices still have room to increase further since they are yet to rise as much as styrene monomer costs. Plus, there are some maintenances coming up, he reminds. A different seller from Malaysia said demand in the region is yet to revive much, while HIPS prices moved up further by $20/ton from last week.

A Chinese PS producer reported improved activity when compared to the same month of last year. “We expect PS prices to follow a stable to firm trend for a while rather than posting huge gains depending on the demand side,” a source from the seller opined. Another Chinese producer will start offering for March shipment materials next week. “We are mulling over issuing modest hikes in order to catch up with higher monomer costs. Styrene supply will be a bit tighter soon given shutdowns,” the producer noted.