by ChemOrbis Editorial Team - content@chemorbis.com
In Europe, spot propylene prices were steadily down since the first week of October as some crackers in the region resumed production following shutdowns which increased propylene availability. According to ChemOrbis Prize Wizard, the weekly average price for spot propylene has sunk to the lowest level in six months.

Propylene supply is projected to get more comfortable heading to the year-end since more capacities are underway for end November amidst delayed restarts at certain crackers. 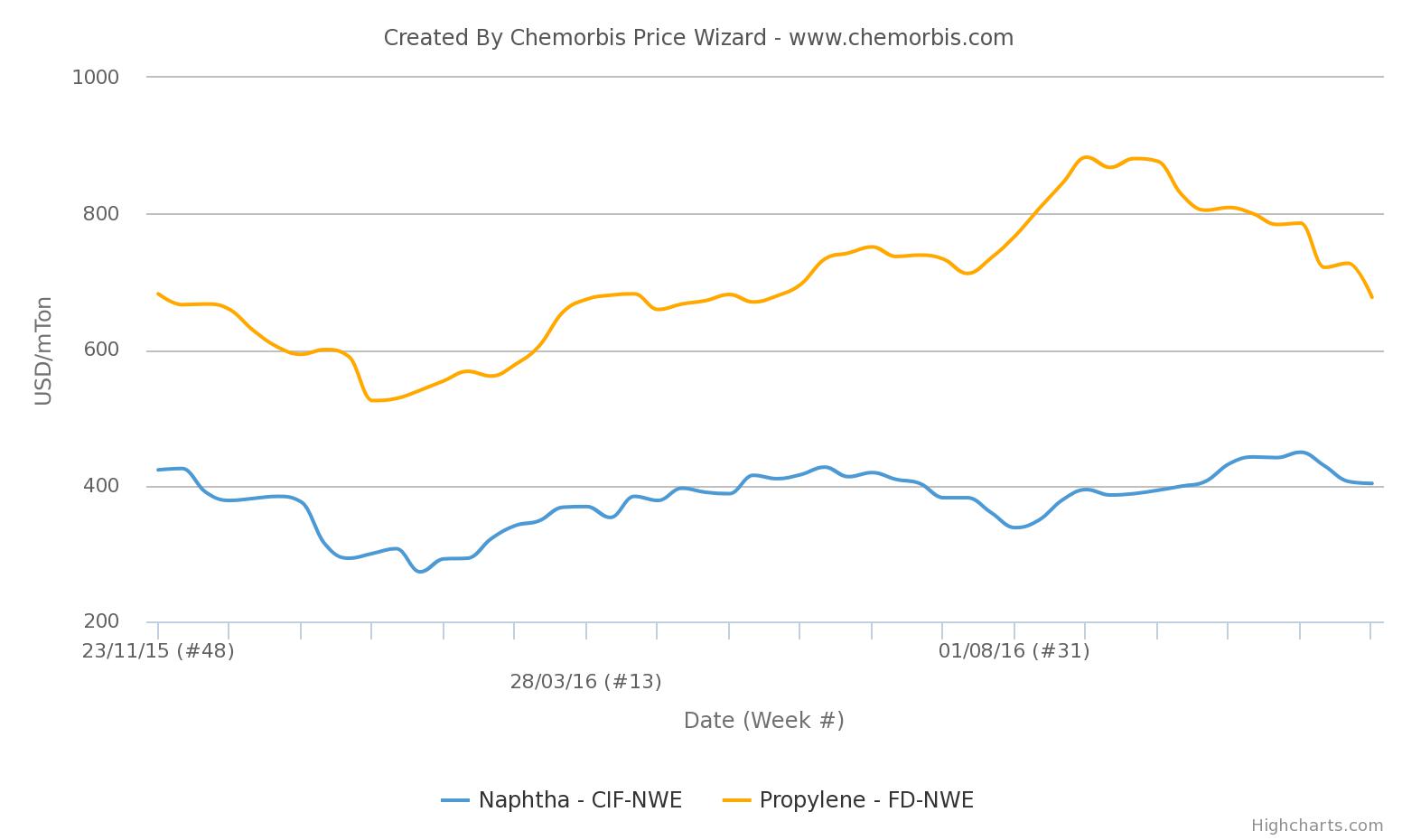 BASF restarted its Ludwigshafen cracker No.1 by the second week of November. The 1 million tons/year complex was shut late October. LyondellBasell brought one of its crackers in Wesseling, Germany (a total capacity of 1 million tons/year) offline due to a turnaround in September, while it was said to be back to production earlier in November.

Versalis was to restart its 350,000 tons/year Dunkirk cracker this month following a maintenance that started in early September. Ineos’ Rafnes cracker in Norway and Slovnaft’s Bratislava cracker in Slovenia (220,000 tons/year) were due to resume operations in November.

Hungarian MOL delayed the restart of its Tiszaujvaros cracker which was shut in August to late November. The 250,000 tons/year cracker was previously slated to restart in October.

Meanwhile, a potential strike could disrupt operations at Shell’s Pernis refinery as well as Moerdijk petrochemical complex, according to market sources. Even in such a case, returning crackers in the region would compensate any possible impact of suspension, some players commented.

Spot propylene prices on FD NWE basis were down €40/ton week over week. Among rising supplies, lower crude oil prices and spot naphtha costs were other factors weighing down on the propylene market. Spot naphtha prices lost $20/ton on CIF NWE basis as ICE Brent crude oil futures were down by around $1.5/bbl since the month started.