by ChemOrbis Editorial Team - content@chemorbis.com
Southeast Asian PS markets continued to track a firmer path over that past week despite a recent slowdown in demand reported by regional sellers. Players attribute the persistently bullish PS trend to firmer spot styrene prices in Asia, which are currently reported at $1100/ton FOB South Korea, the highest level recorded since the middle of last August.

Data from ChemOrbis Price Index shows that import prices for both GPPS and HIPS have reached their highest levels since August 2015 following the recent increases. Meanwhile, as can be seen in the graph, the gap between GPPS and HIPS prices has narrowed significantly over the past week due to stronger demand for GPPS across the region. Plus, sellers state that they are not able to raise their HIPS offers much given the competitive levels obtainable for ABS in the region. The data shows that the spread between GPPS and HIPS prices is now at around only $10/ton. 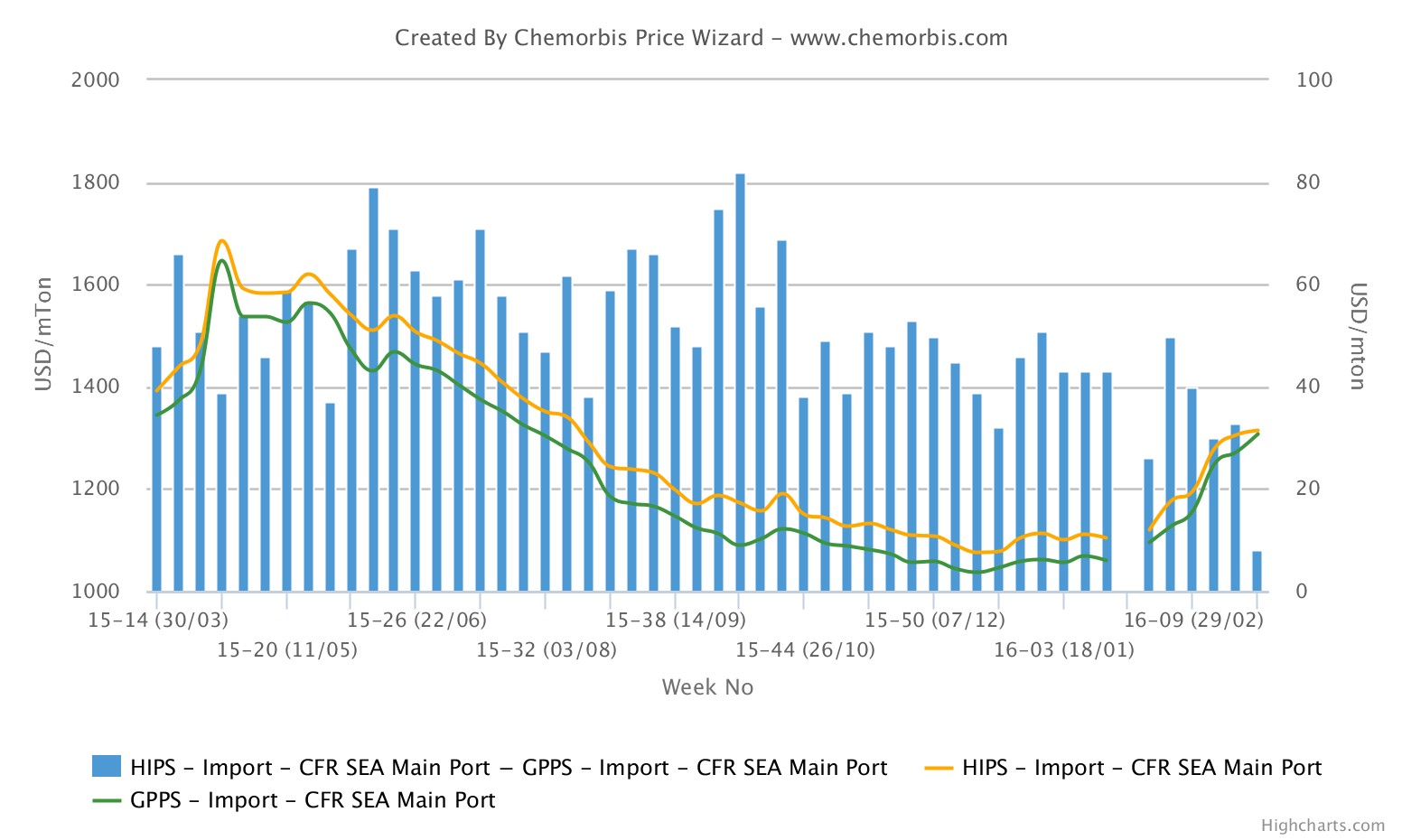 A source from a Taiwanese producer reported that they implemented additional increases of $30/ton on their GPPS prices to Southeast Asia today while issuing a modest decrease of $10/ton for HIPS, bringing their new GPPS and HIPS offers to a single level of $1300/ton on a CFR China/CIF Southeast Asia, cash basis. “We raised our GPPS offers to Asia as our March allocation is already sold out. Meanwhile, demand for HIPS remains normal and we are trying to attract better buying interest by lowering our prices slightly,” the source stated.

A source from a Southeast Asian producer also reported that they issued an increase of $20/ton on their PS offers to regional markets today. The source attributed their recent increase to firm styrene costs, commenting, “We believe that spot styrene prices will continue to rise until the end of May due to the ongoing maintenance season in Asia. However, we believe that buyers can obtain modest discounts of $10-20/ton if they negotiate with their suppliers.”