by ChemOrbis Editorial Team - content@chemorbis.com
Players report that import HDPE prices in Southeast Asia are trading at their highest premium over China for the past six months as slower than expected demand from China weighs down prices in that country. Southeast Asian players comment that regional prices will also face some downward pressure if prices in the nearby Chinese market remain soft. 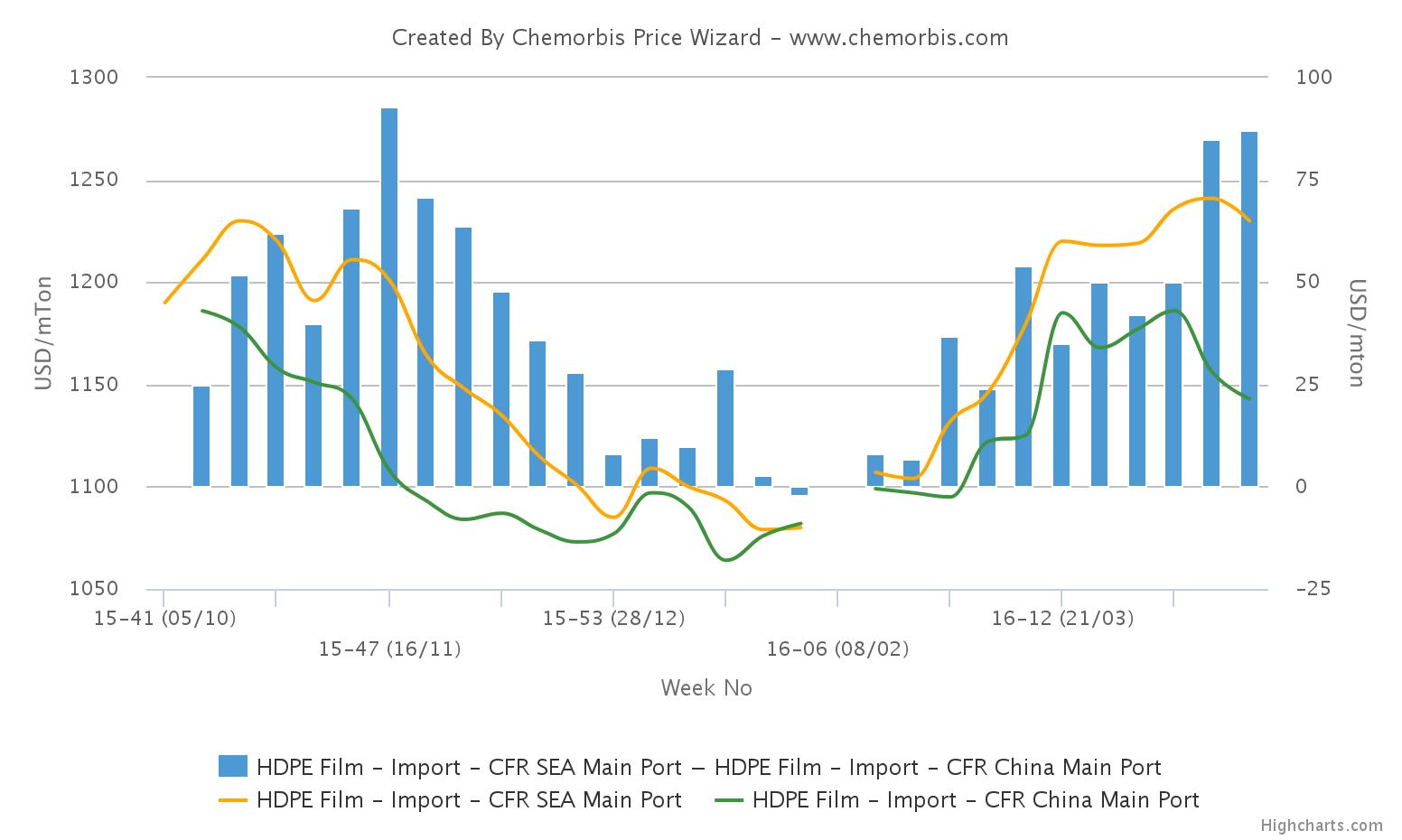 According to data from ChemOrbis Price Index, import HDPE film prices on a CIF SEA basis are currently trading at their highest premium over import prices on a CFR China basis since November of 2015. The premium for HDPE prices in Southeast Asia over China currently stands at around $85-90/ton, a level at which Chinese traders could potentially look to re-export cargoes to Southeast Asia in search of better netbacks.

A trader based in Vietnam stated, “Our offers for Middle Eastern HDPE film are not attracting any real interest from the market these days as our customers claim to be able to source more attractively-priced re-export cargoes from China. Sentiment is generally bearish these days as most converters are cautious about purchasing owing to their concerns that prices may decline.” A plastic bag manufacturer based in Singapore commented, “Our end product business is stable while we believe that prices are likely to follow a softening trend over the short term given slowing demand from the nearby Chinese market.”