by ChemOrbis Editorial Team - content@chemorbis.com
Southeast Asia’s import PE market continued to follow the decreasing trend in China this week as import LLDPE and HDPE prices have moved below the $1100/ton threshold this week. This followed the Chinese market, where HDPE and LLDPE prices broke below the $1000/ton threshold in China for the first time since early December last week. The ongoing sluggishness of demand was cited as the reason behind the bearishness while the emergence of deep-sea cargoes at competitive prices contributed to the downturn this week in Southeast Asia.

As can be seen in the graph below created by ChemOrbis Price Wizard, weekly average LLDPE film and HDPE film prices in Southeast Asia have been following a decreasing trend since late February. Meanwhile, LLDPE’s premium over HDPE has shrunk considerably on average price of ChemOrbis Price Index. 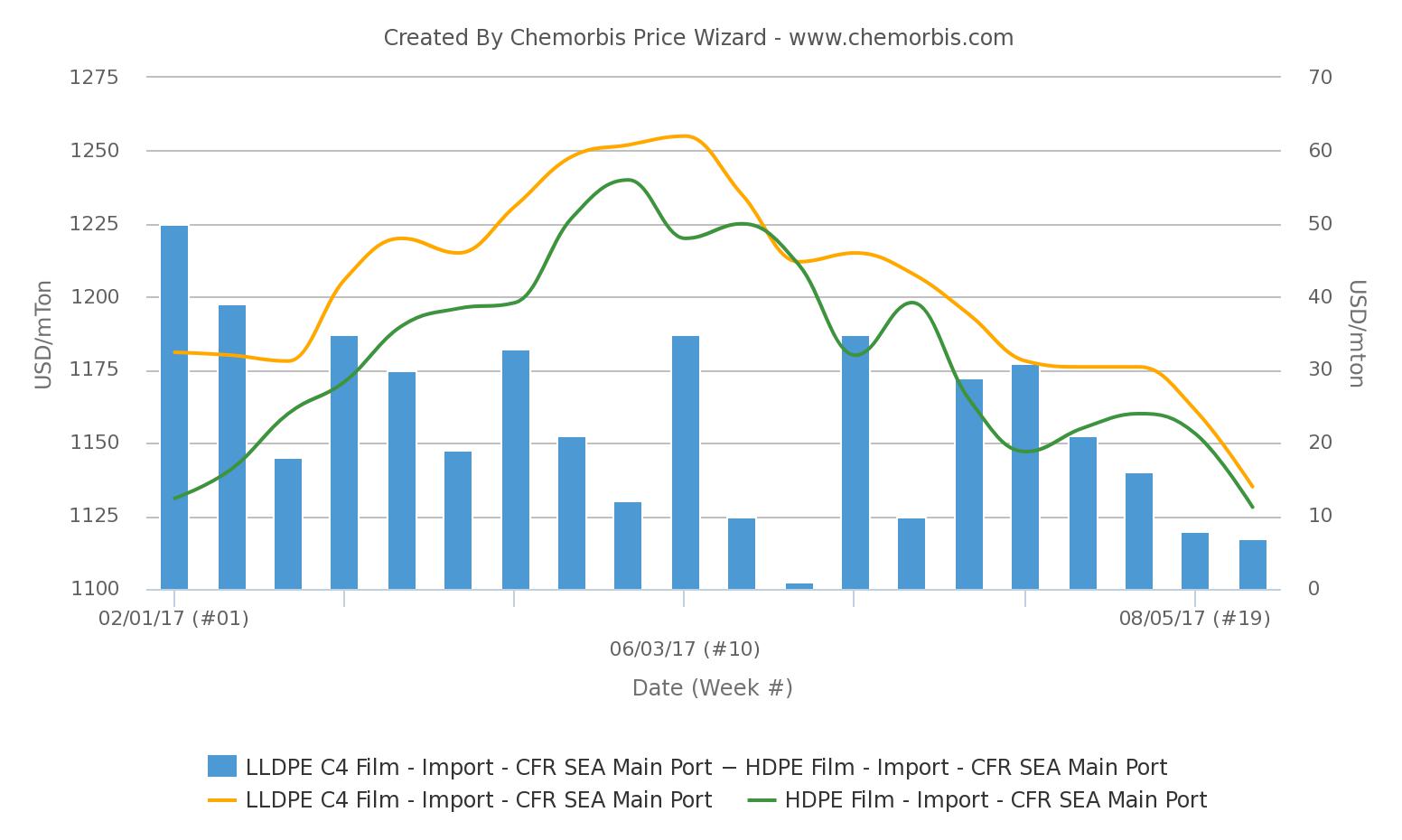 A trader in Vietnam commented, “Lower offers for deep-sea PE cargoes have shown up this week. The market is quiet nowadays as players are away from the market due to ChinaPlas Fair. Although deep-sea PE cargoes are $50-100/ton lower than producers’ levels, buyers sourced in small quantities or remained sidelined as the shipment period for US and European materials takes about 45 days. Among PE grades, demand for HDPE is the weakest as there is no shortage for this grade while LDPE is firm due to lesser supply. We think the direction of the market will depend on China’s route.”