Sentiment firms in spot styrene markets on heels of shutdowns

by Başak Ceylan - bceylan@chemorbis.com
Spot styrene prices in major markets have mostly followed the direction of naphtha and crude oil prices, which have been climbing steadily since the end of December. Further adding to the firm sentiment has been the expectation that supply will be tighter due to approaching maintenance shutdowns.

Prices already up in Europe

The recovery in European spot styrene prices that kicked off by the second week of January continued through last week. Firmer prices were attributed to the improved buying sentiment as market players began seeking volumes, anticipating future supply tightness amid a series of maintenance shutdowns.

Contract discussions heard to be affected

Coupled with higher feedstock costs, firm trend in styrene prices has also set the stage for a possible gain in March contracts in Europe. Initial expectations for March are for an increase of around €40-50/ton compared with February.

The US spot market has followed a mostly firming trend since early January, according to ChemOrbis Price Wizard. Although still considerably lower compared with 2018, the weekly average of spot prices on an FOB USG basis stands more than %15 above the two-year low seen in December last year. 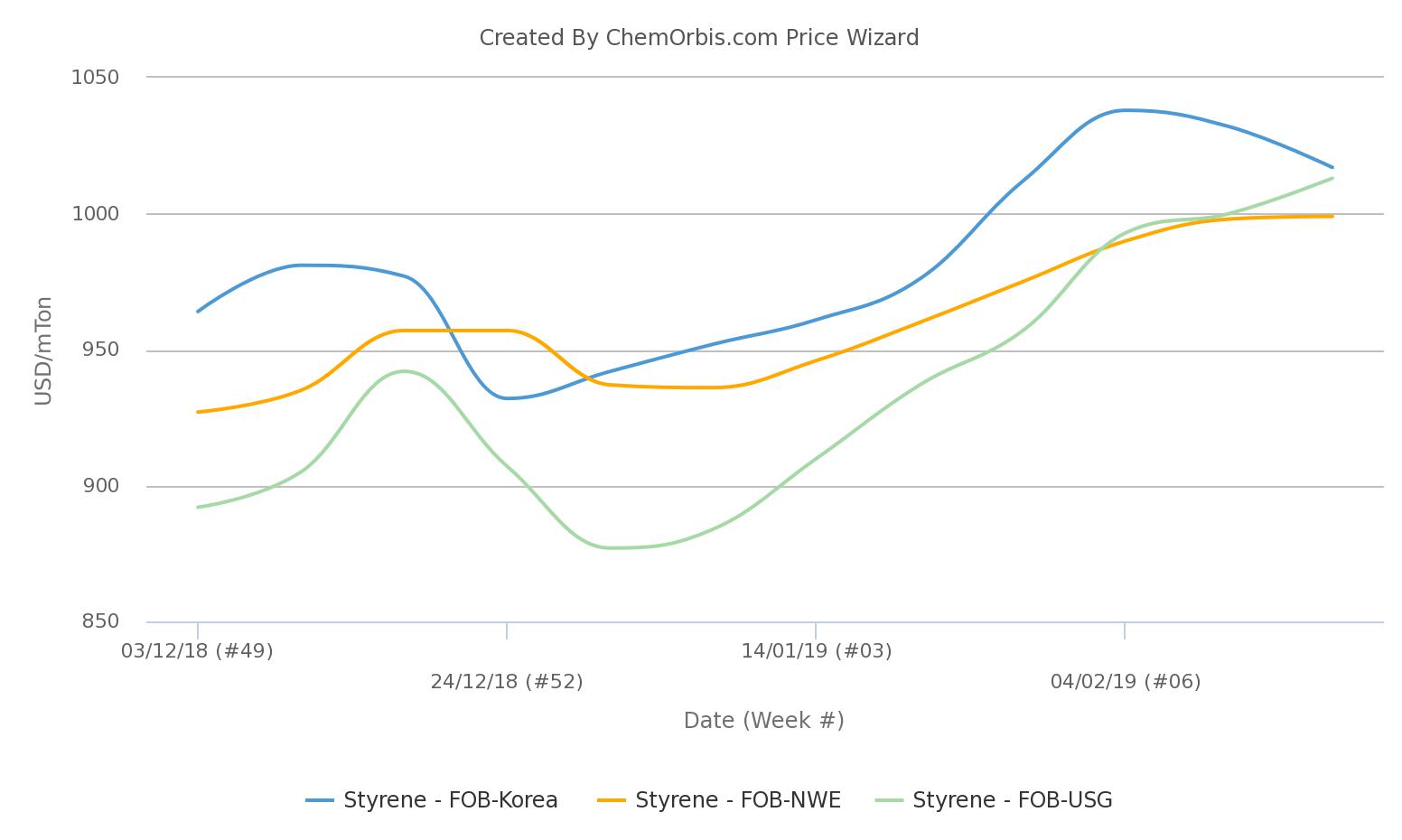 Hopes of recovery rise in Asia

Spot styrene prices in Asia were mostly stable due to the Chinese New Year holiday in early February and witnessed declines of around $25-35/ton after the holiday. The weekly decline came on the heels of limited buying interest as most end-products manufacturers were waiting for the end of the holiday to ramp up operating rates.

However, the market is now anticipated to gain some ground on expectations of seeing better demand, with a heavy turnaround season scheduled right around the corner.

More than 4.3 million tons/year of styrene capacity is scheduled to be offline in Asia from February until the end of June. The completion time for the scheduled turnarounds varies from 20 days to one and a half months.

To track the most updated styrene and PS production news, please see PS Production News (For members only)