by ChemOrbis Editorial Team - content@chemorbis.com
Asia’s PS and ABS markets followed a decreasing trend for around two months in the wake of declining upstream costs and weak demand across the region. However, spot styrene prices have slightly rebounded from a six-month low recently, which has relatively improved the sentiment on sellers’ side and tempted some of them to ask for stable or even higher prices for the first time since early June. 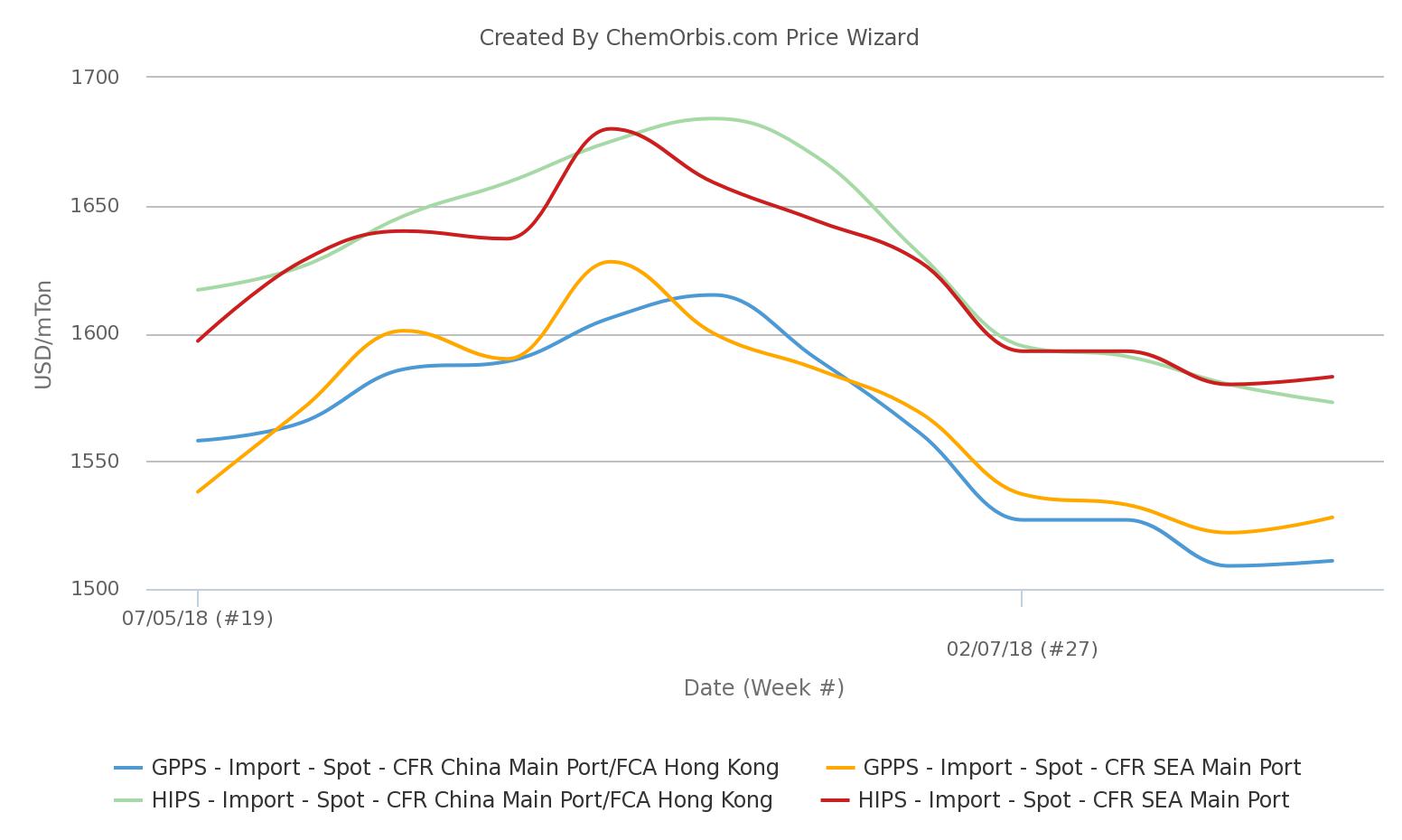 Nonetheless, converters in China and Southeast Asia approached firmer requests of their suppliers with skepticism and continued to keep their purchasing volumes moderate so far.

A trader in Indonesia received increases of $70/ton for GPPS and $20-50/ton for HIPS week over week. “Firmer spot styrene prices in the region have not boosted spectacular demand so far,” he said.

“We elected to maintain our prices flat for GPPS, HIPS and ABS to China and Southeast Asia this week. Yet, buyers’ response to our firmer attitude has been limited as the devaluation of local currencies against the USD keeps activity modest,” a source from a Thai producer reported.

A South Korean producer lifted their ABS prices by $50/ton and added that they expect to conclude deals below their current price levels. A trader in China also raised his Taiwanese and South Korean ABS offers by $10-20/ton when compared to last week. He stated, “Some traders started to take position although manufacturers continue to refrain from building extra stocks.” 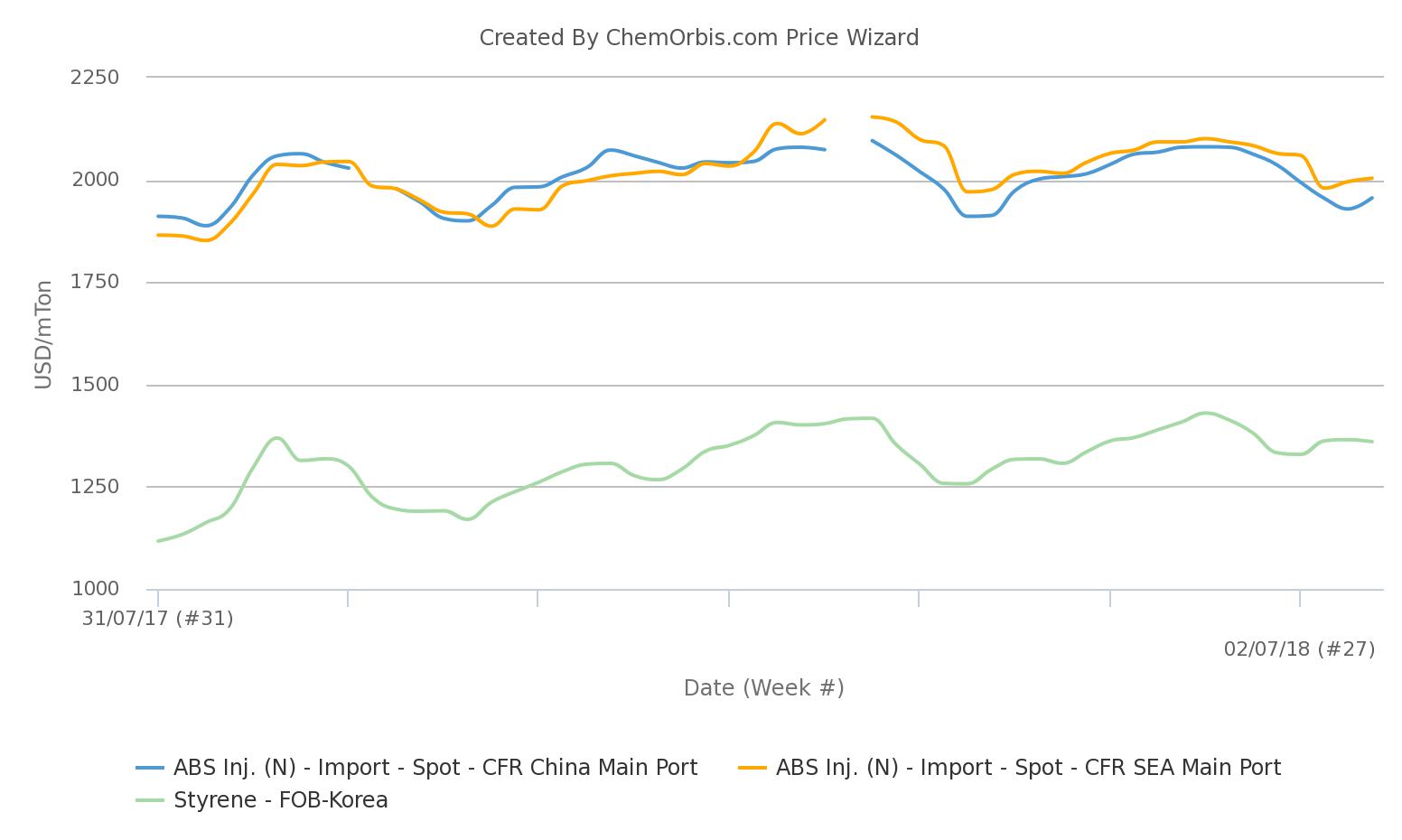 “Our PS and ABS prices are steady to higher this week counting on relatively improved sentiment owing to the slight gains in styrene prices. Yet, offers on the high ends have lacked of buying interest amid the ongoing cautiousness on buyers’ side,” reported a supplier.

A Taiwanese PS maker reported keeping their offers flat, adding that they are subject to negotiations. “PS offers have been unable to catch up with the firming of styrene given the lack of support from demand. Although there is buying activity, players are not sourcing any cargos beyond their basic needs. We think the direction of styrene and the impact of the ongoing trade war between US and China will be key factors to shape the future trend,” commented a producer source.