by ChemOrbis Editorial Team - content@chemorbis.com
In Europe, sentiment in the propylene market has turned a bearish note recently due to the recent plant shutdowns in the derivatives market. The prevailing spot propylene prices on FD NWE basis indicate declines of around €50-55/ton from a week earlier.

According to weekly average prices on ChemOrbis Price Wizard, propylene costs on FD NWE basis had followed a stable to firm trend since mid-July due to tight availability. However, production outages in the derivatives market have weakened the buying interest towards the monomer, which resulted in softening in prices recently, according to traders in the region. 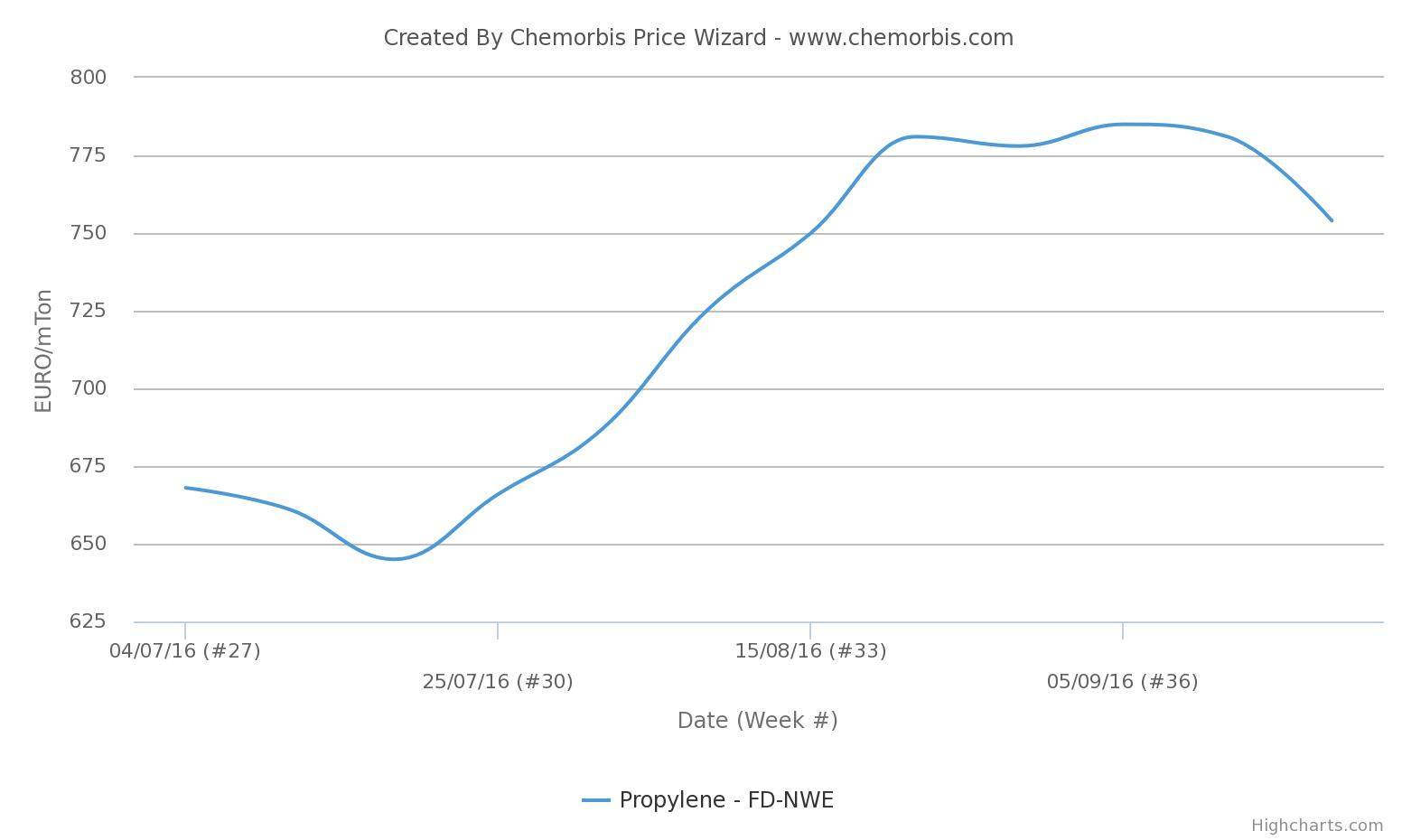 Looking at production news in the European PP market, INEOS declared a force majeure on its 90,000 tons/year PP line in Belgium on August 22 due to a technical issue while the company also started a planned maintenance at its 285,000 tons/year PP unit in the UK on September 11. The unit is expected to be offline for around a month. In addition, market sources have claimed that Borealis declared a force majeure on PP output from its site at Kallo, Belgium on September 15.

Meanwhile, Brent crude oil prices have adopted a bearish trend again for the last two weeks, according to weekly average prices on ChemOrbis Price Wizard. However, looking at the naphtha costs in the region; prices are suggesting an increase of around $35/ton from the beginning of the month. Market players are currently gauging the possible effect of all these factors on the October monomer settlement. 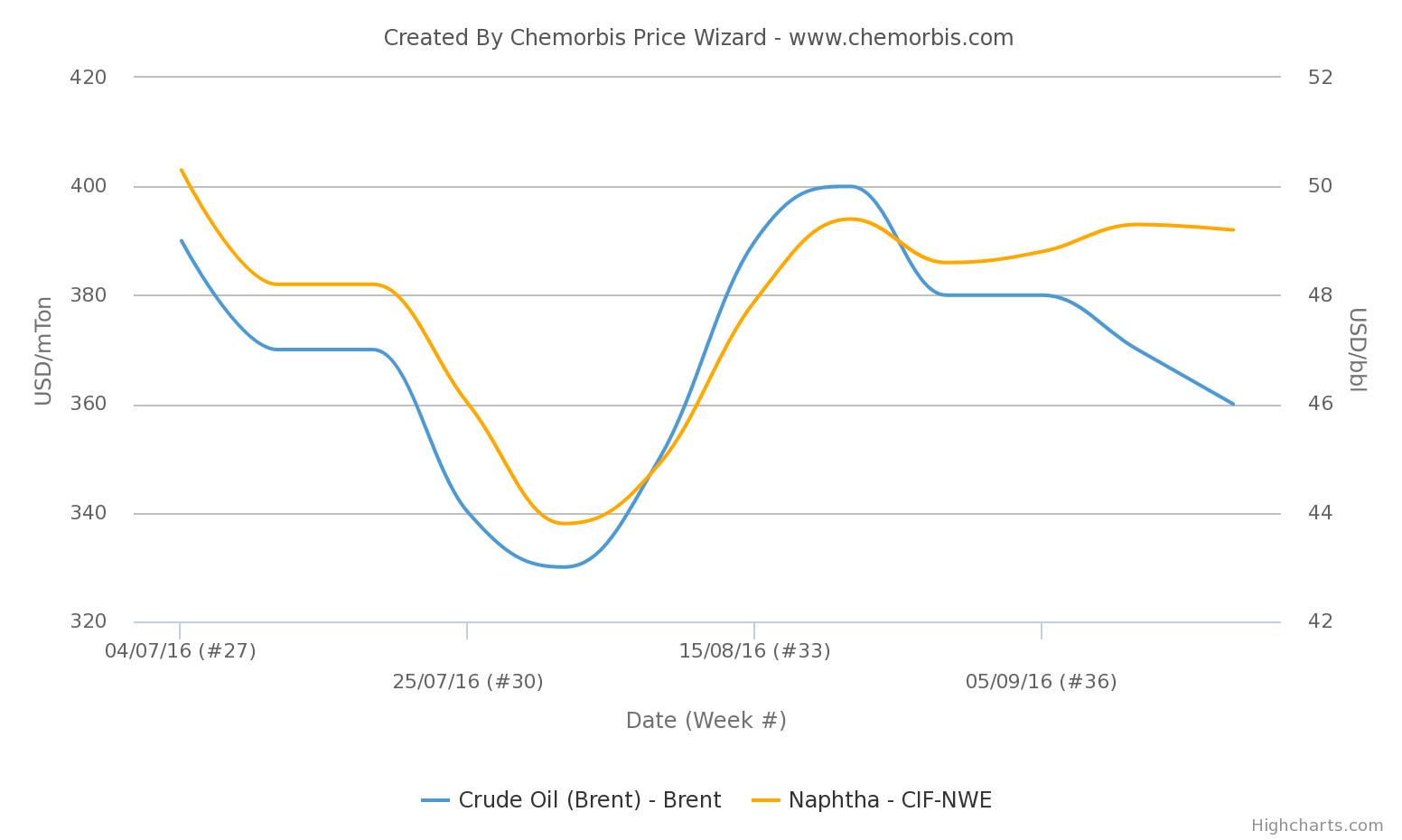