by ChemOrbis Editorial Team - content@chemorbis.com
Polyolefin markets in Turkey were on a bullish trend since mid-December of last year driven by reduced supplies from the Middle East and Iran in particular. The relentless hikes pushed PP and PE prices above China in the first half of February, according to data from ChemOrbis Price Indexes. However, crude oil prices on the NYMEX broke below $50/bbl late last week and remained under that threshold since then. This factor coupled with slowing demand and falling prices in China’s polyolefin markets have caused the sentiment to shift this week.

“Manufacturers already procured their requirements and went to the sidelines in anticipation of seeing softer prices next month now that prices in China retreated this week,” a sack maker commented. “Most buyers are covered until April now,” said a trader, who cut his PP fibre prices for various origins by $20/ton to entice some buying interest. 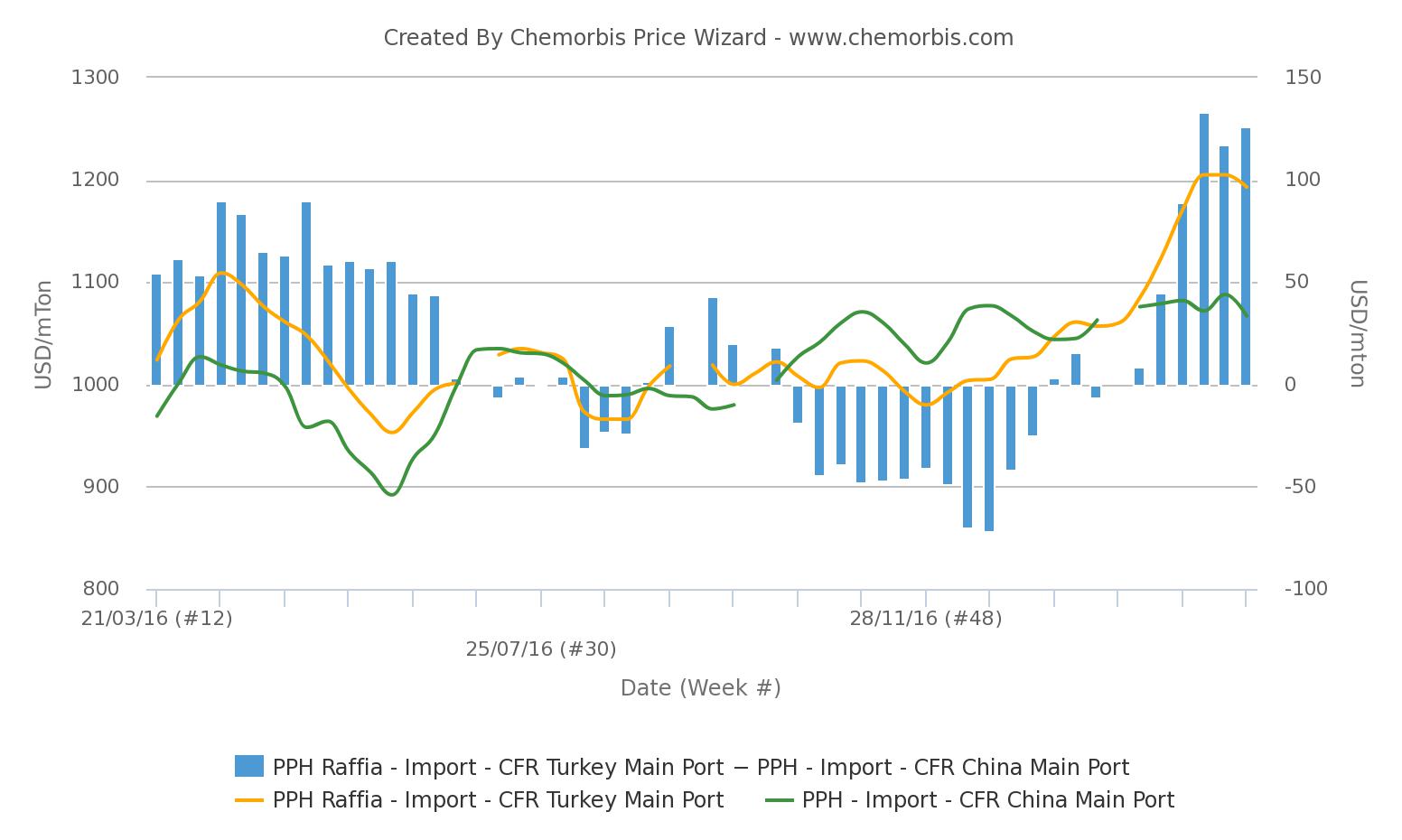 No price cuts from the producers’ side have emerged yet, although traders have been more willing to give discounts compared to the previous weeks. “It seems Iran preferred to direct their materials to Turkey where profits were higher than many other markets right before Newroz Holiday,” a trader commented. Discounts for Iranian PP cargos ranged between $20/ton to $35/ton, according to several players. Saudi Arabian offers edged down $10/ton for both raffia and fibre.

For PE, the import market did not change much as most Middle Eastern sources concluded their March quotas, but the distribution market eased down by $20-40/ton week over week. “Supply is more than sufficient for some grades such as HDPE film and blow moulding. Although HDPE pipe 100 availability remains limited, buyers received $20-30/ton lower prices for South Korean cargos this week. 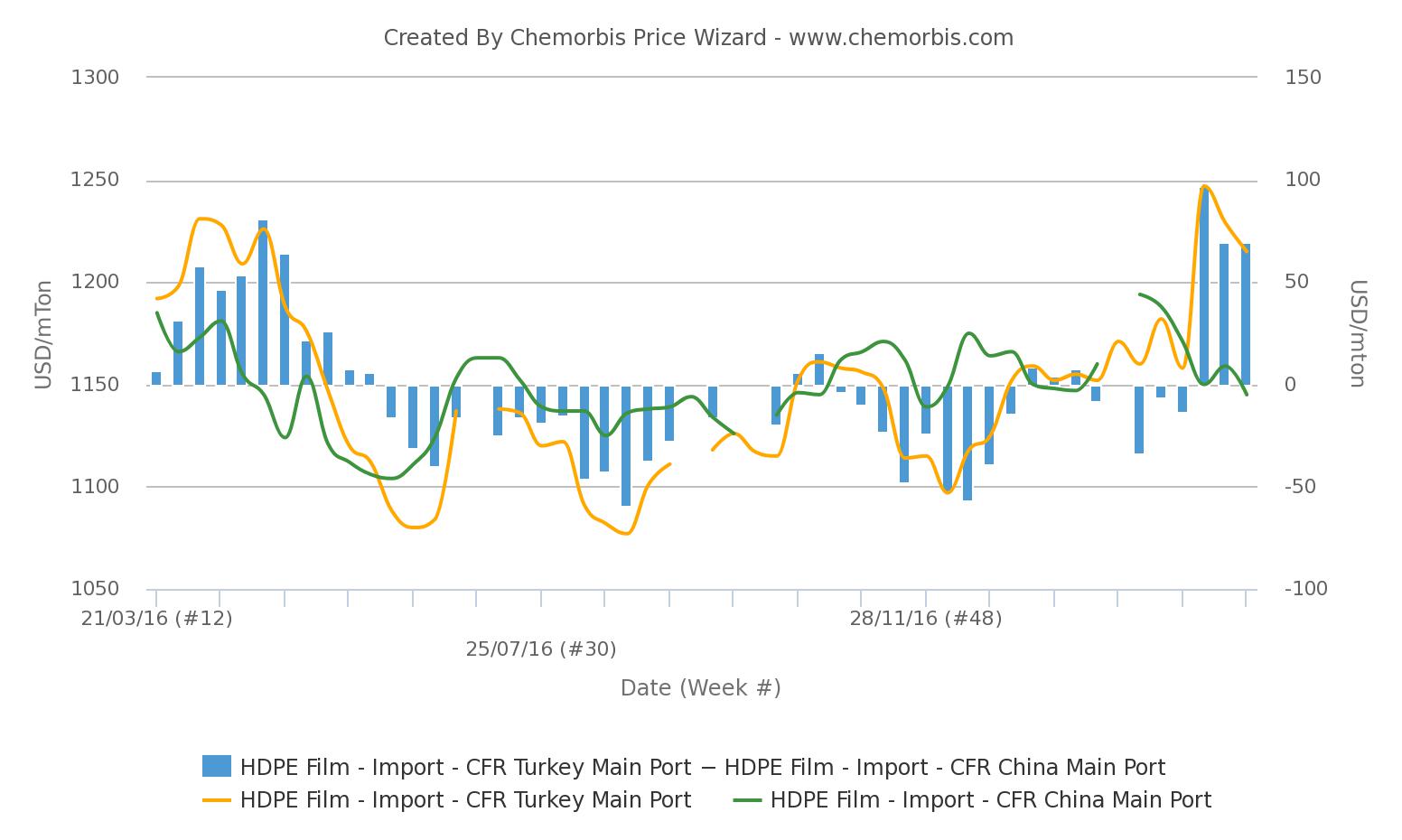 A large PP, PE trader reported lowering their prices to some customers given the fact that other traders conceded to discounts in a panic mood. A packager opined, “There is no supply concern while demand is not so good ahead of the country’s upcoming political referendum. China is falling and therefore, a downward correction can emerge.”

According to the data from ChemOrbis Price Index, Turkey is currently carrying a premium of almost $130/ton for homo PP and $140/ton for LDPE over prices in China. Yet, the delta between the two markets is more modest for HDPE and LLDPE, at around $40-60/ton.

Players do not expect to see dramatic falls over the short term, saying that instead, the inflated prices levels will likely disappear since price levels have reached a peak recently. On the other side, China’s futures markets firmed this week, but players are not expecting a rebound soon even if high stock levels in the country are digested. Another factor to watch will be the oil markets, where crude oil futures on the NYMEX recuperated some of their losses on Wednesday after breaking below $50/barrel late last week.