Sentiment weakens on buyers’ side in Turkey’s PE market

by Merve Madakbaşı - mmadakbasi@chemorbis.com
Import PE prices in Turkey followed a firming trend since almost 2019 started with prices recording gradual gains on the heels of reduced supplies from the Middle East.

However, the rising trend halted in May since demand shrugged off seasonal hopes under the shadow of the ongoing political and economic uncertainty as well as Ramadan. The sharp increase in USD/TRY parity caused players to stick to the sidelines. Some Middle Eastern suppliers even trimmed their initial hikes of up to $30/ton to boost their sales. 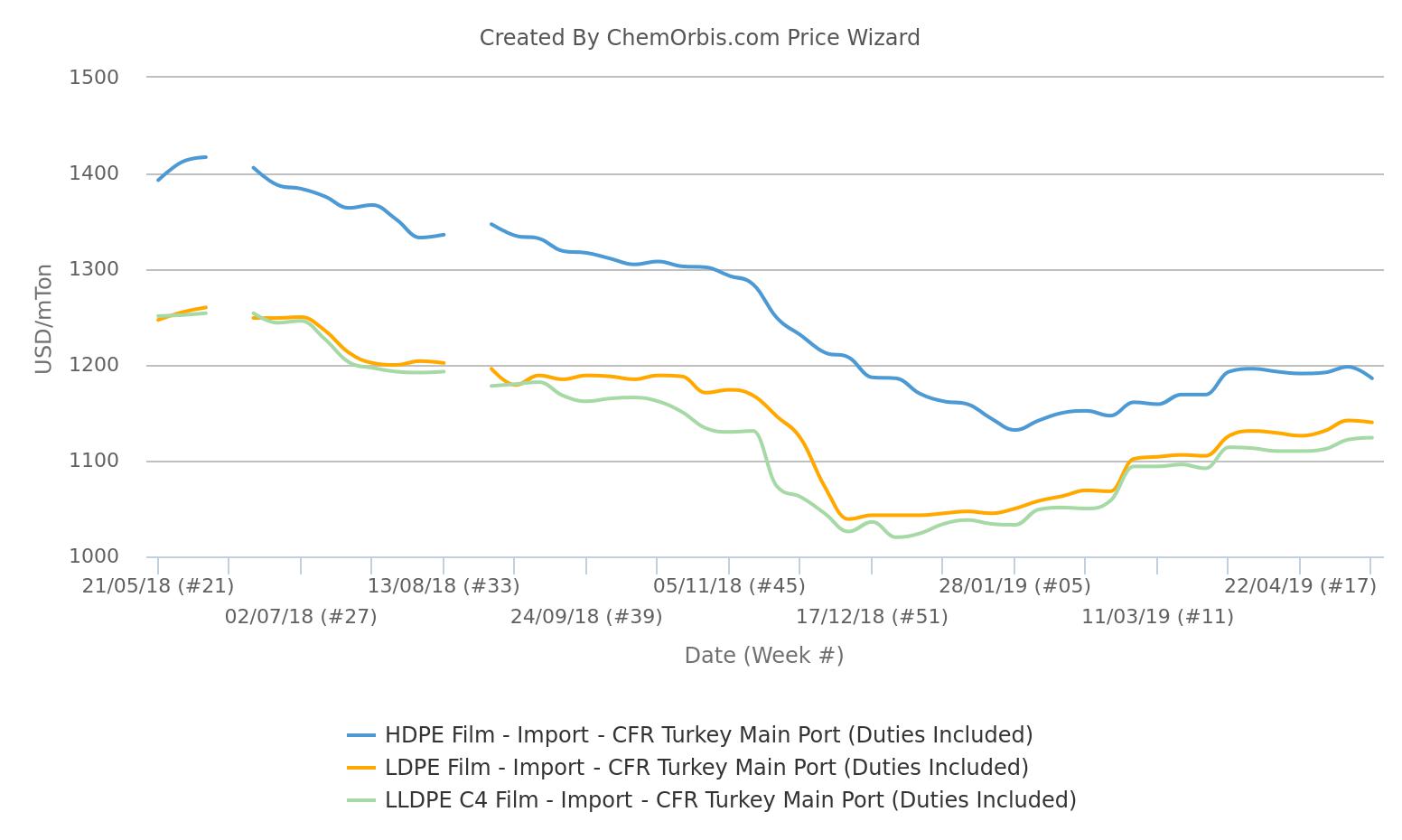 The news that China’s local PE market moved down in response to lower futures markets, re-escalating trade tension with the US and high domestic stocks boosted weaker expectations among Turkish buyers this week.

“We have already received lower Korean HDPE offers at $1180/ton CIF Turkey. Prices are likely to see more drops soon in line not only with weakening trend in Asia but also persisting economic concerns that limit trade,” a packager noted.

A trader argued, “It is early to talk about June and we need to observe the upstream chain and global developments for a while more. Traders may concede to more competitive prices as sentiment in Turkey’s local market has softened since last week. Nonetheless, PE producers may hold their offers flat for next month as their quotas may remain modest.”