by ChemOrbis Editorial Team - content@chemorbis.com
The locally-held PP market has been on a softening trend since the middle of July in Turkey as many buyers went to the sidelines considering economic and political concerns following a military coup attempt last month. Step backs in the import market since then coupled with a falling upstream chain exerted downwards pressure on distributors.

Overall, PP raffia prices were reported at $1270-1320/ton ex-warehouse Turkey equivalent, cash inc VAT, down $10-30/ton from last week. The rumor is that there are lower prices at and below $1250/ton although this was not widely confirmed at the time of publication. 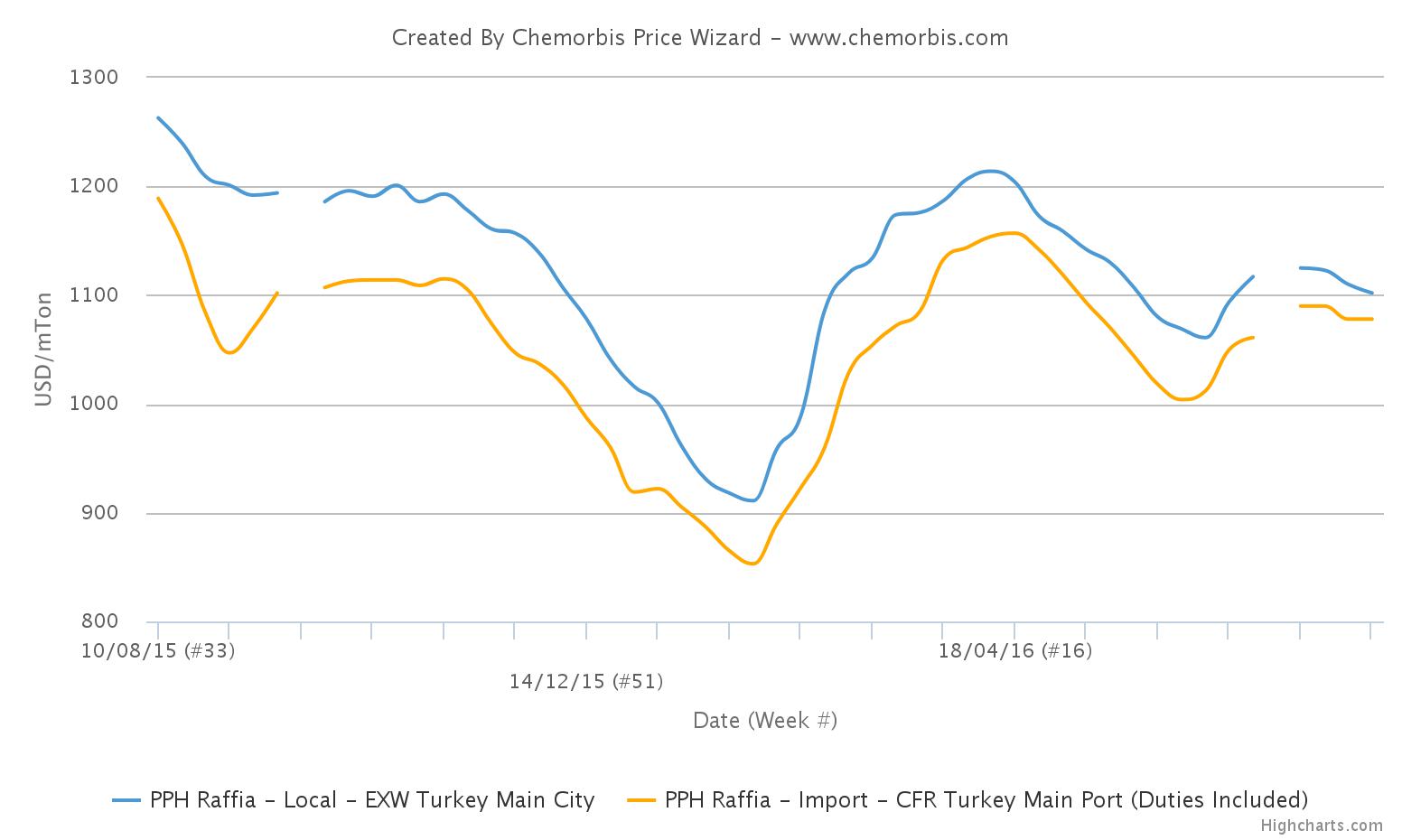 A PP manufacturer claimed to have received a raffia offer at $1250/ton inc VAT, arguing, “Ahead of the Eid holidays, we were holding firm expectations for the post-holiday period. However, demand has failed to improve in the midst of the recent political tension. For the near term, we believe that prices will follow a softening path.”

A distributor also noted, “We started this week with prices at $1280-1300/ton for our Middle Eastern materials, whereas some customers of ours returned with bids at $1250/ton, claiming that they were able to get this price from other sellers. We don’t plan to replace much quantity under these circumstances.”

“Turkey is not under any downwards pressure from other major global markets, but weaker crude oil and mediocre activity may weigh down on polyolefins markets in the coming term,” commented another distributor.

PP markets turned softer in the country following an upturn during the month of June amidst then-higher energy and naphtha costs as well as expectations for a demand revival following Ramadan Holiday.