by Başak Ceylan - bceylan@chemorbis.com
In Vietnam, domestic PP and PE markets enjoyed a brief respite from late September into early October. The resurgence from ten-year lows came on the heels of the oil disruption in Saudi Arabia, which sent shock waves into the markets. Prices were able to hold onto their gains even after the oil production capacity was fully restored, mostly because buyers began stocking up ahead of the high season and in anticipation of higher prices.

However, the rally seems to have come to a stop, with prices for both grades indicating weekly drops of $20 on average. ChemOrbis Price Wizard shows that domestic PP raffia prices increased 3% from September 9 to October 7 before shedding two thirds of this growth since then. Similarly, local PE prices lost around 3% since October 7, returning to levels seen prior to feedstock shortages. 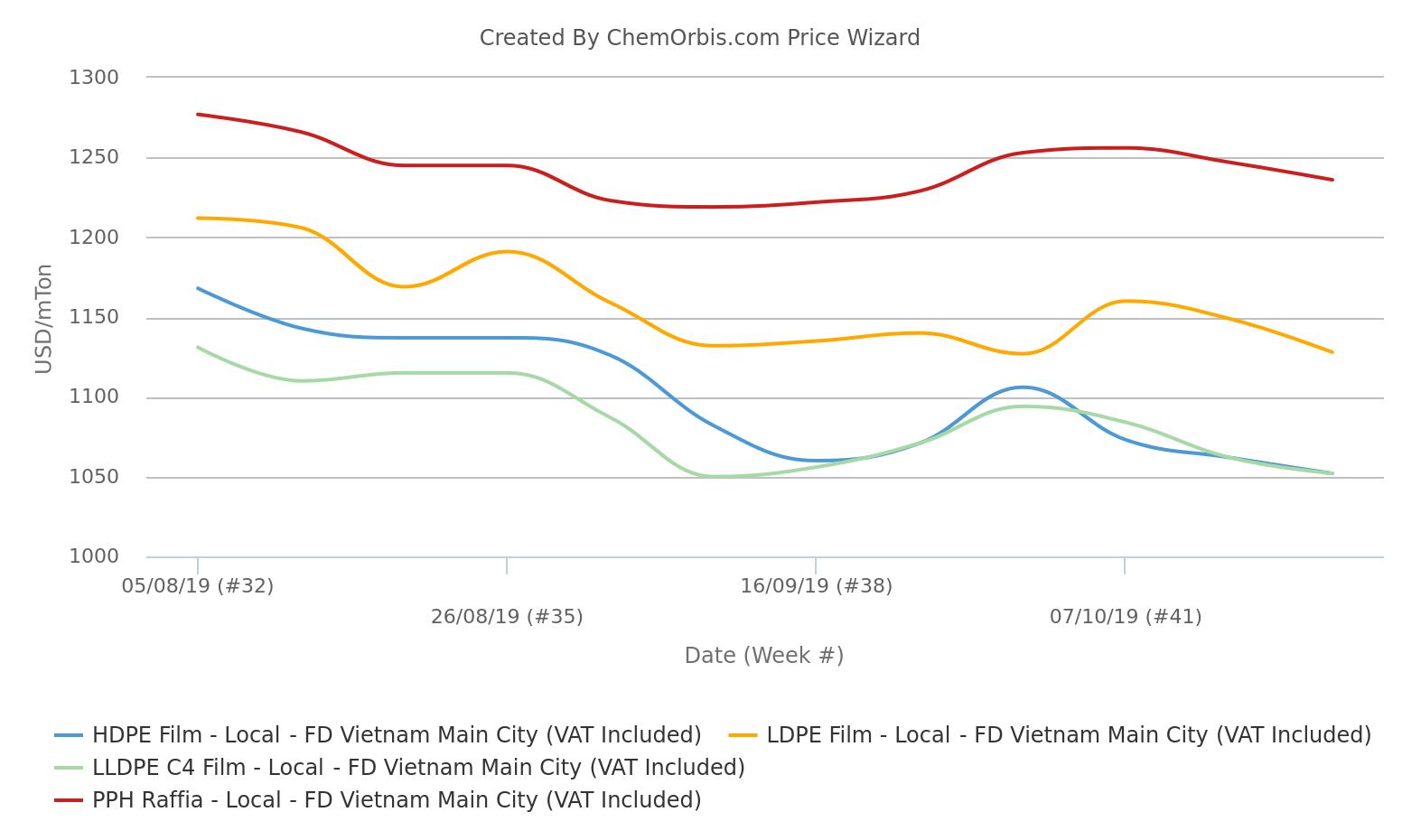 Aside from the knee-jerk reaction to the oil disruption, Vietnam’s local markets were also buoyed by stocking activities that began ahead of high season. Pre-buying gained speed due to players expecting higher prices in the high season and markets remained stable-to-firm until last week. This sentiment was also reflected in a Vietnamese trader’s comments, who said that the better demand for finished products would push prices higher.

With buyers getting gradually stocked up on inventories, markets began to stabilize at the start of last week. However, demand started to dampen in line with weak post-holiday demand from the key Chinese markets.

The Chinese PP and PE markets were slow to shake off the Golden Week holiday slowdown. Plus, import offers to Southeast Asia already yielded to discounts. Accordingly, the domestic markets in Southeast Asia followed suit.

Traders reported last week that Nghi Son Refinery and Petrochemical (NSRP), a major domestic producer, stopped offering material ahead of its scheduled turnaround shutdown. With a 400,000 tons/year PP capacity scheduled to be offline for the next 50 days, players are likely to be on the look for signs of tightness in the market.