by ChemOrbis Editorial Team - content@chemorbis.com
European PET suppliers started to offer slightly lower prices in the second half of September compared to the early September levels given buyers’ resistance. The softening in the spot PET market has gained momentum recently as October deals started to be closed with decreases of €40-50/ton from September. Meanwhile, sellers in the contract market aim for rollovers, citing the wide gap with spot prices. A trader reported, “European producers were not able to reflect notable PX hikes on their prices in September.”

The fading demand amid low season as well as stable to softer expectations for October PX settlements have reinforced the downward trend despite strong crude oil prices.

According to ChemOrbis Price Index, spot PET prices in Italy started to gradually move south by the second week of September after reaching their highest levels not seen in around six and a half year. 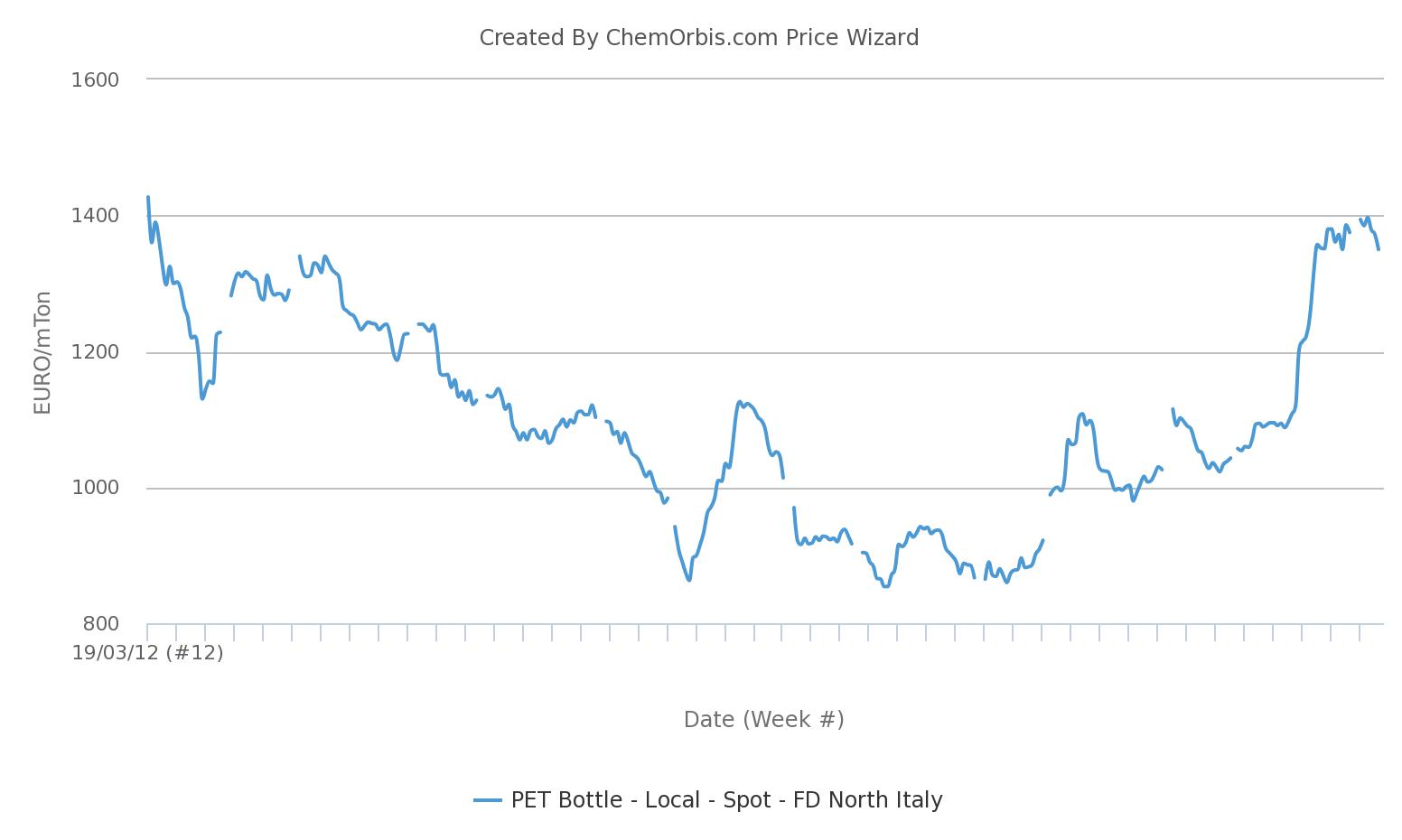 A buyer confirmed decreases of up to €50/ton in the spot market and added, “As the market reached multi-year highs, a decrease in PET prices was inevitable. We expect to see further declines since PET consumption is lower than before. Moreover, increasing use of R-PET as well as anti-plastic campaigns are likely to reduce prime PET consumption further in 2019.”

As for imports, players question whether they will retain their competitiveness or not with their focus on the Chinese PET market. Export prices out of China is yet to post any major changes following the holiday amid voices of a possibly firmer pricing policy among PET producers.