by ChemOrbis Editorial Team - content@chemorbis.com
Following the shift in sentiment in Southeast Asia’s import PET market last week, prices have moved further down this week mainly due to decreasing MEG prices. Players also blamed slow demand throughout the region during the high season for PET for the weekly loss.

Spot MEG prices on CFR China basis are currently standing around $150/ton lower from early February levels, since when they have been witnessing weekly decreases.

A Chinese trader who offers Chinese PET bottle to the region at $1020/ton CIF, cash commented, “Prices posted slight drops again this week due to weaker monomers, particularly MEG prices. Demand, meanwhile, is not so good in the export markets.”

An Indonesian trader reported purchasing Chinese PET bottle at $1020/ton CIF after negotiations and opined “We still find the current done deal level too high to accept, but we had to buy as our inventories are running low. Demand traditionally witnesses an uptick at this time of the year, but this has not been the case this year.” 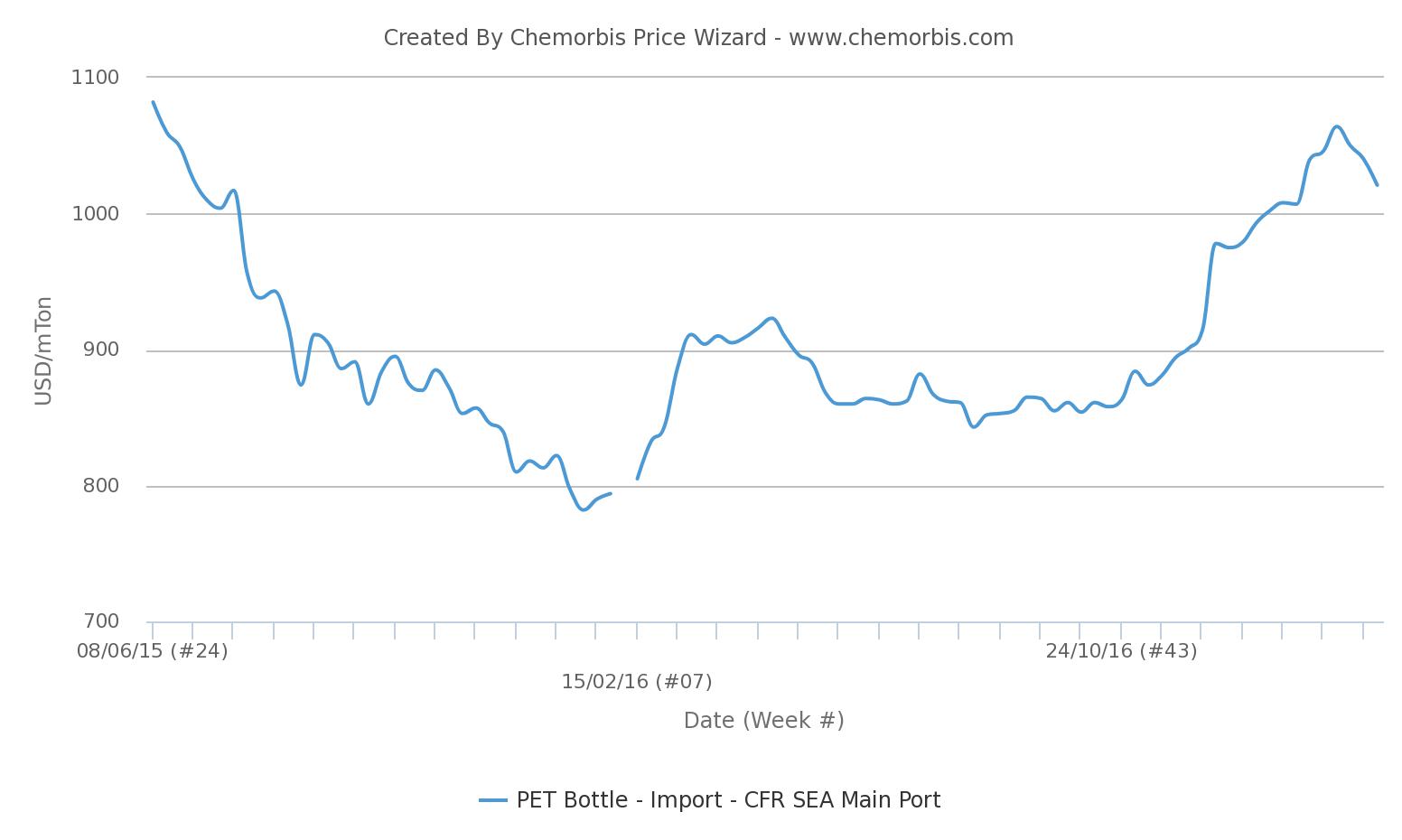