by Başak Ceylan - bceylan@chemorbis.com
Spot propylene prices in Asia continued the downward trend that began in the second quarter and fell to multi-year lows last week. The situation in the European market was similar. Prices moved further down to the levels not seen since 2017, mostly as a result of the imbalance between supply and demand.

More propylene supply began flowing into the already-ample markets after the recent restarts at Chinese and South Korean plants. With this increased supply of propylene outstripping regional demand, spot prices on FOB Korea basis have recently slumped to their lowest since June 2017.

The downstream propylene market in Europe has been eroded by an imbalance between high supply and low demand from derivative markets, with prices ending last week at 30% below a recent peak in June. The weekly average data obtained from ChemOrbis Price Wizard shows that prices on FD NWE basis recently fell to their lowest levels since January 2017. 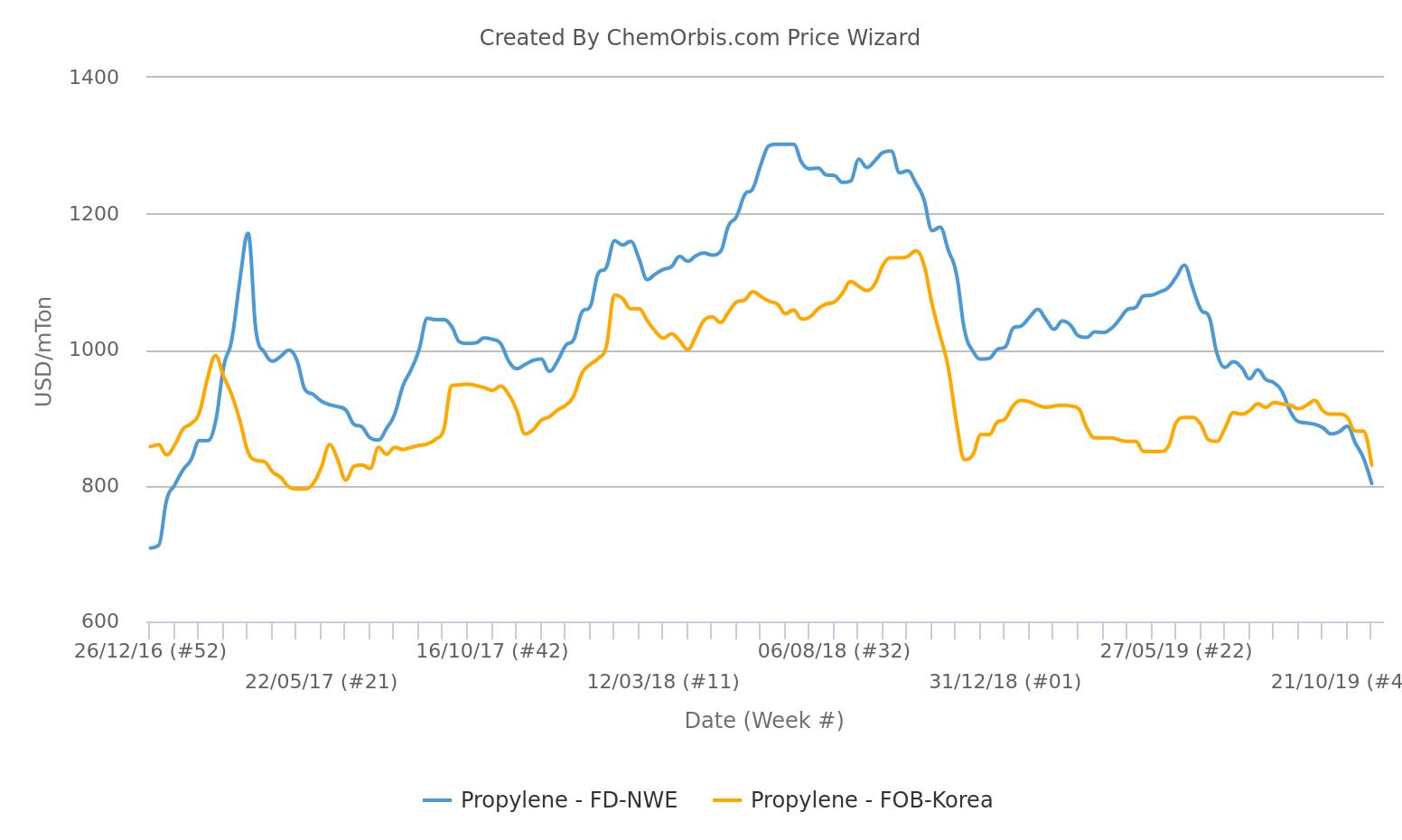 In the week ended November 15, spot propylene markets in Europe posted the third weekly drop, taking the cumulative reduction to around €70/ton. This recent decline has widened the spot discount to the latest contract prices to €110/ton, up from a gap of around €40/ton in early November.