by Manolya Tufan - mtufan@chemorbis.com
In Italy, spot LDPE prices posted strong decreases of up to €80/ton in July, breaking below the €1000/ton threshold by mid-July.

According to ChemOrbis Price Index, spot LDPE prices in Italy shrunk to their lowest levels since December 2009 on a weekly average. LDPE posted cumulative drops, losing around a total €100/ton since late June. 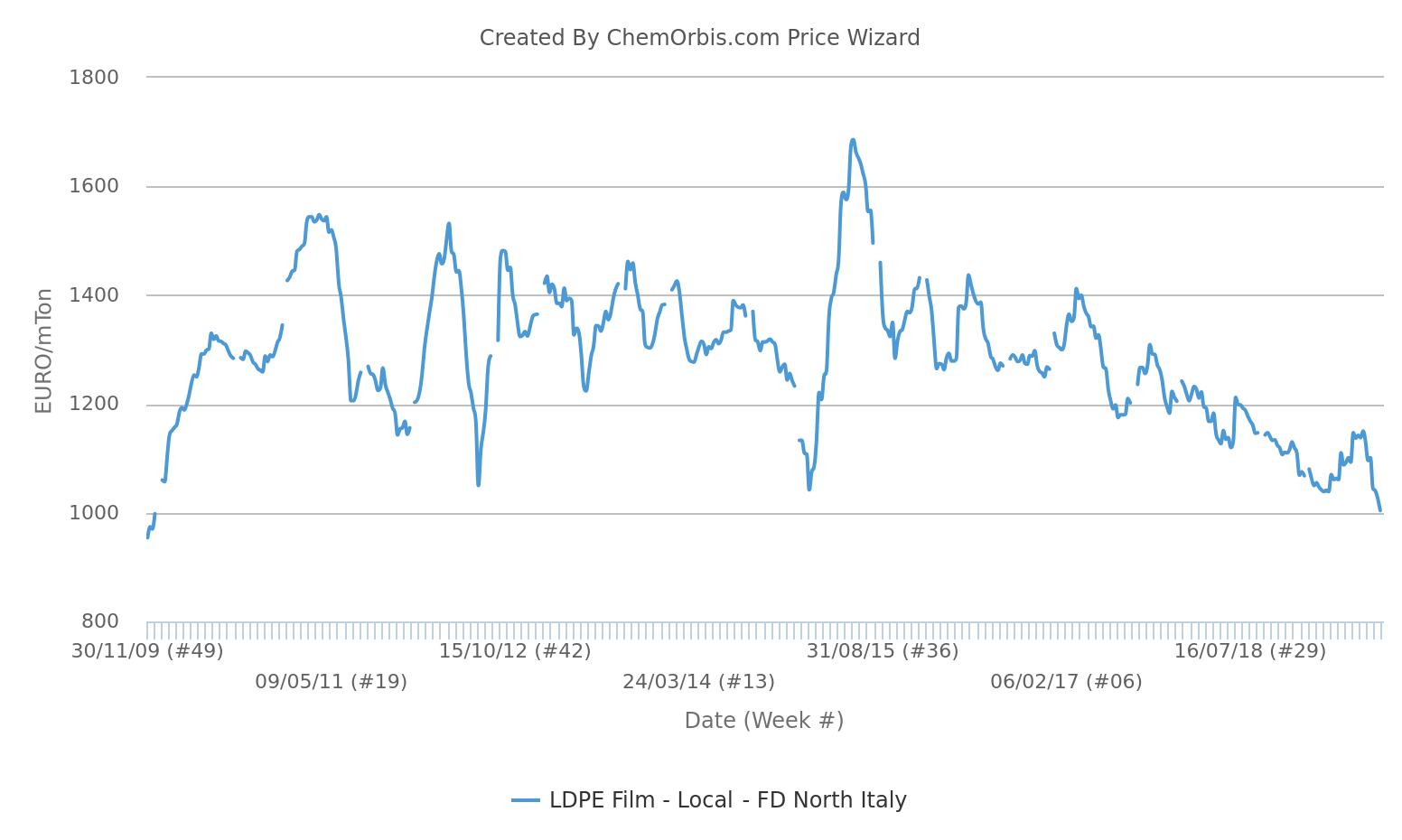 In upstream, spot ethylene prices retreated to their February levels after plunging by around 23% since June, according to the weekly average data from Chem Orbis Price Wizard. They have recently hit around €825/ton on FD NWE basis, well below the July ethylene contract level at €1000/ton.

Spot declines are expected to pave the way for renewed decreases in the monthly ethylene settlement.