by ChemOrbis Editorial Team - content@chemorbis.com
In Northwest Europe, sellers started to reveal higher PE prices for June on the back of firmer feedstock costs. Initial hike attempts are mostly in line with the €25/ton increase in ethylene costs while most buyers are yet to return to the market. 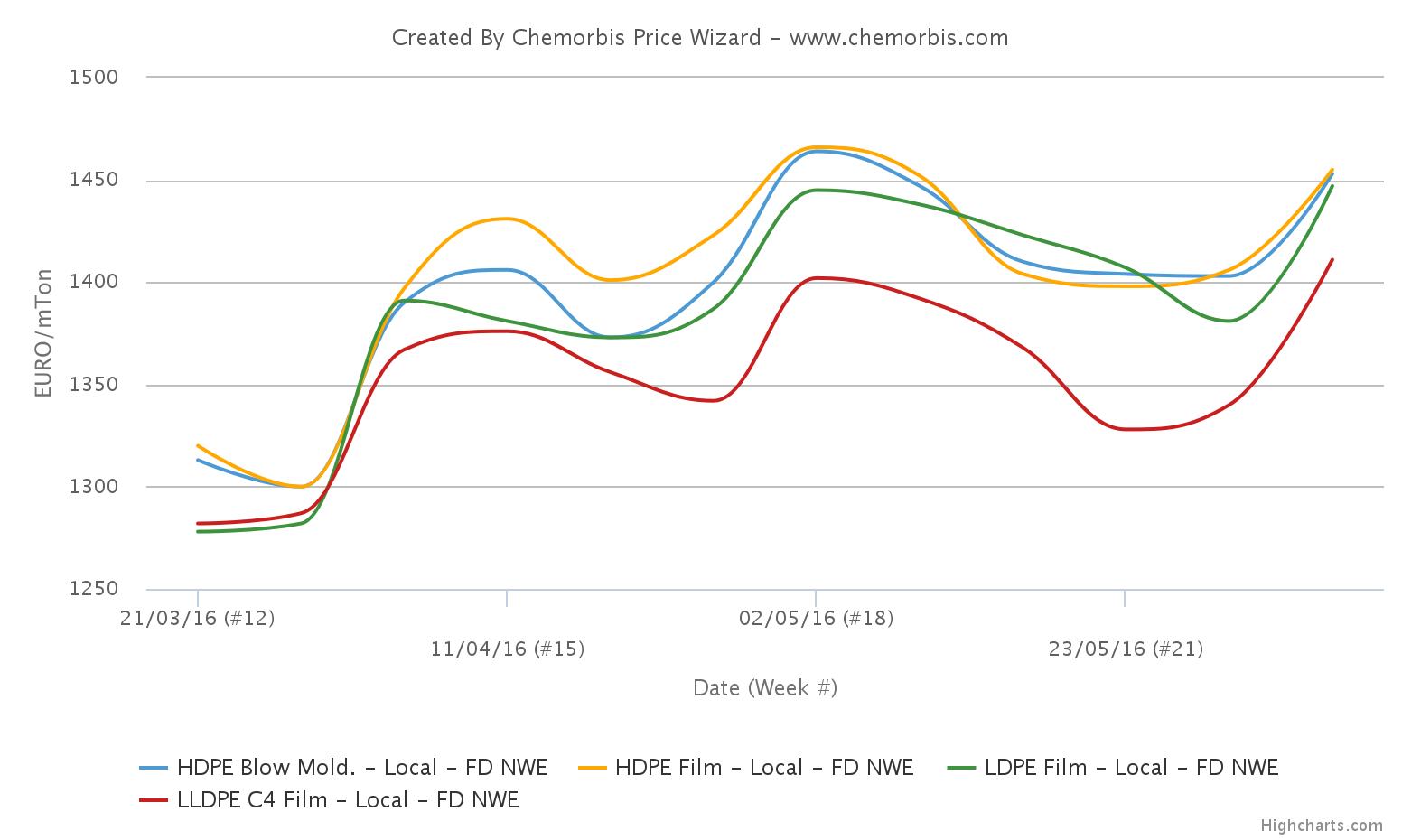 A West European producer announced an increase of €25/ton on their June PE prices both in the contract and spot markets after achieving hikes of €40/ton on their May deals. A producer source commented that demand is calm so far and they are yet to receive feedback from the market.

A distributor in Switzerland is giving June PE offers up €20/ton from May at €1460/ton for West European LDPE film and HDPE blow moulding FD, 60 days. “Even though we lifted our prices in line with our supplier’s guidelines, we started taking orders at an open price as we might revise our prices later in the month considering weak demand,” the distributor noted.

Another distributor in Germany raised his PE prices by €25/ton from May, bringing his new June offers to €1450-1460/ton for LDPE film, to €1470-1500/ton for HDPE film and to €1480-1495/ton for HDPE blow moulding on an FD, 60 days deferred payment basis. The distributor stated that he expects to see an improvement in demand later in the month, adding that his supplier is taking a firm stance as their supply isn’t ample.