by ChemOrbis Editorial Team - content@chemorbis.com
Spot ethylene prices in Far East Asia resumed their downturn and sank to their lowest levels in more than a year due to reduced demand and comfortable supplies. The price decline coincided with a week-long National Day holiday in China, which began on October 1, and defied higher crude oil prices. An influx of imported cargoes that are due for arrival in October also contributed to the weekly decline.

In Europe, ethylene contracts for October settled with an increase despite the ongoing bearish sentiment in the spot ethylene markets. The higher settlement was mostly attributed to the current run-up in naphtha prices.

Contrary to the monthly gain in the contract market, comfortable supplies across the region accelerated the downturn in spot ethylene, driving the weekly average of spot ethylene prices on FD NWE basis to an almost 14-month low both on the euro and USD terms. 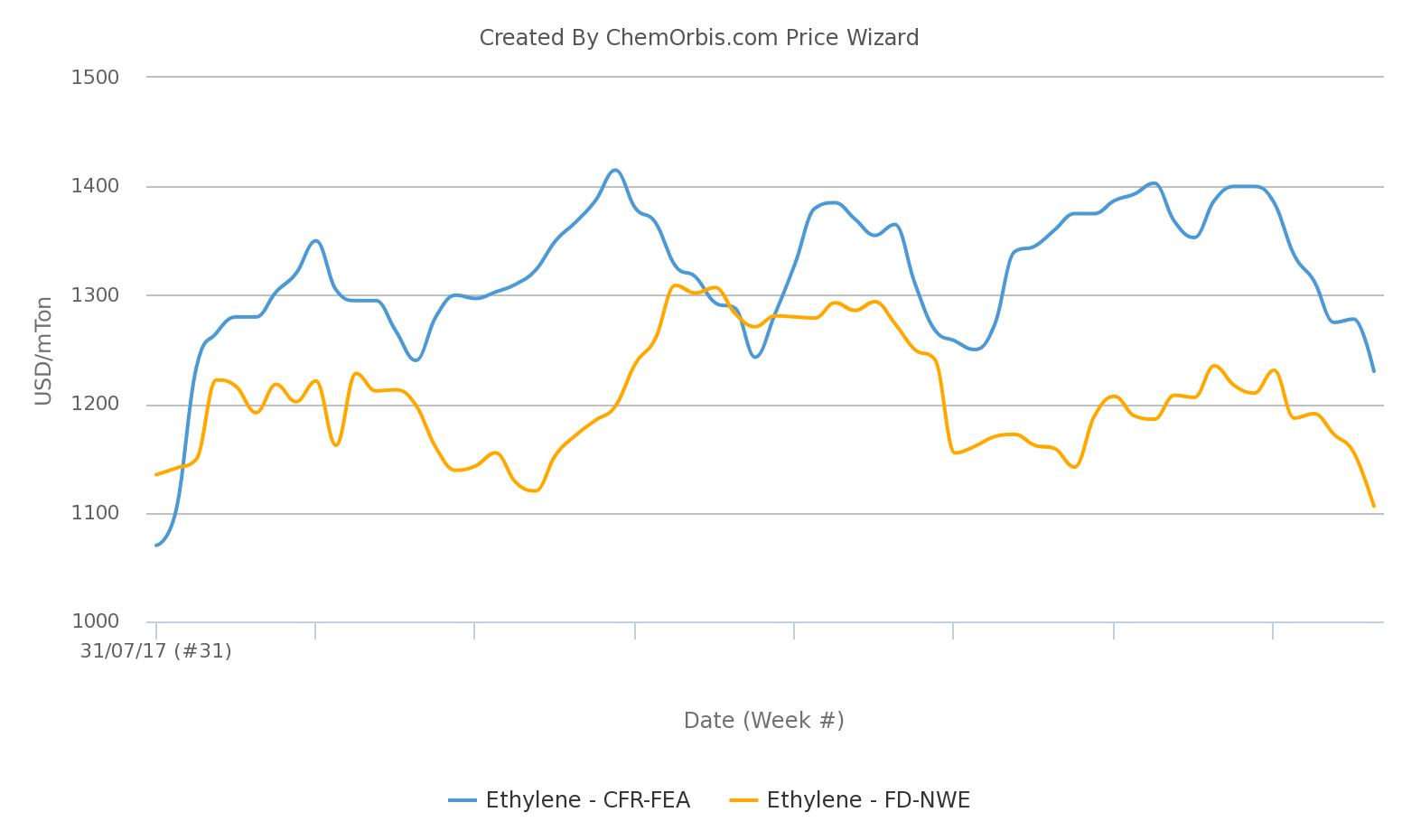