by ChemOrbis Editorial Team - content@chemorbis.com
In Asia, naphtha prices have been increasing for more than two weeks on the back of rising crude oil prices, following a decreasing trend for about a month starting from early April until early May. Average naphtha prices on CFR Japan basis were last reported at around $460/ton, up around $15/ton from a week earlier and $25/ton from the second week of May, when prices hit more-than-five-month-low, according to the weekly average prices from ChemOrbis Price Wizard. Before the prices started to rise, they had posted a cumulative drop of around $60/ton in a month. 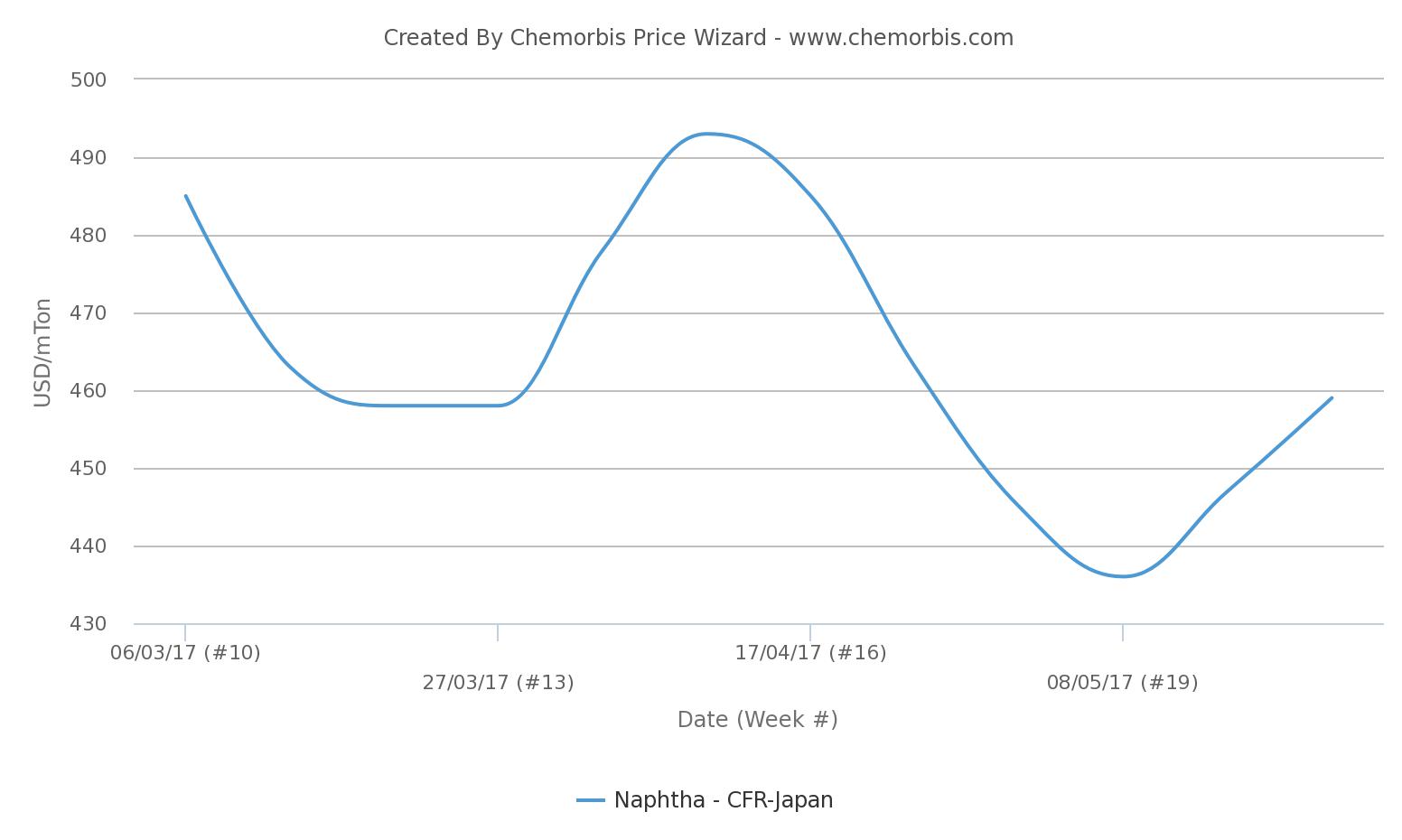 However, spot ethylene prices in Asia seem to be unresponsive to the rising feedstock costs as they have been consistently decreasing with intervals since the beginning of May, as can be seen from the ChemOrbis Price Wizard graph below, after following a mostly steady path for two weeks. Spot ethylene prices in Asia were last reported at $1060/ton on CFR Northeast Asia basis, down $70/ton on a weekly basis and down $150/ton from early May. The fall in Asian ethylene prices was reported to be led by weaker spot ethylene demand as a result of increasing deep-sea supply as well as the upcoming end of the steam cracker turnaround season in June and July. 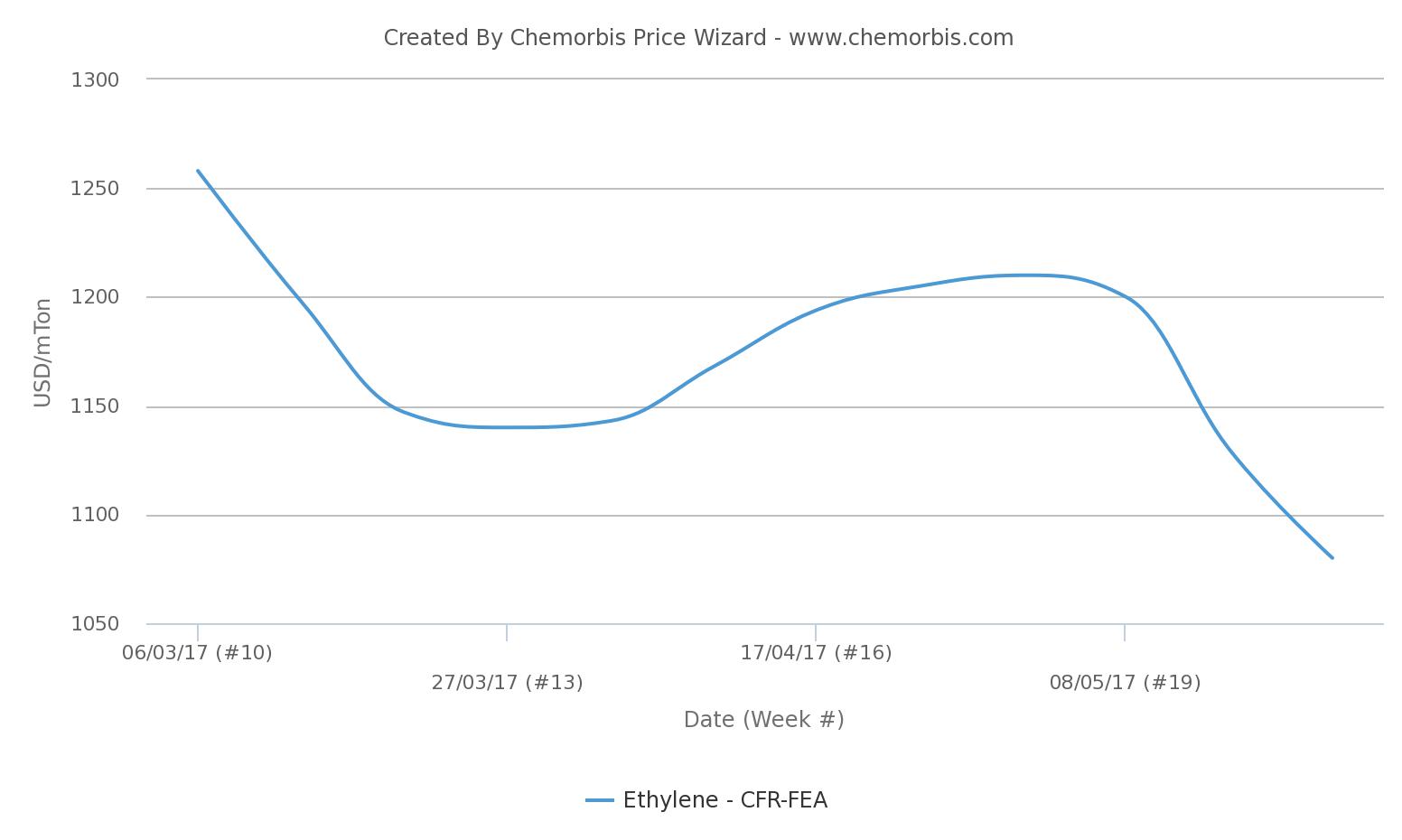