Spot ethylene prices at more than two-month high in Asia

by ChemOrbis Editorial Team - content@chemorbis.com
Spot ethylene prices in Asia have posted a daily increase of $30/ton for the last three days in a row. Apart from these successive daily gains, spot ethylene prices have been steadily moving higher for the fourth consecutive week. Healthy demand from styrene and MEG producers mainly supports the upturn in ethylene.

As of August 3, spot ethylene prices on CFR Far East Asia basis increased by $30/ton on a daily basis to reach $1080/ton level after touching above the $1000/ton threshold on the first day of August.

Affirming this bullishness, the below graph obtained from ChemOrbis Price Wizard also shows that spot ethylene prices in Asia arecurrently at $1065/ton on a weekly average, standing at their highest levels since the second half of May after preserving their firming trend for a month. 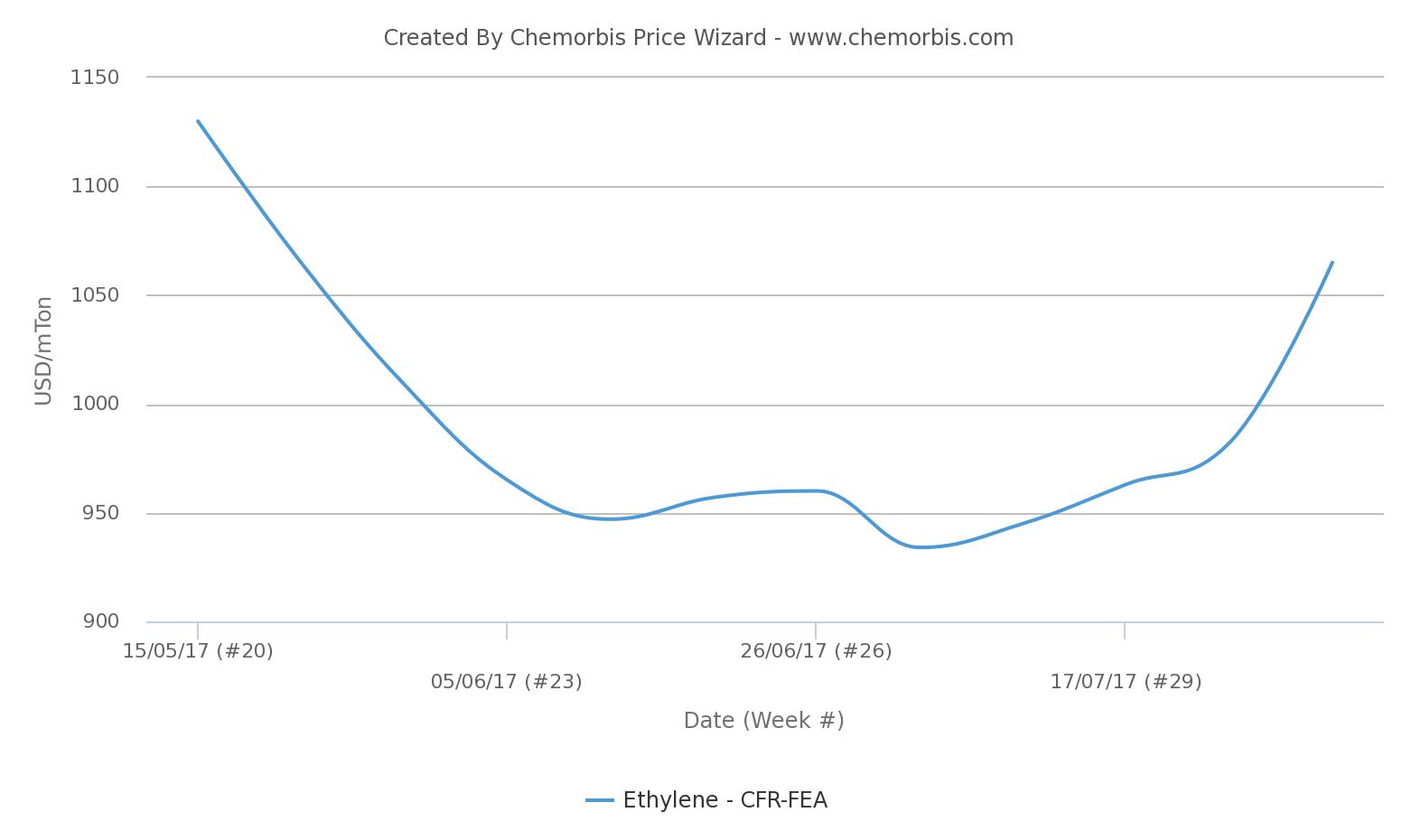