by ChemOrbis Editorial Team - content@chemorbis.com
Spot ethylene and propylene prices in Asia have maintained their upward momentum since the beginning of March, registering new increases over the past week. Firming monomer costs were attributed to a number of cracker shutdowns in the region as well as the gains in the energy market, though crude oil prices lost some ground at the beginning of this week.

Spot ethylene prices on a CFR Northeast Asia basis are suggesting a hike of over $160/ton compared to the beginning of March after gaining further ground over the past week. Tight supplies amidst increasing demand for April ethylene cargoes were cited as the main reasons behind firmer ethylene prices, which are standing at the highest level since July 2015, according to data from ChemOrbis Price Wizard. 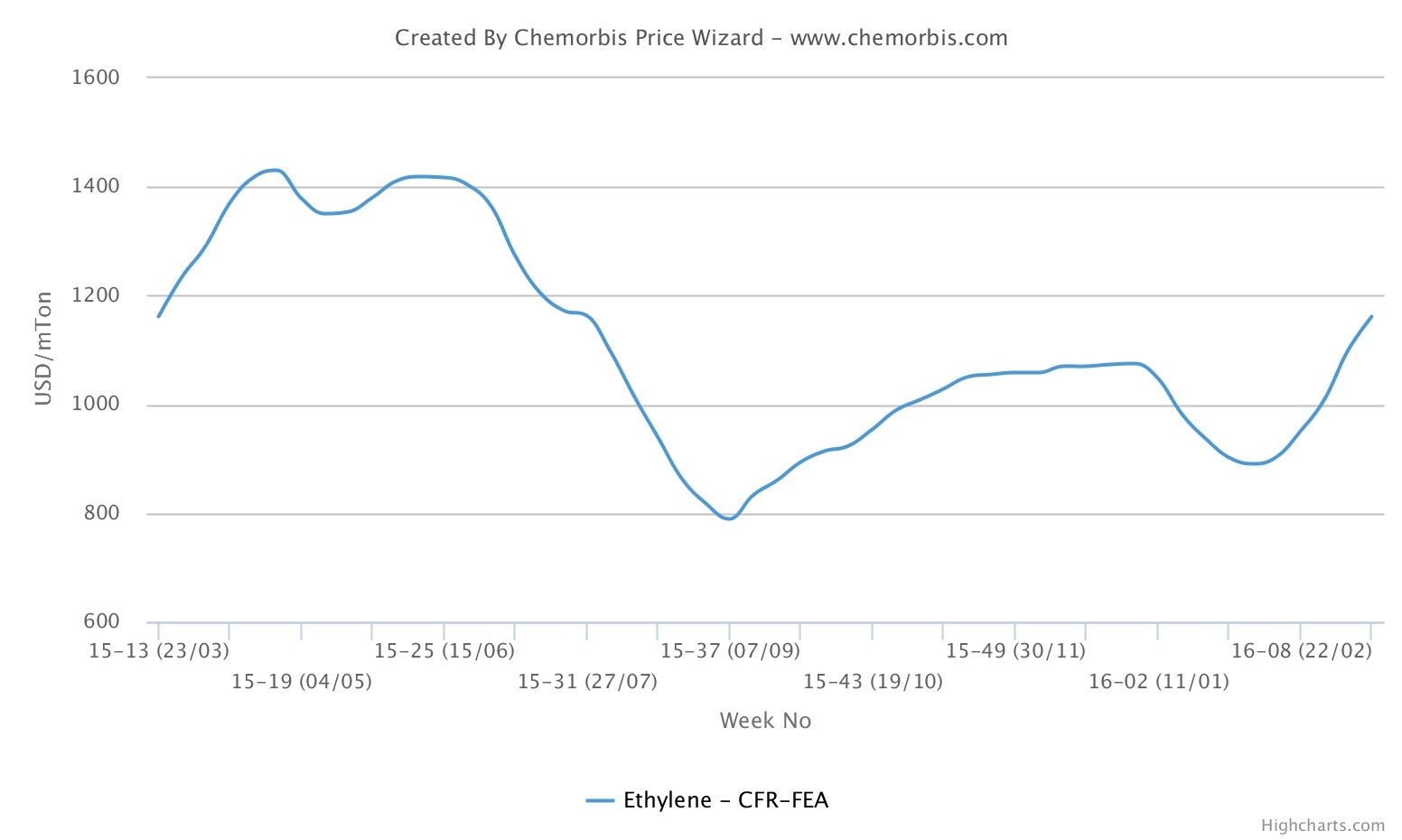 For propylene, spot prices have climbed by $70/ton on an FOB Korea basis and by over $80/ton on a CFR China basis when compared to early March levels. In addition to the former gains in crude, healthy demand from China also pushed up spot propylene prices, according to players.

South Korea’s YNCC and Japan’s Tosoh Corporation shut their crackers for about month-long turnarounds on March 8-10 as scheduled. On top of these planned outages, market sources reported that Fujian Refining & Petrochemical (FREP) shut their cracker unexpectedly on March 14 after experiencing a technical issue. The cracker has an ethylene capacity of 1.1 million tons/year.