by ChemOrbis Editorial Team - content@chemorbis.com
According to the weekly average on ChemOrbis Price Index, ethylene in Asia hit a one-month-low on March 9 to be currently reported at $1230/ton CFR Far East Asia. A significant fall of $145/ton has only been recorded since last Friday, when it was reported at $1375/ton, after following a consistently increasing trend since mid-January. 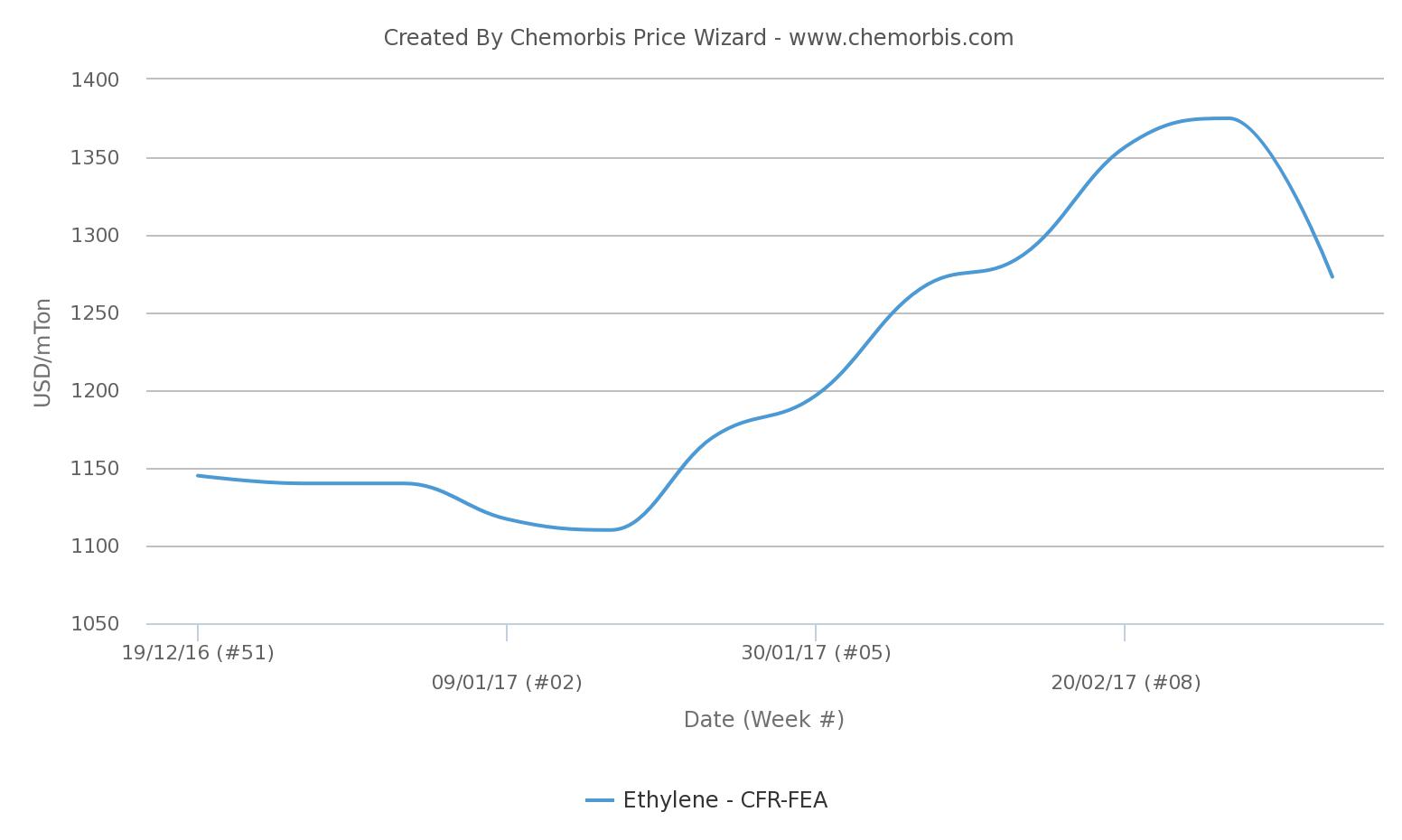 The downturn in Asian ethylene was mainly driven by the latest declines in crude oil prices due to the concerns over stock piles and oversupply in the USA. NYMEX settled down $2.86/bbl at $50.28/bbl on Wednesday and has moved to around $49/bbl in intra-day trading on Thursday. Meanwhile, Brent fell $2.81/bbl to settle at $53.11/bbl yesterday and it is currently trading at around $52/bbl as of Thursday afternoon. The crude prices are seen to be back at the levels of mid-January, after following a stable to firm trend for approximately two months, according to ChemOrbis Price Wizard. 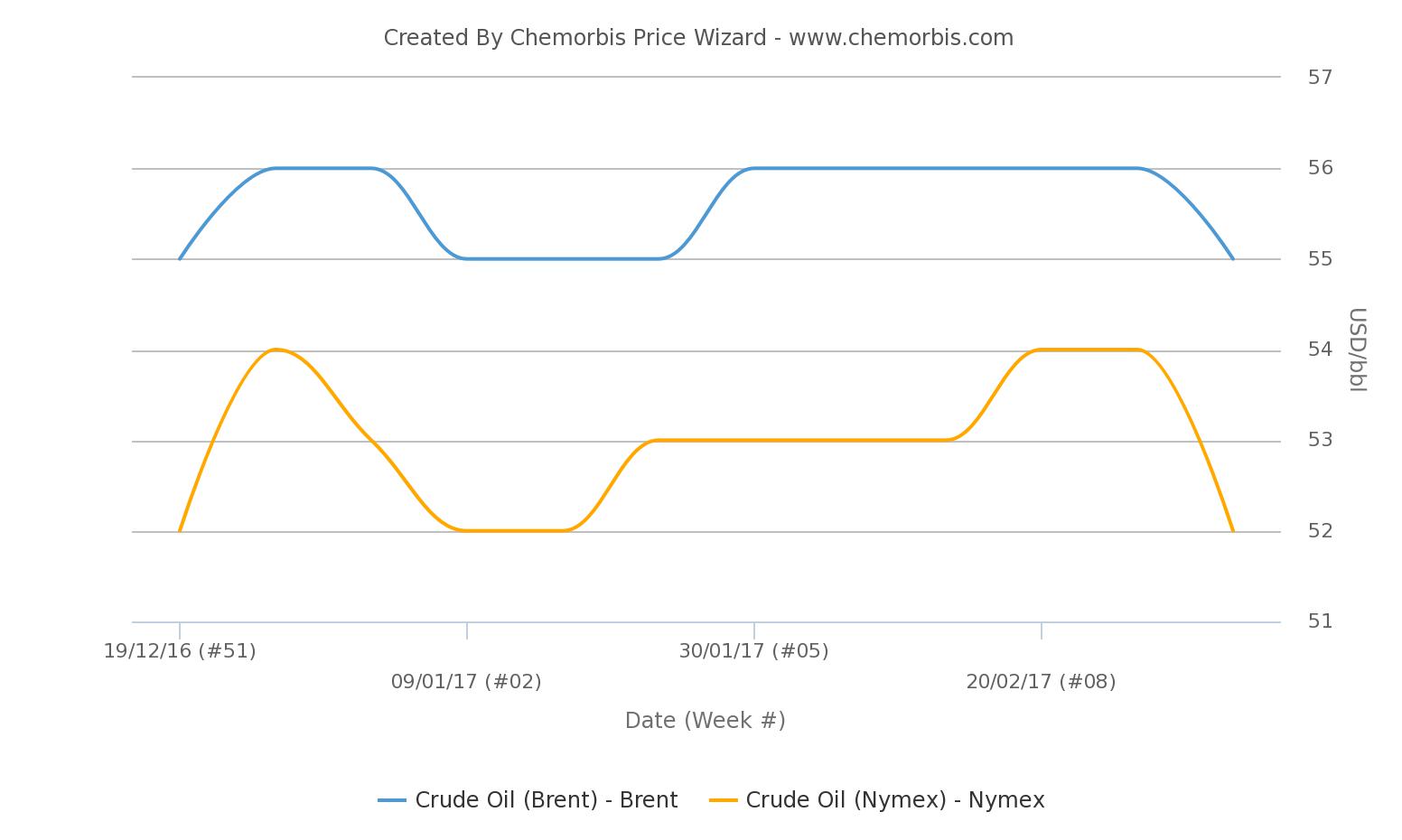 Ethylene prices in Northeast Asia were also under the pressure of additional supply diverted from Thailand as well as spot cargoes from Southeast Asia to the region.