by Başak Ceylan - bceylan@chemorbis.com
The ocean freight slump continues to deepen with spot rates out of Asia falling to their lowest in more than two years as a result of prolonged weakness in consumer spending, as well as a shift away from pandemic-era patterns. Amid a continued fall in spot rates, the container shipping industry responded by trimming capacity through cancelled sailings.

China-to-US rates at more than a two-year low

Data from Freightos, a global freight booking and payment platform, showed that Asia-US West Coast prices fell 14% to $2,951/FEU by the end of last week. Although the rout in spot rates from Asia to the West Coast deepened to reach 45% since the start of September and they marked their lowest since August 2020, prices are still 128% higher from September 2019.

According to maritime industry consultant Drewry, spot rates on Shanghai-Los Angeles fell 13%, or $496, to $3,283/FEU by the end of last week. This not only indicated an annual drop of around 73%, but also the lowest levels since August 2020.

Drewry’s composite index also decreased by 10% last week, the 31st consecutive weekly decrease, and was 61% lower than the peak of $10,377/FEU reached in September 2021, but 8% higher than the 5-year average of $3,714/FEU. The industry consultant said that it expects the index to decrease in the next few weeks. 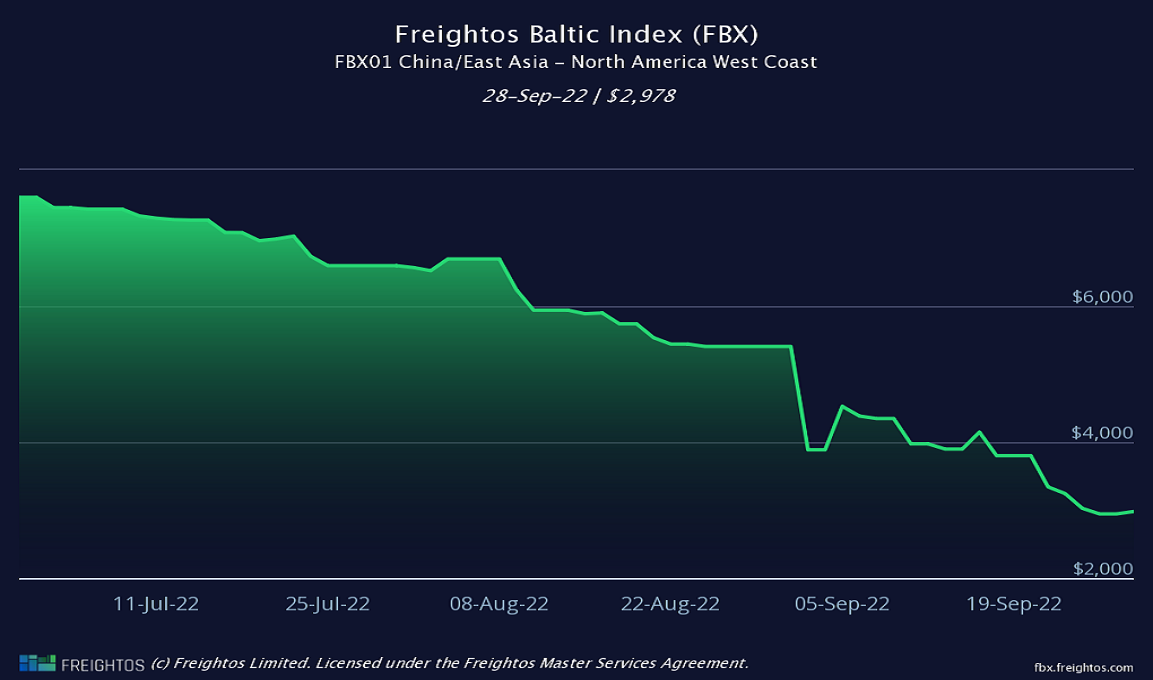 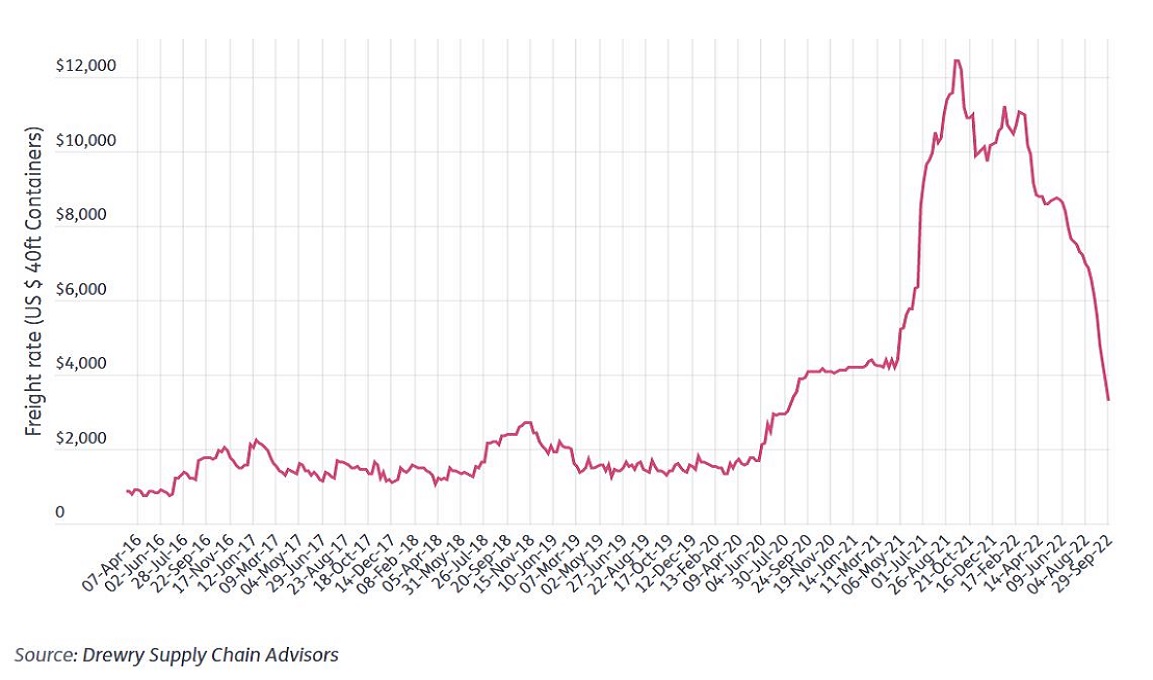 Golden Week fails to cause big spike in shipments

Previous forecasts had suggested that the traditional peak season just ahead of the Golden Week holiday in China could potentially cause a big spike in shipments, tightening the supply routes. However, an earlier-than-expected peak that lasted from May through July and waning global demand for Chinese goods prevented the typical peak season spike.

As a result of diminished demand, container lines started reducing an excess of capacity to match demand. Drewry’s data showed 118 cancelled sailings out of a total of 738 scheduled sailings from October to early November, which represented a 16% cancellation rate. Drewry noted that 66% of the blank sailings were for the Transpacific Eastbound trade.

Maersk, the second-largest shipping company, highlighted the post-pandemic shift away from goods to services in a statement released in late September. The company noted that warehouse inventories were running high and consumer sentiment about future economic prospects were low, while also adding that demand during the first week of October –coinciding with China’s Golden Week holiday– was reduced.

“Accordingly, we are in the process of actively adjusting our shipping network to align to customer demands. We are optimizing the use of our shipping assets to responsibly manage the business and limit impacts on the environment. Network optimization entails improving transit times whenever possible and reviewing the most efficient use of structural blankings for vessel sailings in September and October that result in minimal disruptions to customer supply chains.”