by ChemOrbis Editorial Team - content@chemorbis.com
In Europe, spot propylene prices have been on a softening note since the beginning of June due to oversupply issues, with prices declining declined around €150/ton since the start of the week to be currently reported at around €490-495/ton FD NWE. 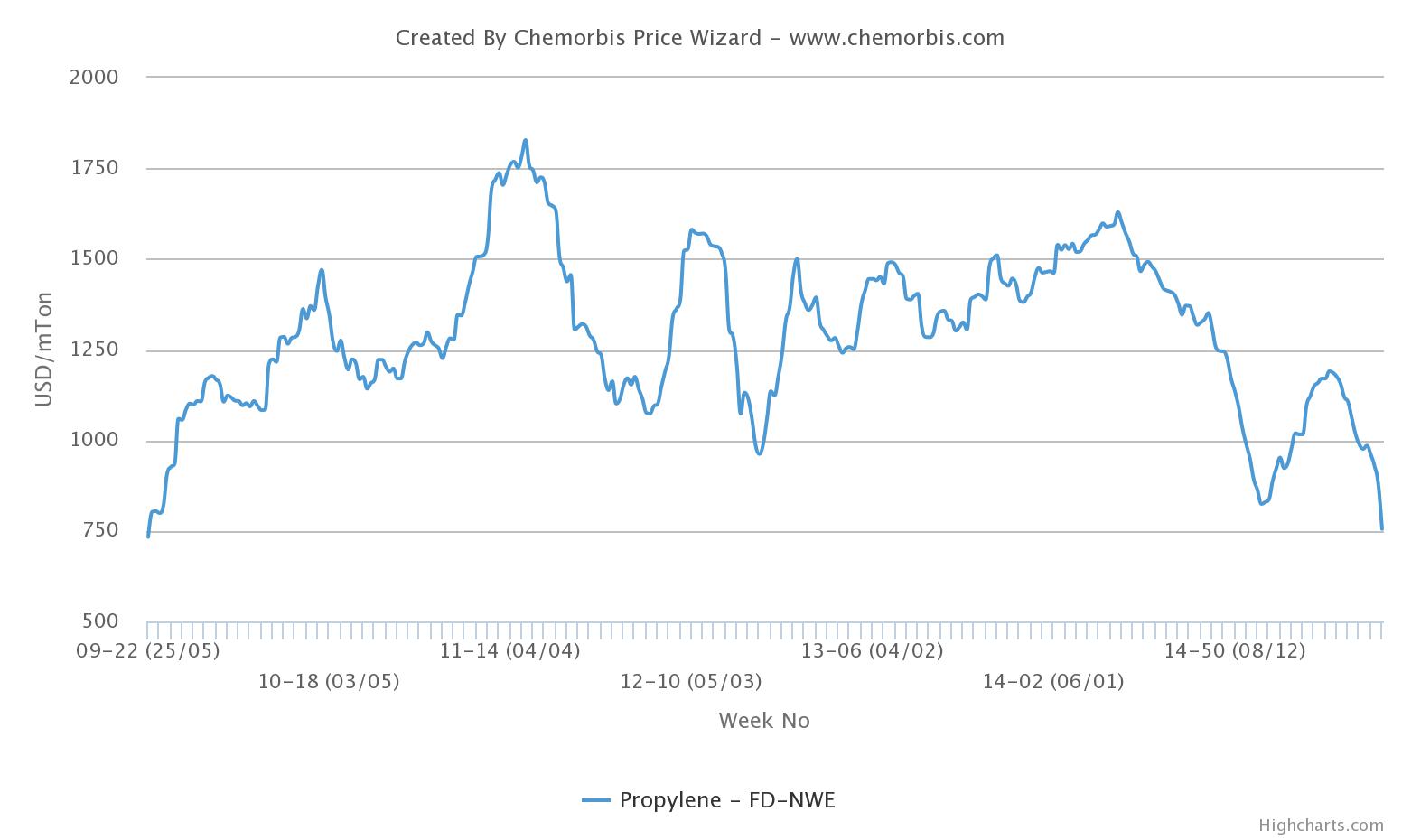 In Europe, oversupply issues remain in the spot propylene market due to the arrival of import cargoes, according to traders in the region. In addition, Naphthachemie’s full rates at its steam cracker and the arrival of imports weighed down the market, even though major producers, including Dow, Borealis, LyondellBasell and Ineos, have either started or are preparing to start planned maintenance shutdowns.