by ChemOrbis Editorial Team - content@chemorbis.com
Spot styrene price have been following a downward trend since early February both in Asia and Europe after a month of consistent increases while Asia’s loss has been larger than that of Europe so far.

Spot styrene prices in Asia has had significant falls this week since Tuesday to be reported at around FOB Korea $1265/ton as of March 9, down $30/ton from the previous day and more than $100/ton from the previous week. According to weekly average prices on ChemOrbis Price Wizard, Asian styrene is currently seen to be back to the levels of mid-January, losing approximately $200/ton in total.

The recent falls were reportedly driven by a jump in the inventory levels of East China along with a decrease in consumption from downstream derivatives markets.

The weekly average prices in ChemOrbis Price Index show that European spot styrene has also been following the downward trend in Asia since mid-February, losing almost $130/ton in total. Spot prices were reported at around $1460/ton FOB NWE as of yesterday, down $25/ton from the previous day and $60/ton from a week earlier.

Some players think styrene prices might fall further due to comfortable availability while others think prices may turn up amidst the ongoing turnarounds in Asia and the USA. 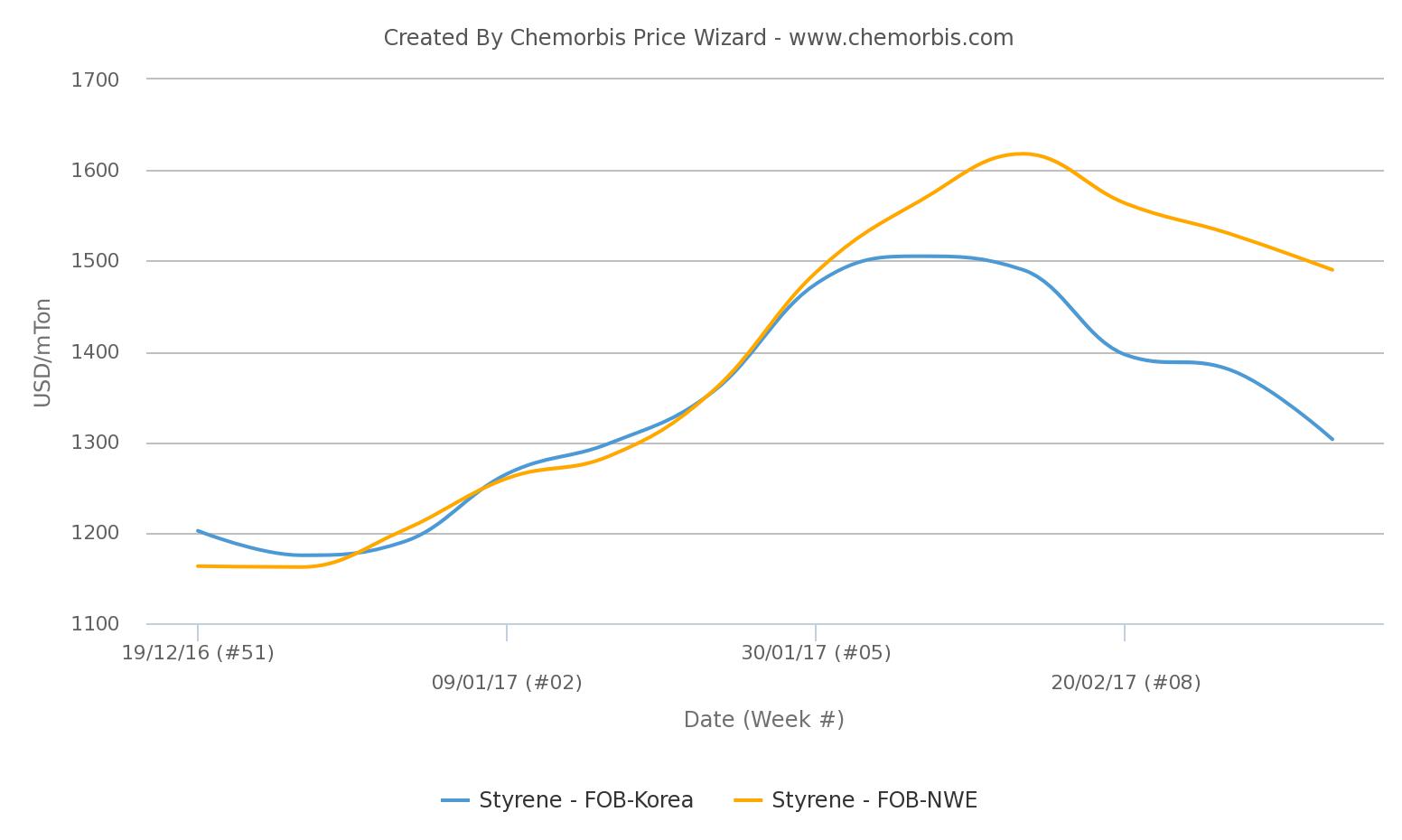