by ChemOrbis Editorial Team - content@chemorbis.com
Spot styrene prices across the globe have recently recorded a fresh round of significant increases on the back of global monomer tightness stemming from a number of planned/unplanned shutdowns, higher benzene prices as well as the ongoing bullish run of the energy complex.

According to the data from ChemOrbis Price Wizard, the weekly averages of spot prices in Asia and Europe have reached their highest levels since late February 2017 following their recent gains while styrene prices in the US have hit an 11-month high.

When compared to the start of January, spot styrene prices in Europe and the US have posted cumulative increases of around $300/ton while the firming trend in Asia has lagged behind these two regions by recording a total increase of $140/ton over the same period, the data also suggest. The relatively slower pace of price gains in Asia was attributed to faltering demand ahead of the Chinese New Year holiday as well as players’ concerns about the ongoing uncertainty over anti-dumping duties on styrene imports from Taiwan, South Korea and the US into China. 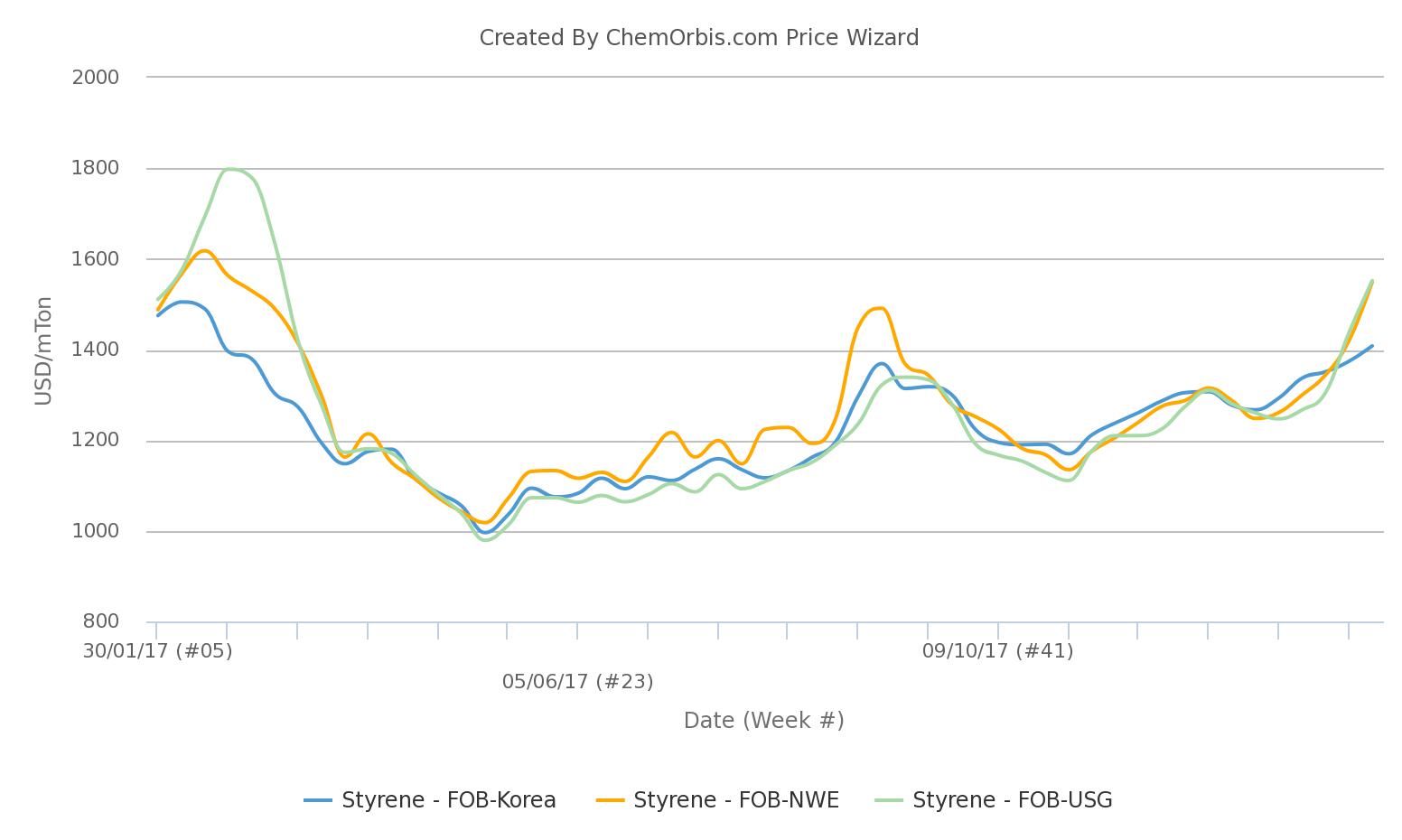 In the US, cold weather conditions forced Cosmar to declare force majeure on styrene output from its Louisiana plant late last week. Meanwhile, Ineos Styrolution’s styrene plant at Bayport was shut for a scheduled turnaround at the beginning of January while the plant is expected to resume operations by mid-March.

In Asian markets, nearly two million tons of styrene capacity is set to be offline for scheduled maintenance shutdowns between the February-April period.

In Europe, meanwhile, three major producers - Total, BASF and Repsol - are planning to shut their styrene plants in the first quarter of 2018. In addition to these turnarounds, rising water levels in Rhine also raised concerns regarding transportation disruptions, although it was reopened to shipping on Monday after water levels fell. Following the recent gains in spot prices, regional players’ increase expectations for the February styrene contracts have been revised up to €70-100/ton.