Spot styrene prices tracking opposite trends in Europe and Asia

by ChemOrbis Editorial Team - content@chemorbis.com
Spot styrene prices are tracking opposite trends in Asia and Europe this week. Prices gained some ground in Europe ahead of June on the back of the firm energy complex as well as production issues in the region whereas Asian styrene shrugged off higher crude costs and moved lower. 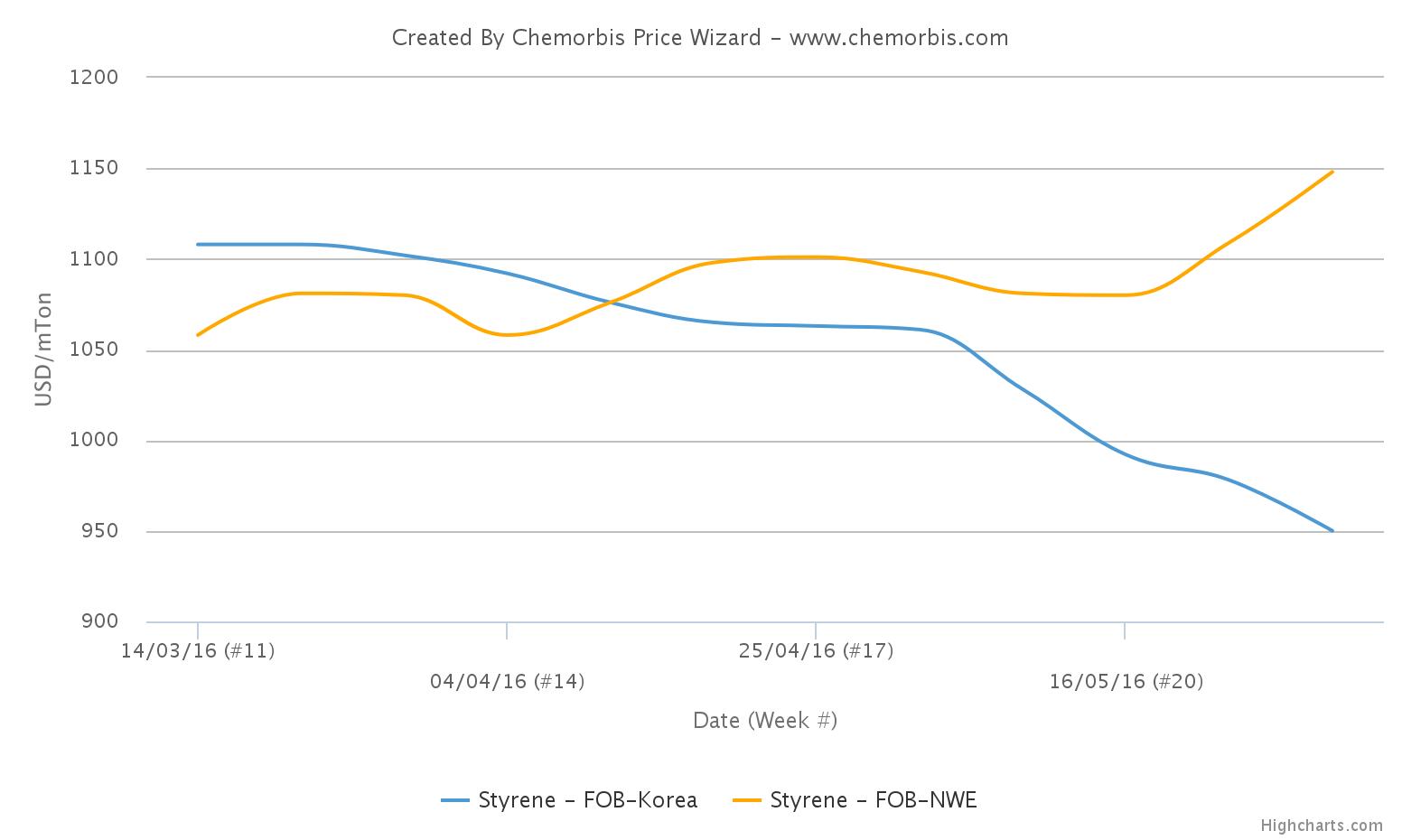 In Asia, spot styrene prices registered a decrease of over $40/ton on an FOB Korea basis at the end of last week. When compared to the beginning of May, spot prices are suggesting an even sharper drop of almost $100/ton despite inching up at the beginning of this week. Lower styrene costs were atributed to increasing supply levels as well as to the weakness in the downstream markets.

Grand Pacific Petrochemical restarted their 240,000 tons/year styrene plant at Tashe, Taiwan last week after completing a planned maintenance, which started in the first half of April. Market sources reported that the plant is running at full rates as of this week. China’s Yuhuang Chemical is also operating their 200,000 tons/year styrene plant at 100% of capacity, sources reported late last week. The plant was restarted in the week of May 23 after being shut for repairs earlier in the month.

Spot styrene prices in Europe posted an increase of over $60/ton week over week on a CIF NWE basis, pushed up by the production outages in the region. Total declared force majeure on styrene from Gonfreville, France last week due to a technical issue as well as the strikes across the country. The unit is back online, but it’s said to be running at lower rates. Trinseo’s 300,000 tons/year styrene unit at Bohlen, Germany is still undergoing a planned turnaround while the unit is expected to resume operations in June.

Prior to the recent upward momentum of spot styrene prices in Europe, expectations had been calling for rollovers to decreases of €30-40/ton for the awaited styrene contracts. However, players are now expecting firm spot values to lend support to the monomer settlement.