Spot styrene sharply down in Europe and Asia

by Başak Ceylan - bceylan@chemorbis.com
According to ChemOrbis Price Wizard, the weekly averages of European and Asian spot styrene markets have declined to their lowest levels since the beginning of this year, also marking the biggest two-week decrease since November 2018 for both regions amid weak demand. 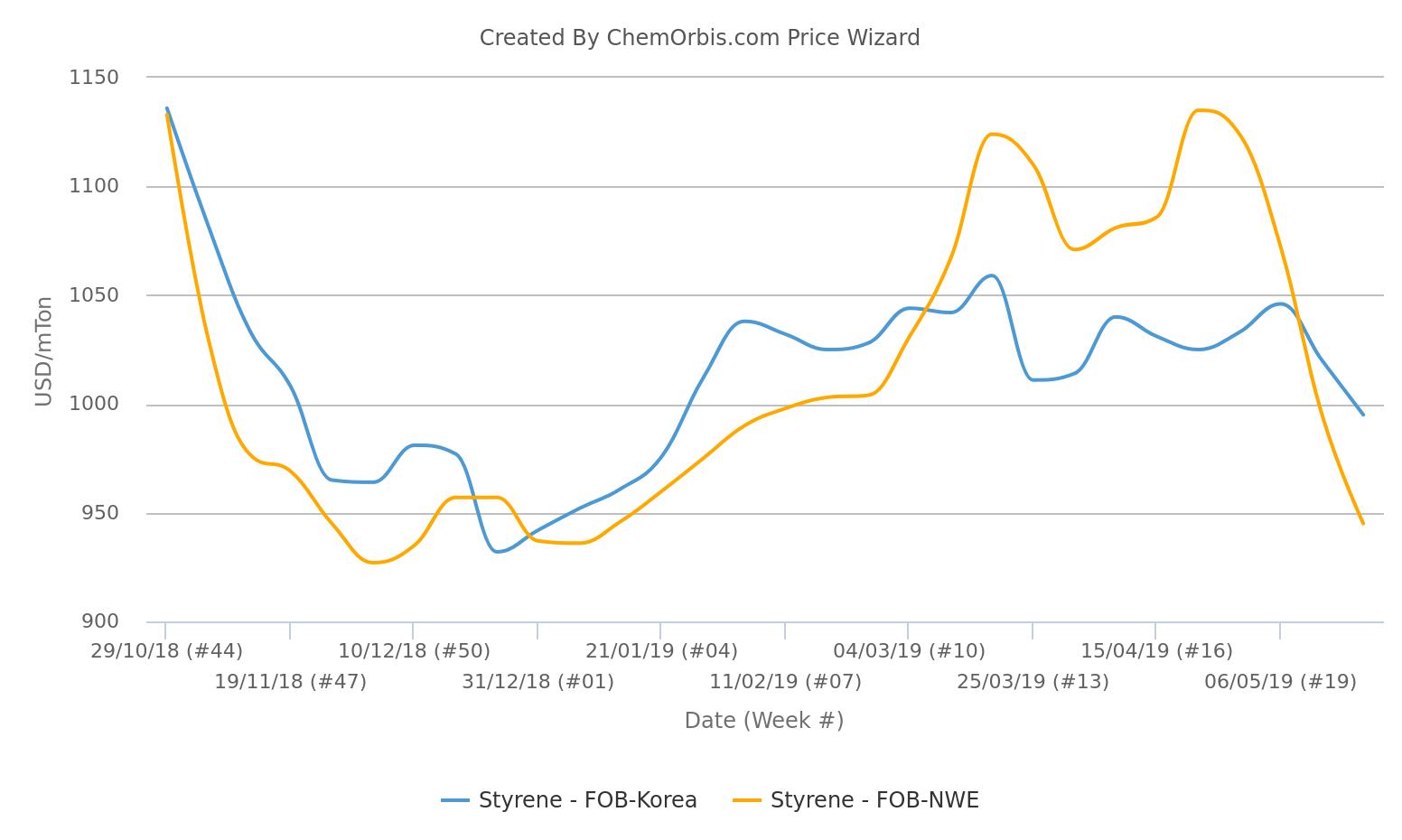 FOB NWE prices down 17% since 6-month high in April

In Europe, the uptrend that started at the beginning of this year lost momentum and the weekly average of spot prices on an FD NWE basis have declined around 17% since reaching a 6-month high in April.

The previous gains in spot prices were reflected in the last four monthly contracts in Europe, which indicated a cumulative increase of around €215/ton.

What drove prices down?

However, the market took a bearish turn as imports from the US market started arriving in Europe, causing an oversupply. Downward signals for styrene demand also started to emerge in late April, but a few traders noted that demand picked up slightly as of the end of last week amid persistently falling prices.

Spot styrene prices in Asia have fallen sharply in the last couple of weeks to reach their lowest levels since late January. This mostly resulted from lower downstream demand and the bearish sentiment further accelerated after the trade talks between the US and China hit an impasse earlier this month.

The US administration’s new tariffs on $200 billion Chinese products were met with retaliatory measures, which included tariffs on $60 billion US goods .

In early May, the South Korean producer Hanwha Total Petrochemicals declared force majeure on its styrene supply from its Daesan units due to a labor strike. The company’s styrene units were shut in March for maintenance and the planned restart date was delayed as the labor standoff continued.

Although the sentiment initially spiked on expectations of tighter supply, the force majeure had a limited impact on supply-demand dynamics in Asia.