by Shibu Itty Kuttickal - sikuttickal@chemorbis.com
by Esra Ersöz - eersoz@chemorbis.com
The soaring dollar against global currencies has led to PP and PE imports getting uncompetitive against locally sold products across China, Southeast Asia and India as import costs rise, traders said.

The stronger dollar has pushed up costs of import cargoes for Asian PP and PE buyers. As the dollar value surges, Asian economies are forced to either allow their currencies to weaken, intervene in currency markets to soften the slide, or raise interest rates to strengthen foreign currency reserves.

Among the currencies that have had to weather the impact of the surging dollar are the Chinese yuan, the Indian rupee and the currencies of Southeast Asian countries.

The yuan has rapidly depreciated by almost 7% in the past one month, posting its biggest monthly drop and hitting its lowest since September 2020 as China falters under the weight of Covid restrictions. China’s foreign exchange reserves also fell by the most since late 2016. The Indian rupee has also hit new lows repeatedly over more than a week. The sharp increase in the US dollar has resulted in the Malaysian ringgit depreciating 5.3% year-to-date, while the Thai baht hit a five-year low late last week and the Indonesian rupiah is in sight of a two-year low.

“The volatility in the currency exchange rates has made importers hesitant. And Southeast Asia exporters can’t sell their products either as their prices are not competitive because of high costs and buyers are not interested in importing finished products,” said an agent in Southeast Asia of a major Middle East producer.

“Importers now have a new worry of currency risk,” said a Thai trader. A Vietnamese trader said this has led to buyers preferring locally sold products to imports. “Local prices are so much cheaper than imports, so import prices are hard to be increased at this moment,” he added.

The impact of the strong dollar is felt at a time when the Asian PP and PE prices are already reeling under the impact of easing availability as a result of competitive offers from Chinese, Russian and South Korean origins and a persistently weak demand.

“The gap between import and domestic markets has widened too much because of the depreciation of the yuan against the US currency, ” a major trader in China said. “So import demand is too weak and buyers are staying away unless there is an immediate requirement or a huge discount is offered,” he added.

The graphs below evidently reveal that the local markets of homo PP and LLDPE are trading well below imports on CIF basis, even as customs duties (if applicable) and customs clearance and inland transportation should be added on top of the CIF values to find out the landed cost of import cargoes. 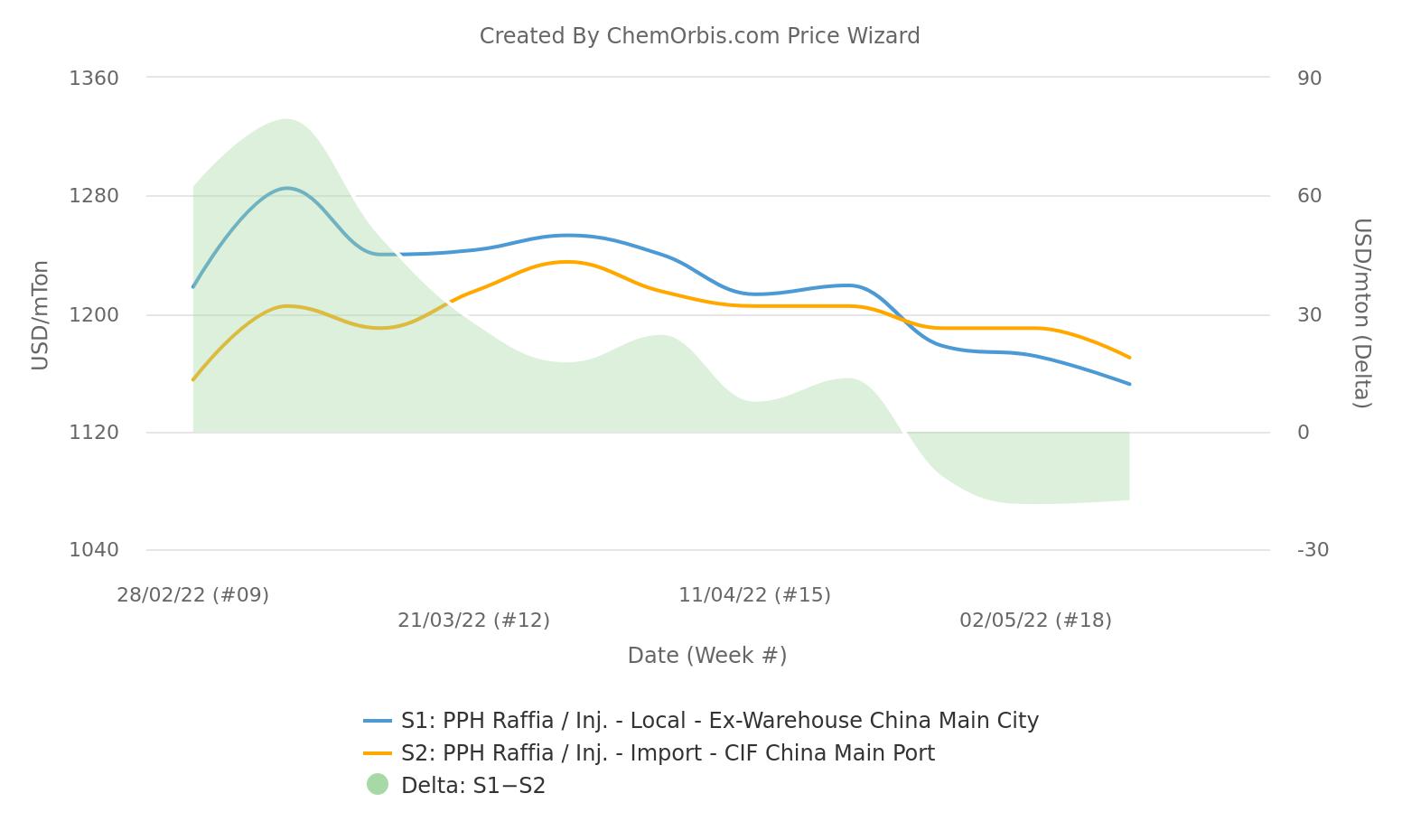 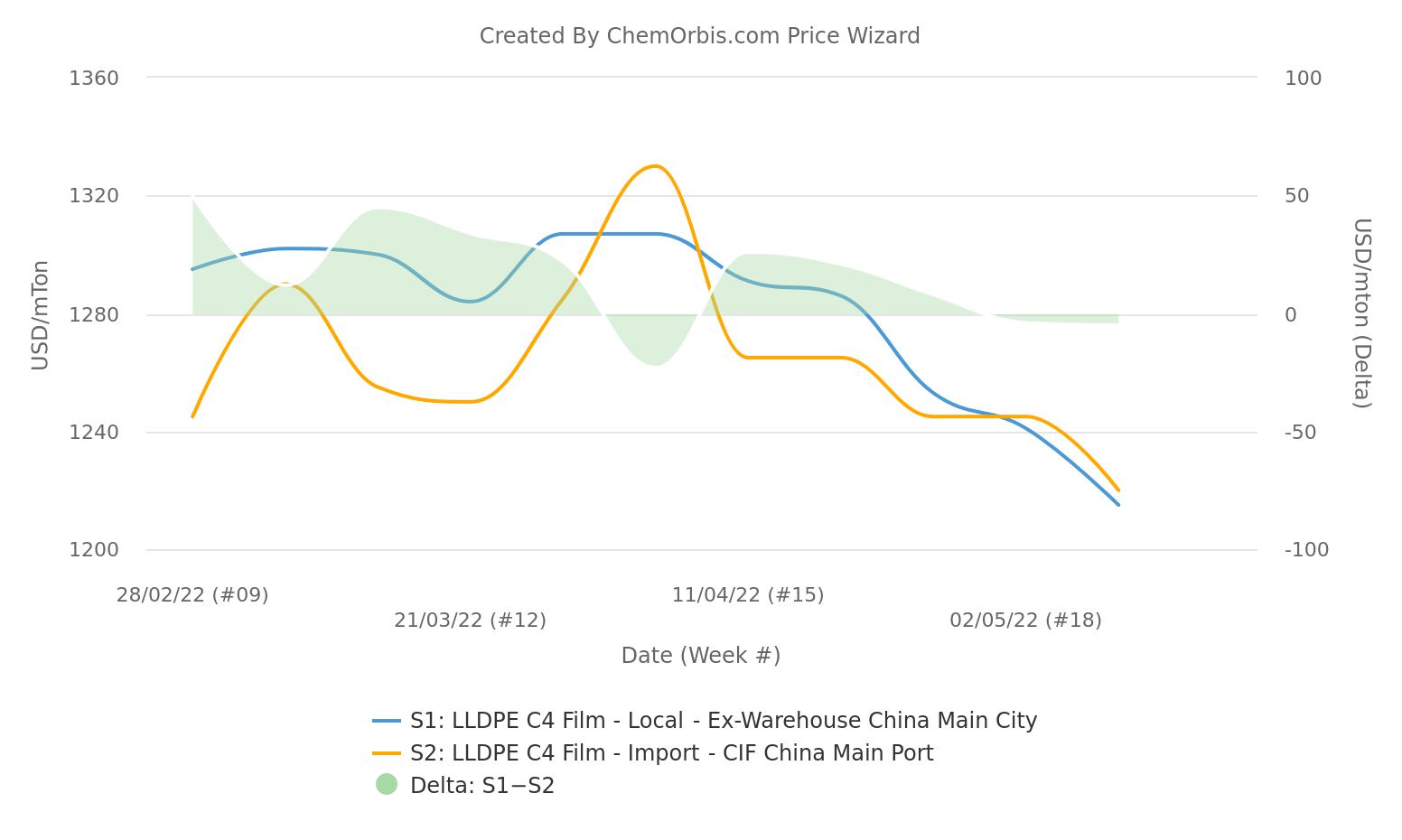