Styrene continues to pull ABS, PS prices down in Asia

by ChemOrbis Editorial Team - content@chemorbis.com
In Asia, styrene costs have been falling gradually since the second half of March after hitting a year to date high of around $1110/ton in early March, according to data from ChemOrbis Price Wizard.

A trader based in Vietnam said that he is not planning to rush to make purchases as he expects GPPS prices to move back to $1100/ton and ABS prices to around $1200/ton. A converter in Vietnam reported that he bought some ABS at around VND33-35,000,000/ton ($1336-1437/ton without VAT) last week on the recommendation of his supplier, who forecasted that prices would go up again on the back of higher crude oil. Another producer in Taiwan thinks that if styrene continues to fall, HIPS prices will still have room for additional decreases. “HIPS prices might reach at $1180/ton on the low end while ABS prices could reach $1260/ton”, said a producer source.

Styrene prices currently stand at around $950/ton, down about $370/ton from the same period of last year while ABS prices are reported $400/ton lower to be currently quoted at an average of $1282/ton according to ChemOrbis Price Index. 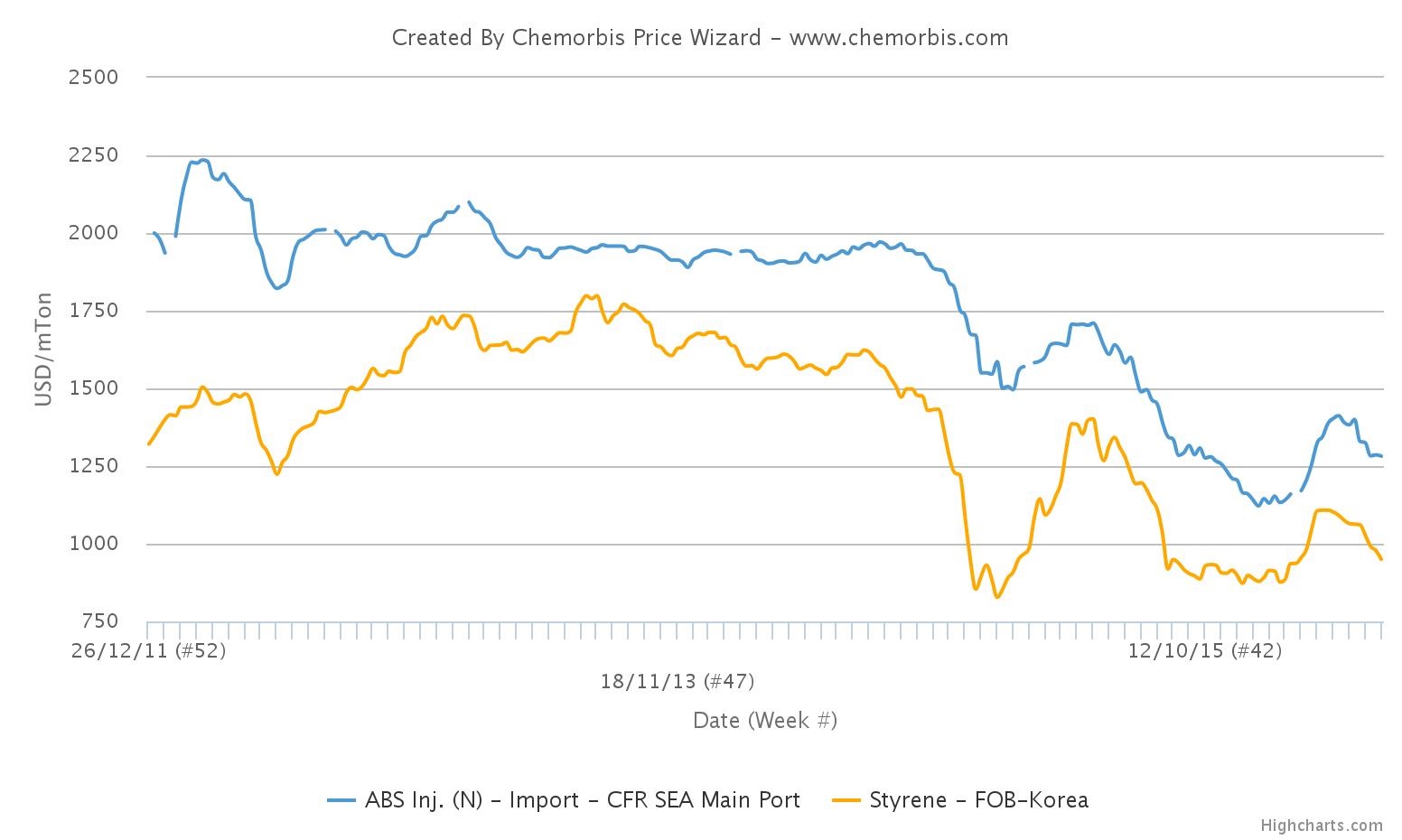