by ChemOrbis Editorial Team - content@chemorbis.com
In Europe, spot styrene prices jumped by around $100/ton on Friday to hit around $1385/ton FOB NWE. According to ChemOrbis Price Wizard, the recent levels pointed to the highest levels of more than 5 months on a weekly average. 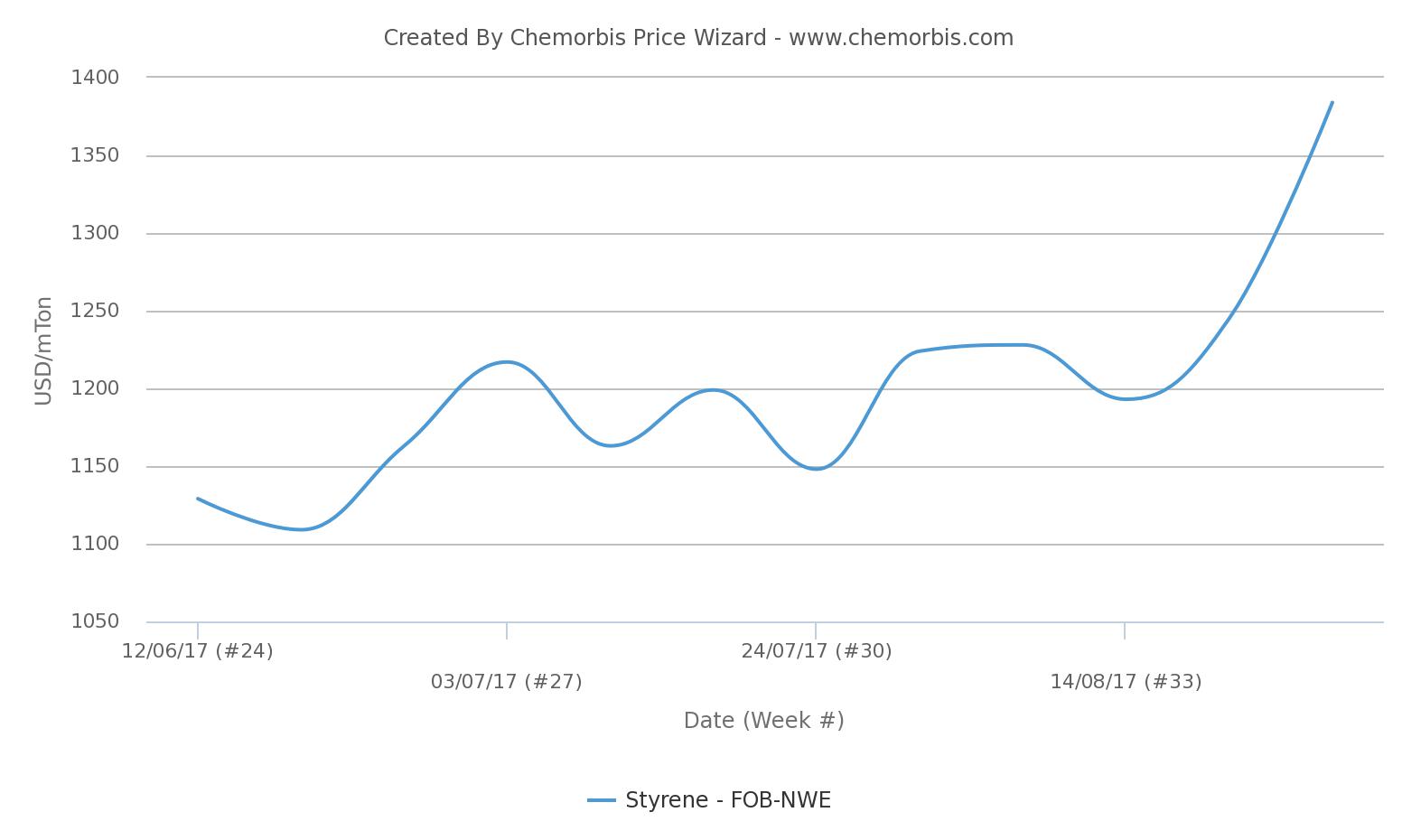 Market players reportedly attributed the spike to the mounting supply concerns for September given a force majeure declared by Total on styrene supplies from its Gonfreville plant at the end of last week. No further details were obtained about the duration of the force majeure at the time of publication.

In addition, styrene exports from the US are expected to be reduced in the coming weeks now that the petchem production across the region has been severely affected by Hurricane Harvey. “This exacerbated supply concerns,” players commented.