by ChemOrbis Editorial Team - content@chemorbis.com
The Asian spot propylene market has been posting consecutive weekly increases since mid-November 2017 while the European and the US markets responded to this firming in early December 2017 and have followed a stable to firmer trend since then. Higher prices were mainly attributed to supply concerns across the global markets. 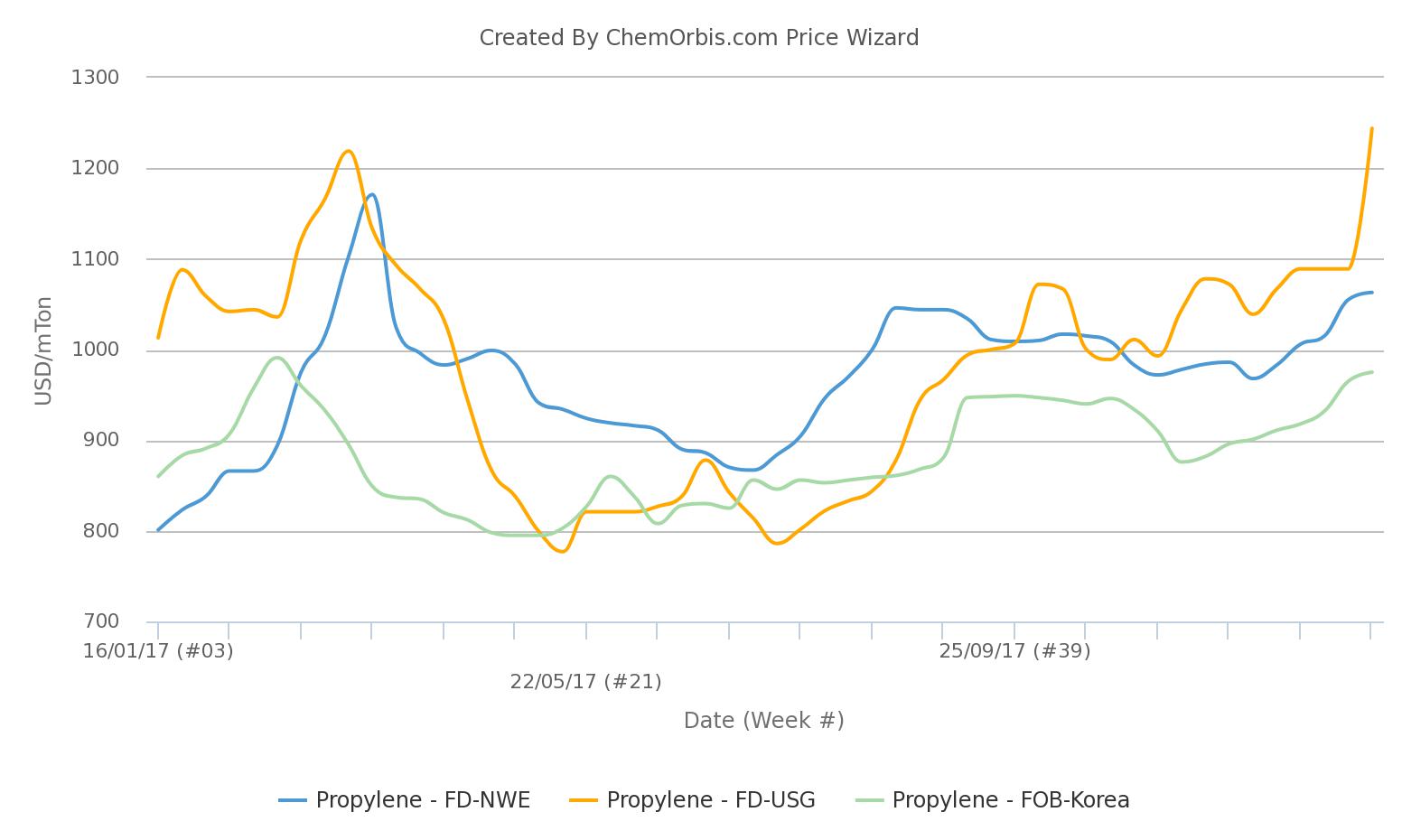 In Asia, spot propylene prices witnessed additional increases of up to $30-35/ton on a weekly basis while the cumulative gains have reached $100/ton since mid-November. The market found support from tight supplies given several shutdowns across the region, including the month long maintenance at China’s Tianjin Bohai’s 600,000 tons/year capacity propylene plant which started on Jan 4. Apart from this, the firming trend in the Asian polypropylene market also contributed to higher propylene prices. Meanwhile, weekly average prices on ChemOrbis Price Wizard suggest that FOB South Korea based prices are currently standing at their highest levels since late February 2017.

In Europe, after January propylene contract was agreed in the last days of 2017 with an increase of €20/ton over the December settlement, the firming trend in the spot propylene market was extended to the new-year. The cumulative gains have reached €70/ton on average, according to ChemOrbis Price Wizard. Players’ expectations of shorter supplies in the first quarter of 2018 were cited as the reason of the ongoing firmness.

Similarly in the US, December propylene contracts were agreed with a 1 cent/lb ($22/ton) increase over November given tight supplies amid outages across the region. The US is also the region where the largest gains have been reported so far as ChemOrbis Price Wizard shows a weekly increase of around $155/ton currently. Following this week’s spike, spot propylene prices on FD USG basis have currently hit a four year high on average, according to ChemOrbis Price Wizard. According to market sources, this was in line with the ongoing outages including the unexpected shutdown at Dow Chemical’s PDH unit in Free Port, Texas, which occurred in December 2017 and still persists.

To track the most updated propylene and PP production news, please see PP Production News (For members only)