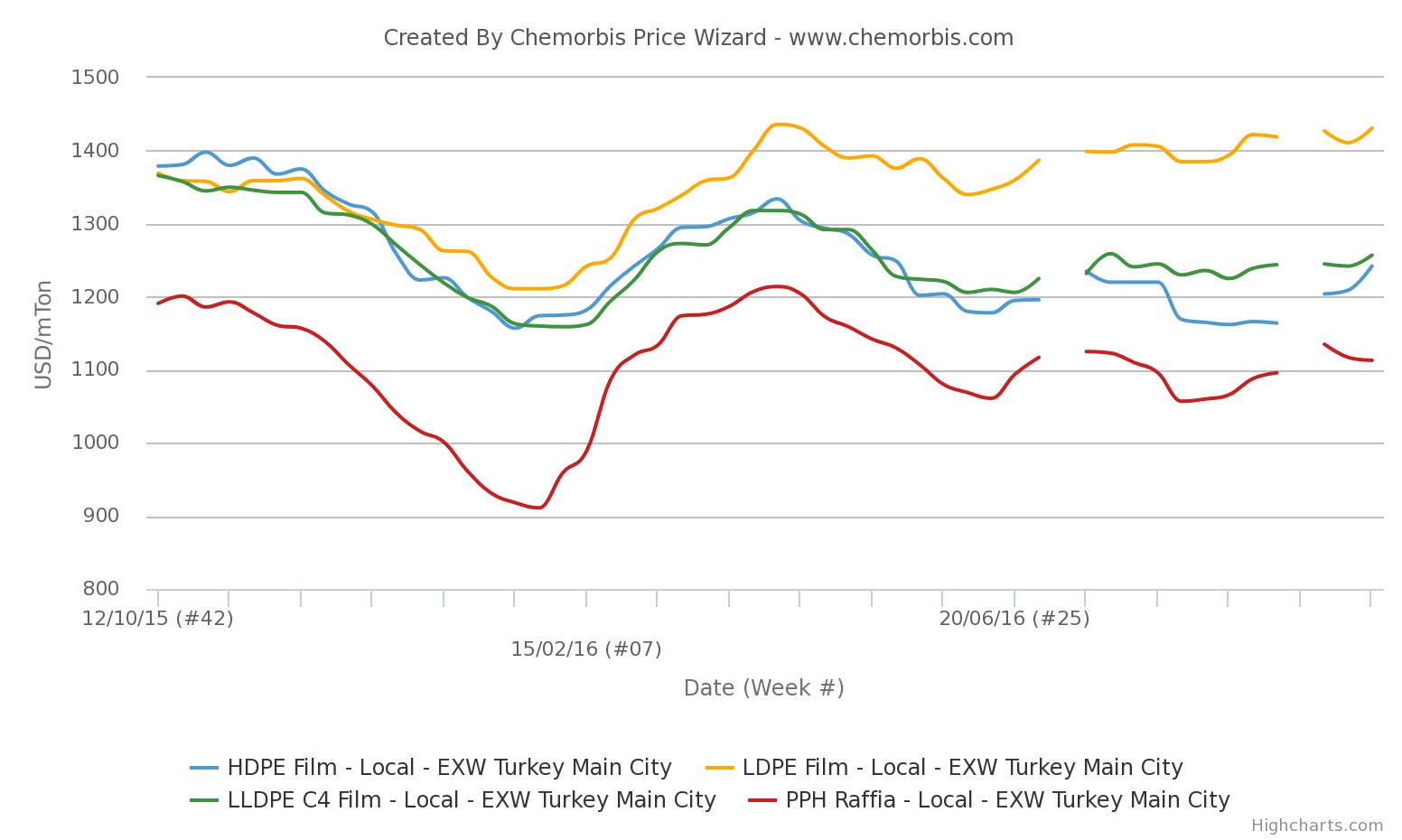 Players attributed the firmer trend to limited quotas from several Middle Eastern suppliers for October. “A major Saudi Arabian producer has almost sold out its HDPE and LLDPE film cargos at certain bonded-warehouses in Turkey,” a buyer said. A scheduled maintenance at an Uzbek source coupled with a turnaround started on October 1 at a Saudi Arabian producer reinforced supply concerns.

A trader claimed, “The domestic Turkish producer is conducting a maintenance at its LDPE tubular unit, which keeps the LDPE market tight at a time when most Middle Eastern sources sold out their limited allocations for the month. We saw improved LDPE demand during the last two days.” Yet, some players are skeptical about whether higher prices will see acceptance or not.

However, in the PP market, the overall homo PP range remained at $1300-1350/ton ex-warehouse Turkey, cash inc VAT for another week. Converters, who received slight corrections on initial October import offers, did not rush to purchase beyond their basic needs with the local offers at or close to the high end facing resistance. “We purchased some material that is on the way at $1280/ton delivered to our factory,” said a raffia converter.