by ChemOrbis Editorial Team - content@chemorbis.com
In Turkey, import PVC prices for non-dutiable origins have rebounded from a five-month low this week as exports from European suppliers have mostly been disrupted in November due to the production issues at their upstream/downstream units.

According ChemOrbis Price Index, duty-free PVC k67 prices turned up as of last week after following a decreasing trend since around mid-June on a weekly average and hitting a more-than-a-two-year low. 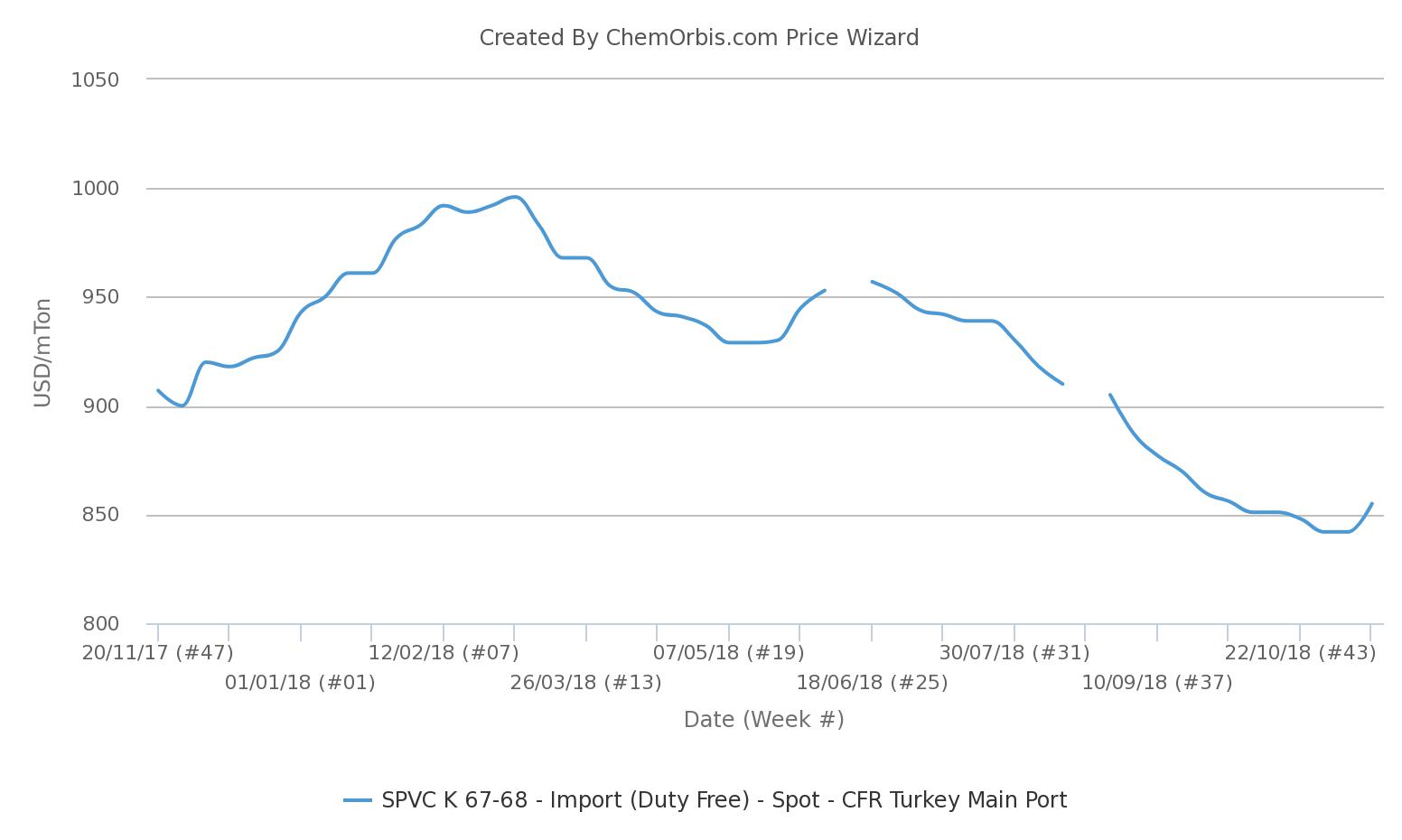 Certain PVC suppliers in Europe revealed that they will not be allocating material for their export customers until feedstock-related issues affecting their production are solved. Moreover, some of them were said to be facing delivery delays.

Not only traders but also Turkish converters confirmed mounting supply concerns for k67 and k70. A trader reported, “PVC has turned firmer this week as two European producers skipped offers for this month and the number of import prices is limited.”

Similarly, a distributor said, “Local PVC offers have witnessed visible hikes of $40-70/ton on the week as the lack of import offers prompted traders to search for locally-held cargoes. Demand for prompt cargoes visibly picked up amid higher offers for en-route cargoes. This trend is driven by supply issues rather than global dynamics, however.”

Nonetheless, questions were raised as to whether the firmer trend of PVC will be sustained. A seller commented, “It might be a short-lived recovery on the condition that the market starts being fed with regular quotas again. Demand is yet to catch up with the recent firming.”

“We believe that European producers will start offering again heading to the year-end due to the holiday season. They might divert their cargoes to Turkey amid thin regional trading due to Christmas holidays,” said a converter.

On a side note, market sources in Europe expect to see a considerable drop in December ethylene contracts, pointing to the widening gap between spot ethylene and the monthly contract level. Plus, crude oil prices have hit a year-low recently. These factors might be prominent in setting the tone of the market in December, according to some players.