by ChemOrbis Editorial Team - content@chemorbis.com
Spot ethylene prices in Asia have been witnessing sizeable increases since the beginning of July, hitting a five-month high recently. Although the firming trend in China’s PE market remained in place last week, it failed to keep up with soaring ethylene prices and lagged behind them for the first time since late February.

Data from ChemOrbis Price Index indicates that spot ethylene prices on CFR China basis are currently carrying a premium of around $110/ton over import LLDPE film, $90/ton over import HDPE film and $30/ton over LDPE film prices on a weekly average basis in China, suggesting that PE is now being traded significantly below its breakeven point for non-integrated producers in Northeast Asia. 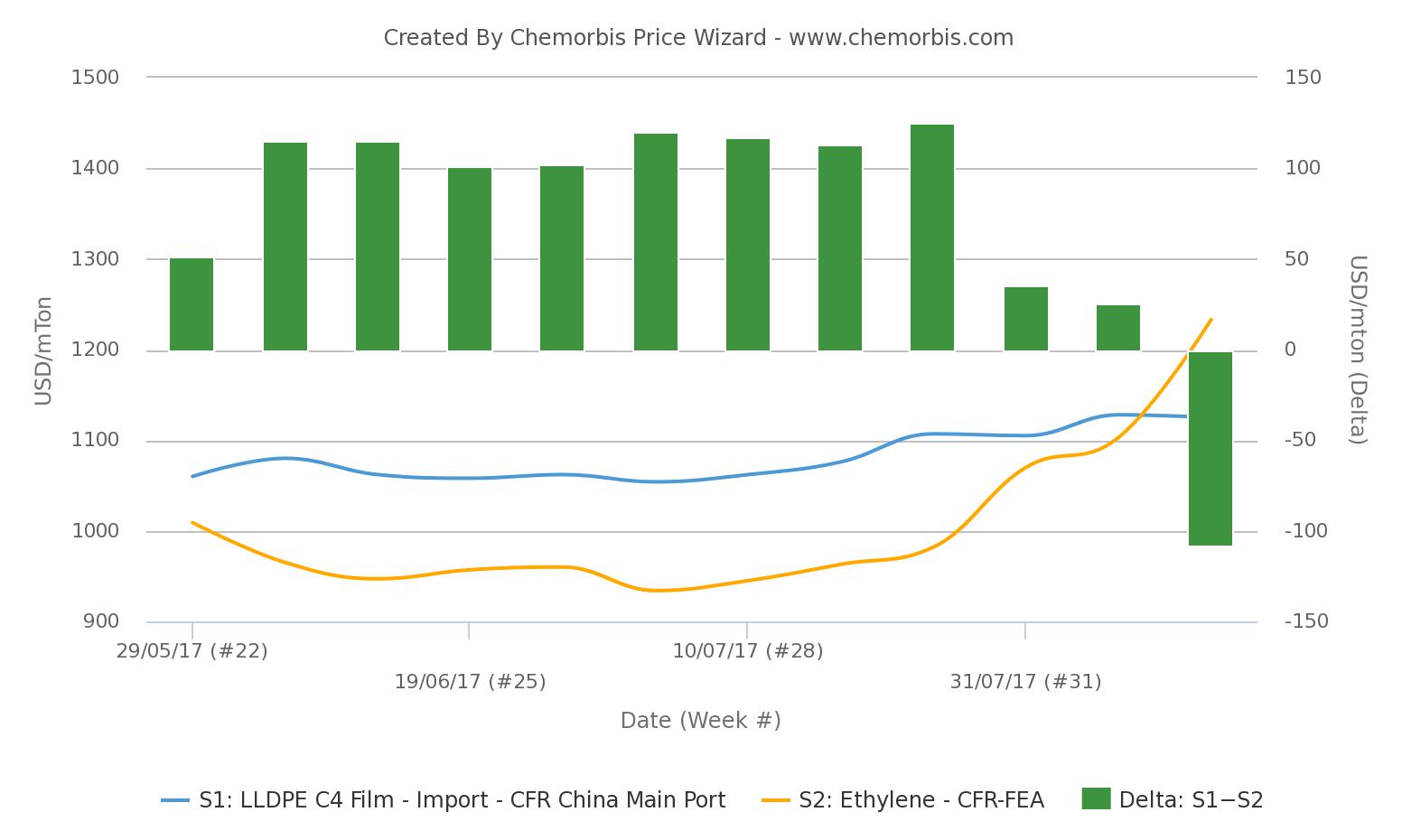 A global trader commented, “China’s import PE market increased at a slower pace last week as buyers who believe that prices already climbed too fast in the previous weeks started to show resistance to higher offers. Still, PE prices are likely to remain firm as long as ethylene sustains its current trend.”

A second trader opined, “We suspended our offers to China this week as spot ethylene prices are too high at the moment. Initial PE offers for September from the Middle East may emerge with increases of around $10-20/ton in the coming days.”

Meanwhile, there were a few players who expressed their concerns about the size of the recent ethylene increases, saying, “We think that the upward trend of ethylene may not be healthy as spot prices surged by almost $300/ton in a short period of one month. We are worried that the market may suddenly start to see corrections.”