The gap between propylene and import homo PP widens in SEA, China

by ChemOrbis Editorial Team - content@chemorbis.com
According to weekly average prices on ChemOrbis Price Wizard, the gap between spot propylene prices on FOB Korea basis and import homo PP prices both in Southeast Asia and China has been widening since late February.

Spot propylene prices in Asia have been following a downward trend due to weak demand despite several maintenance shutdowns in the region, which contributes the retreating prices both in China’s and Southeast Asia’s import homo PP markets along with the factors including slower than expected demand as well as lower offers from both regional and overseas producers. 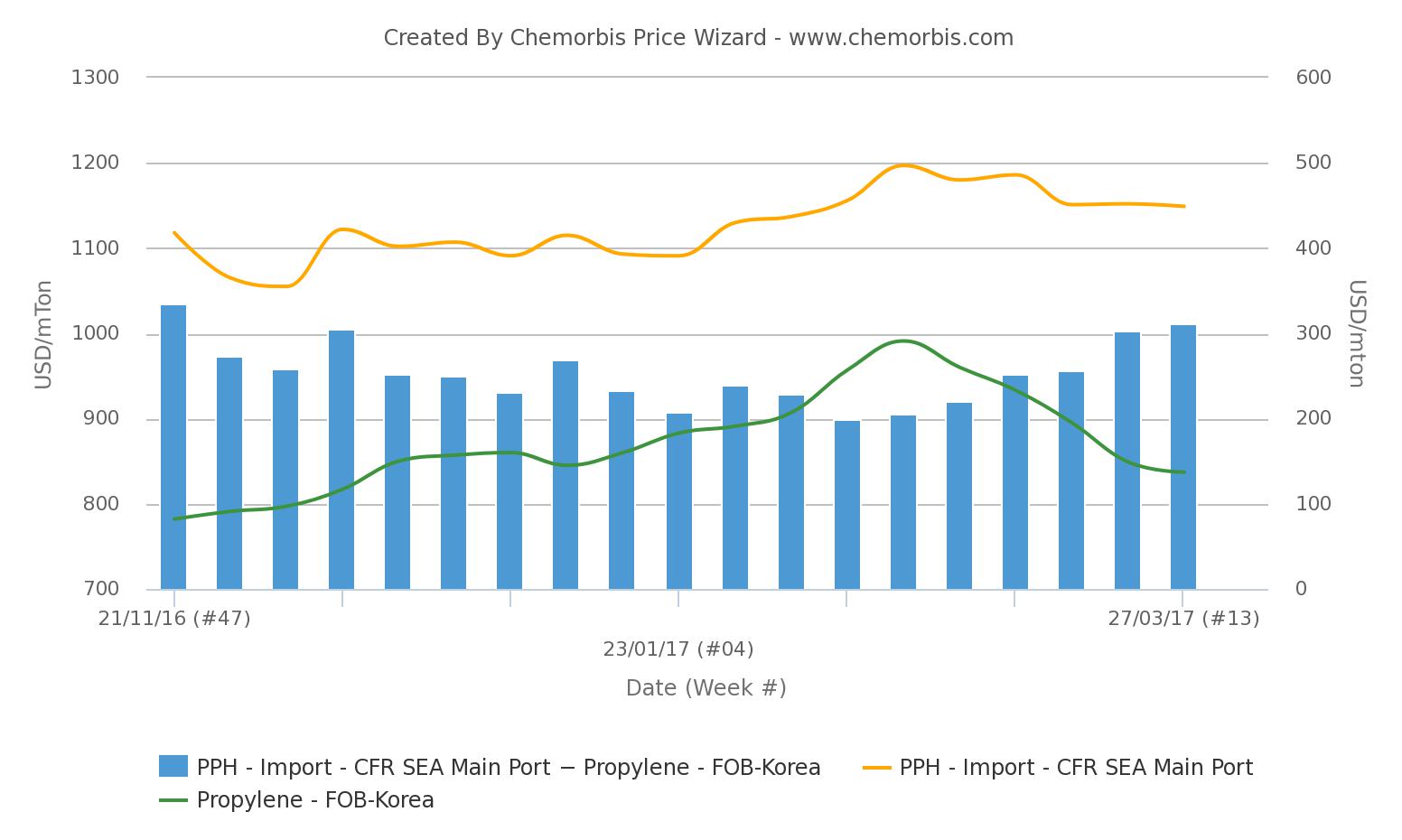 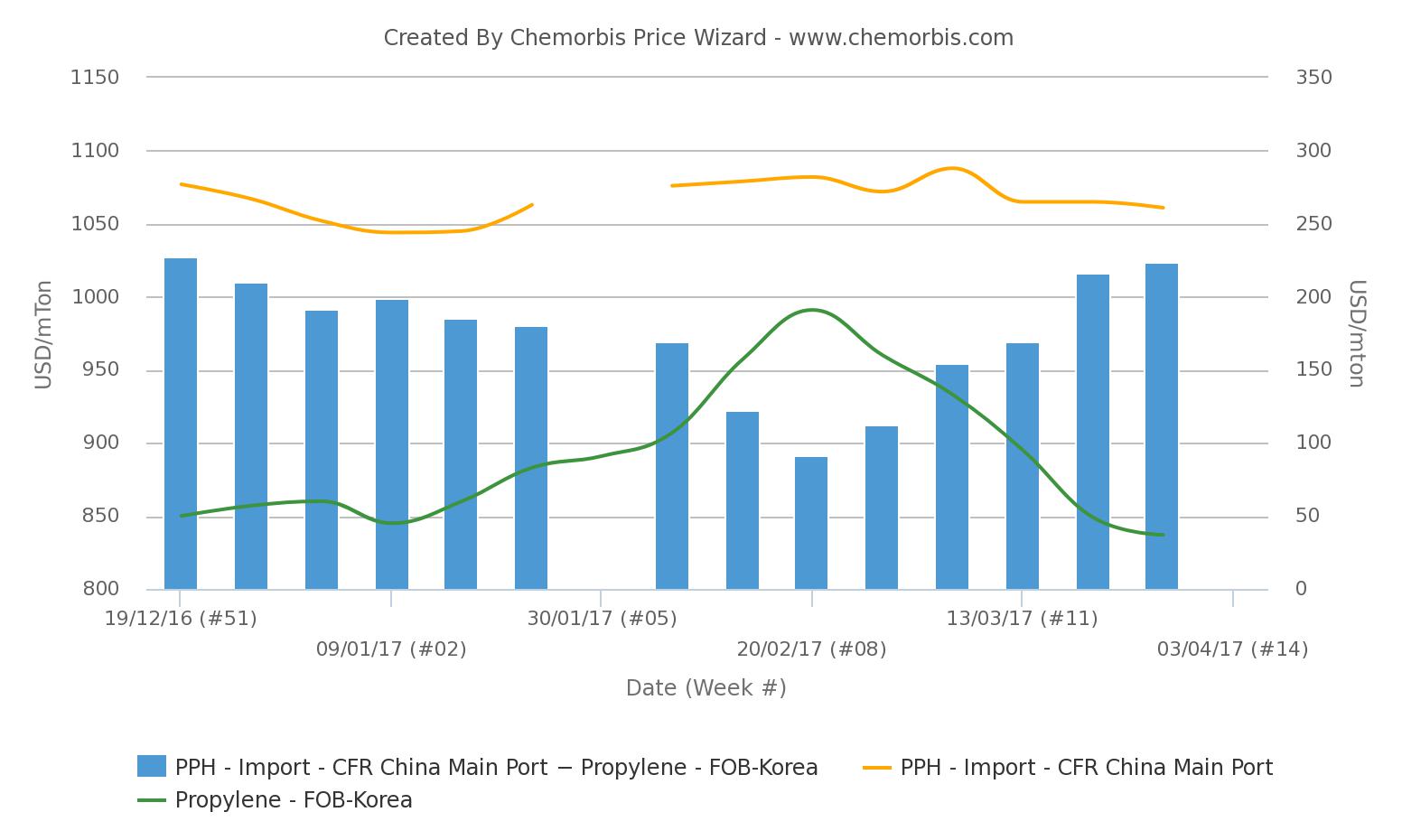 A Vietnamese converter commented, “Delta between propylene and PP remains wide in Asia; therefore we think PP prices still have room for further decreases in the days ahead to be reported at around $980-1000/ton CIF basis. This is also why we keep our purchases on hold for now.”