by Merve Sezgün - msezgun@chemorbis.com
In Asia, initial July PVC prices were announced with increases of up to $40/ton when compared to June, matching players’ expectations based on a tighter global market.

“PVC has been defying the weakness in other polymer markets across Asia on the back of supply woes,” traders commented.

China’s PVC market has already been tight for a couple of months owing to planned/unplanned shutdowns. Availability concerns have been intensifying in the face of Brazilian Braskem’s supply disruptions which rattled the markets as it is likely to affect PVC prices on a global scale in the medium term.

Following the latest round of price gains, the weekly averages of PVC K67 prices on CIF China/India/SEA basis reached a three-month high, data from ChemOrbis Price Index revealed. China’s and India’s import PVC K67 markets have posted a cumulative increase of almost $60/ton since they hit multi-year lows in around mid April. 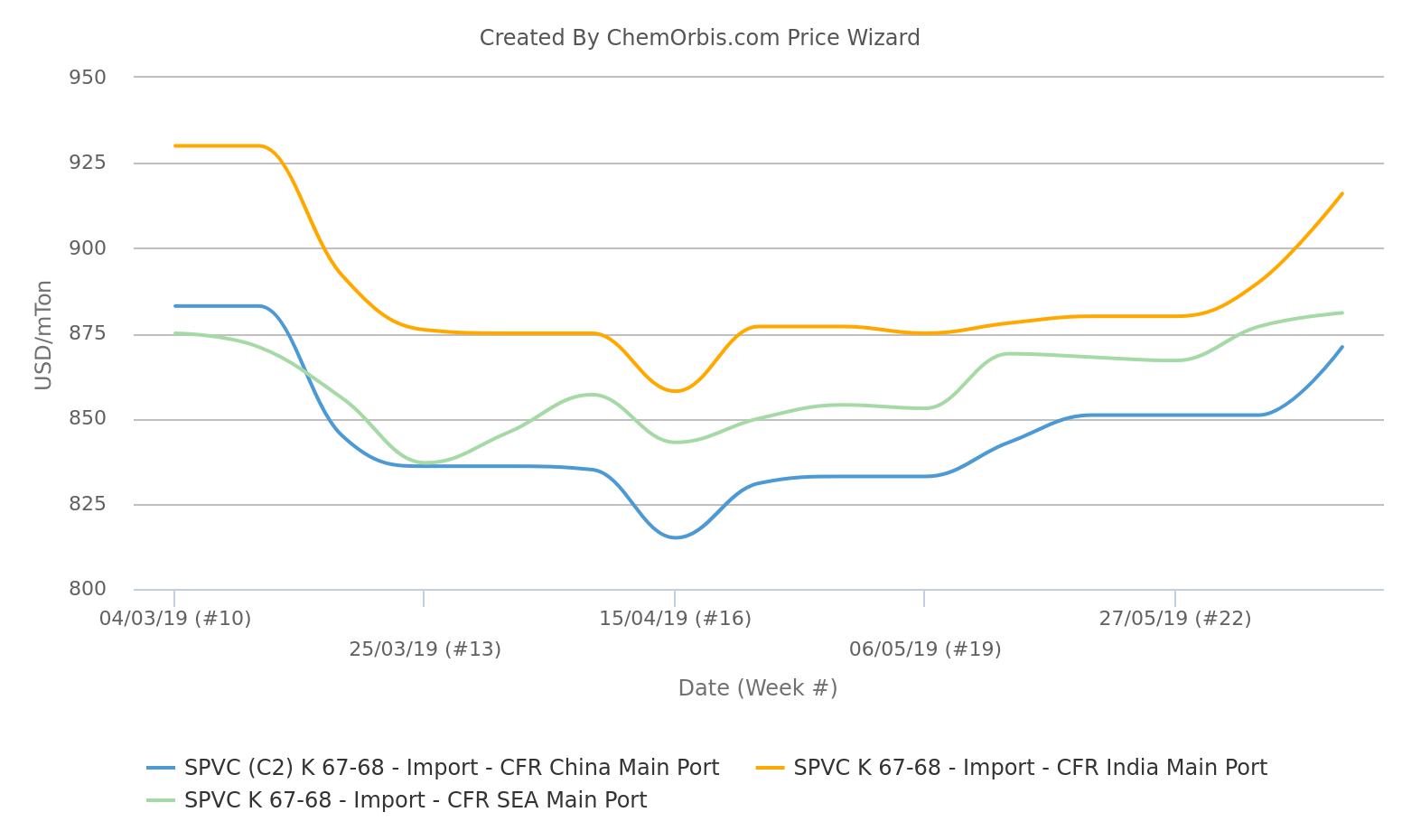 A major Taiwanese producer announced its July offers to India and China with $40/ton increases from June with no volume discount while a Japanese producer also applied fresh hikes ranging from $10/ton to $40/ton on its new prices to China, India and Southeast Asia.

“PVC sentiment remains firm due to ongoing concerns about supply disruptions, particularly from Brazil,” a source from the Japanese producer noted.

A few traders operating across Asia reported that PVC offers from the US continued to track a firming trend due to tight availability.

“We heard that supply issues at Brazilian Braskem’s facilities may remain in place for around five or six months, pushing US PVC offers higher. We think that the Taiwanese major may divert some of its allocations to Brazil,” a trader in India opined.