by Manolya Tufan - mtufan@chemorbis.com
Data from Eurostat reveal that overall polymer imports into the European Union in 2019 hit a record high since 2001 following five straight years of expansion, according to ChemOrbis Stats Wizard.

According to the full year import statistics for 2019, the EU’s cumulative polymer imports were up by more than 17% on the year to hit over 8 million tons last year. On a monthly basis, they fell by nearly 13% to around 532,560 tons in December, while they were down by 2% from the same month of 2018. 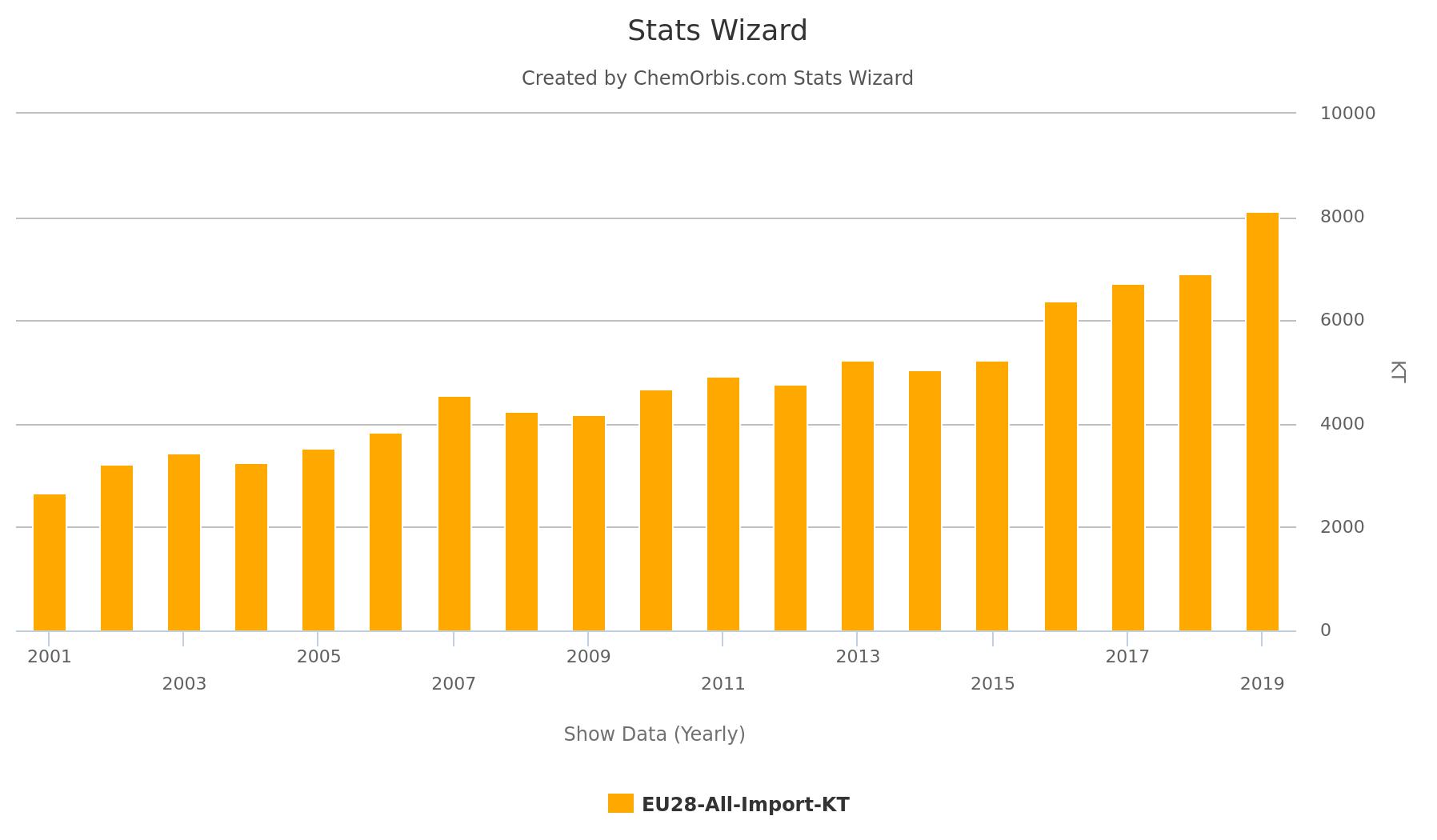 Still, the trend varied in a product-based breakdown, with overall PP, PE, PS and PET imports booming while others contracting. One of the products contributing to the upward movement in EU’s overall import growth was PET. Overall PET imports rose by 29% year over year, marking the fastest pace of growth among all polymers. LLDPE was the only PE grade indicating a yearly drop. LDPE imports grew at a slower pace when compared to mLLDPE and HDPE, which indicate significant increases of 76% and 42%, respectively. Meanwhile, PVC saw the fastest rate of contraction at 10%.

On the other hand, LLDPE imports were down by 11% on the year to around 1 million tons. This also stands nearly 15% below record high imports of 2017.

The EU’s overall PET imports, including bottle and textile grades, rose by 29% on the year to hit a record high level at 1.3 million tons.