Traders: Delayed PE shipments from Iran set to arrive in China in Jan

by ChemOrbis Editorial Team - content@chemorbis.com
Several traders operating in China were reportedly informed by Iranian PE suppliers that delayed shipments from the country are expected to arrive in China next month in line with easing supplies in Iran.

A Beijing-based trader noted, “We are not making any fresh PE purchases for the moment as prices might witness a downturn given the news that Iranian producers are set to ship cargoes to China this week due to their improved availability.”

In Shanghai, a trader commented, “Iranian producers informed us that they are now able to ship their delayed September and October cargoes to China. We believe that the cargoes will arrive at Chinese ports in January if they are shipped out this week. Improving supplies from Iran might put a cap on any further increases in China’s import HDPE market.”

Another Shanghai-based trader affirmed, “We heard that Iran’s Mehr Petrochemical and Jam Petrochemical have resumed their normal operating rates at their PE plants. Hence we believe that supplies from Iran will improve in the near term, which might exert downward pressure on China’s import PE market, particularly for HDPE.” Meanwhile, LDPE prices in particular have already softened to some extent this week in China, feeling pressure from low demand at the year-end.

Data from ChemOrbis Price Index suggest that the weekly average of HDPE film prices on CFR China basis are currently hovering around at its highest level since July 2015. 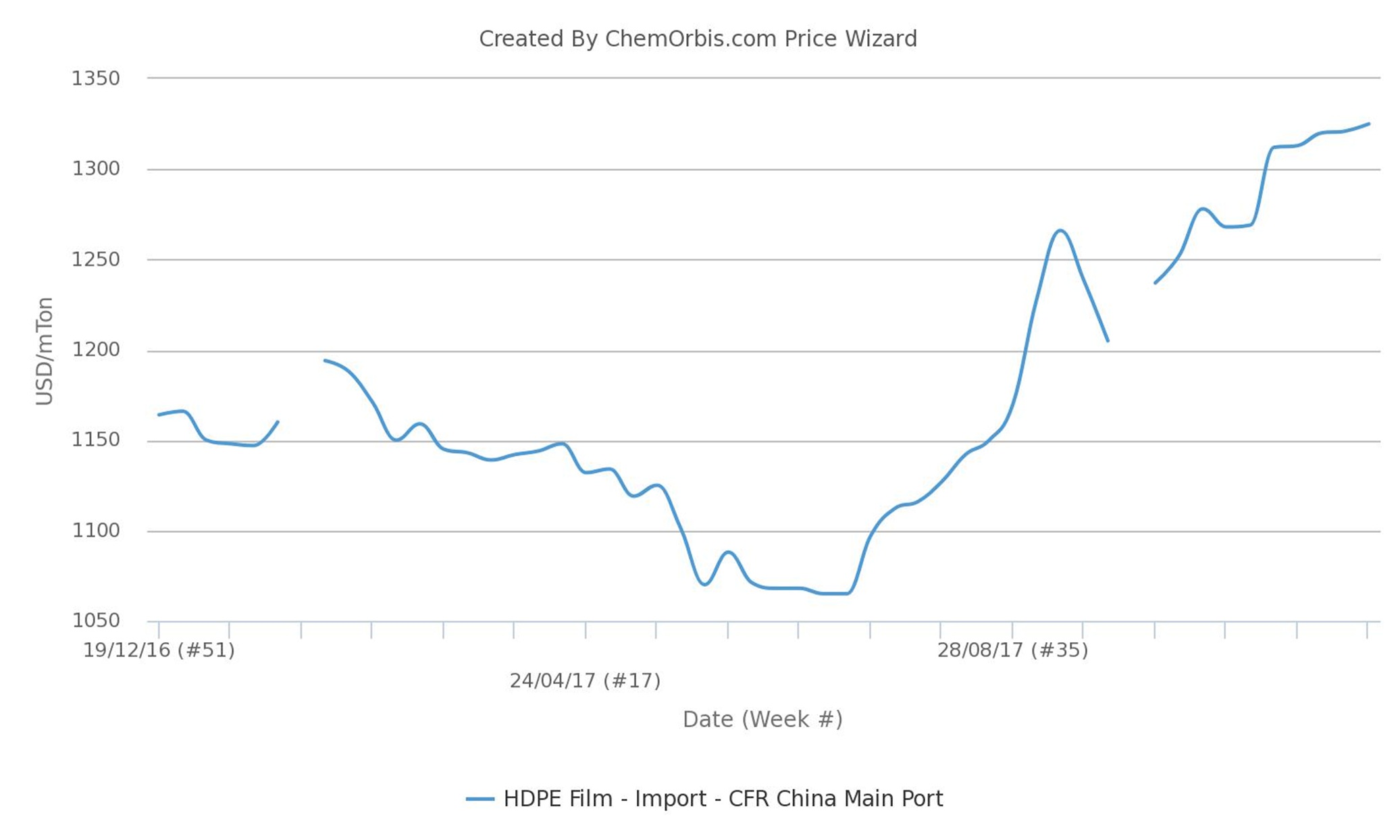 In the meantime, according to data from ChemOrbis Import Statistics, China’s HDPE imports from Iran decreased by 9.6% on a yearly basis in the first ten months of 2017 although the country’s total HDPE imports climbed by 22% in the same timeframe to reach more than 5 million tons, hitting a record high since ChemOrbis began keeping records in 2001.

In October, China imported a total of around 98.000 tons of HDPE from Iran, down by 11% from September.