by ChemOrbis Editorial Team - content@chemorbis.com
According to data from ChemOrbis Import Statistics, Turkey’s overall polymer imports were up by 7.6% to stand at 2,620,000 tons in the first six months of 2018 when compared to the same period of 2017. The total volume pointed to the largest H1 imports figure since ChemOrbis started to collect import statistics data in 2000. 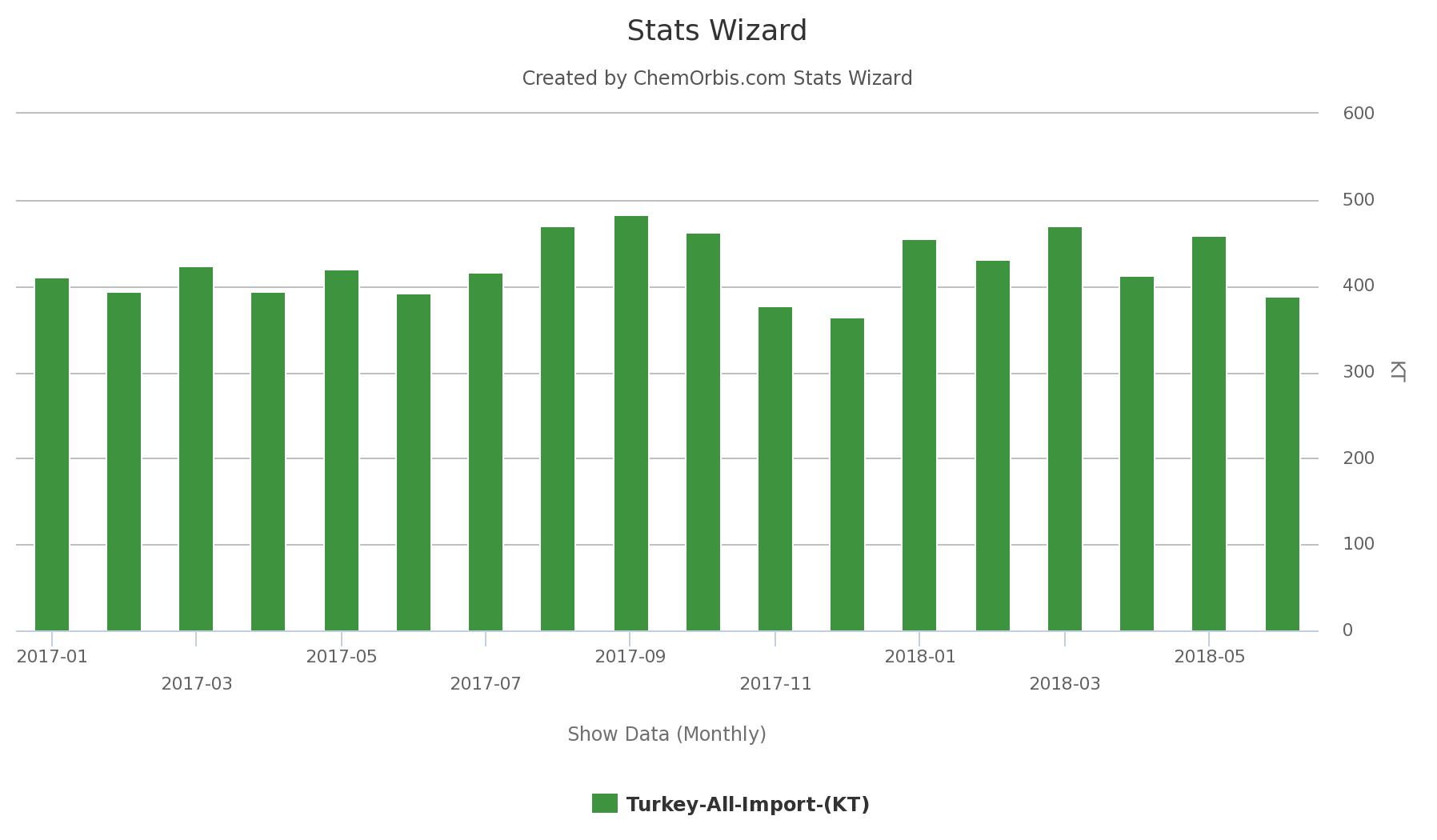 Saudi Arabia remained as the top polymer exporter of Turkey with approximately 562,000 tons of imports in the first six months, followed by South Korea and Iran.

In a product breakdown, PP and PVC imports contributed the most to the higher volume for the period, while imports of PE followed divergent paths depending on the product.