by ChemOrbis Editorial Team - content@chemorbis.com
Turkey’s import PS markets were trading below China since July 2016, except for a few short-lived periods that the two markets were on par. According to ChemOrbis Price Index, HIPS prices recently gained a premium of $60/ton, the first time after ten weeks, owing to consecutive increases in the last two months versus a softening in China for the last three weeks in a row. 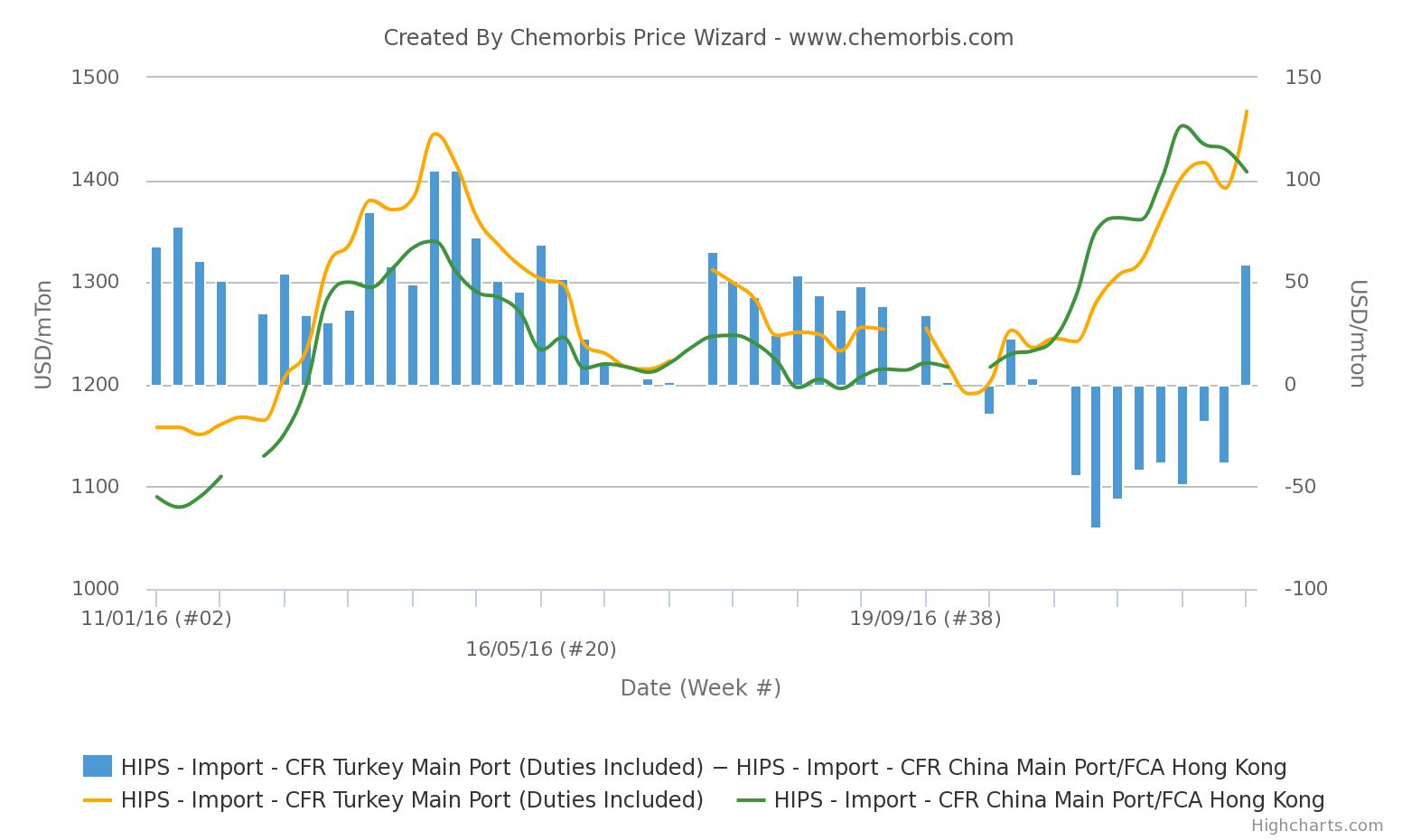 The main trigger behind the bullish HIPS market was sharply surging butadiene costs both in Asia and Europe. On a FOB South Korea basis, spot butadiene prices posted a cumulative increase of more than $900/ton within a period of one month. The butadiene contract also settled up €140/ton for January compared to December in Europe.

Additionally, a trader in Turkey stated, “HIPS supply seems relatively limited compared to the previous weeks. We mostly hear Malaysian cargos in the country with fewer sources being available for this product. This must be another reason that keeps HIPS strong despite buyers’ resistance to higher offers.”

Meanwhile, import GPPS prices in Turkey remained below the levels in China, although the discount amount compared to that market has narrowed to around $85/ton from as large as $160/ton in mid-December, as can be seen on the chart below. 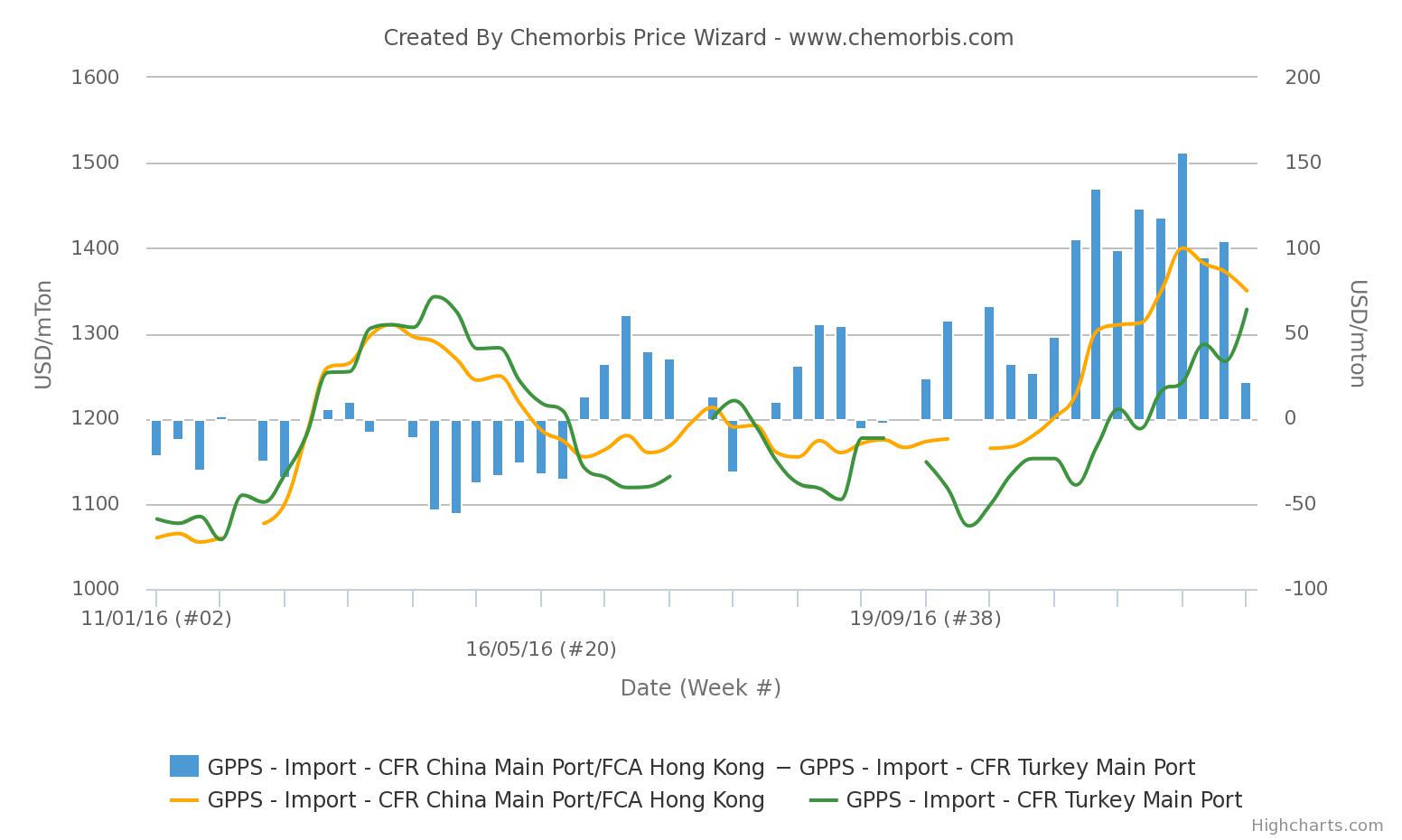