by ChemOrbis Editorial Team - content@chemorbis.com
PE prices in Turkey have been moving down since mid-June under pressure from a lack of smooth demand and supply concerns. Political and economic uncertainties along with parity movements are keeping purchasing volumes restricted on part of PE converters.

Sellers have implemented gradual discounts on their offers since the beginning of July which has sent the import and local markets to the lowest levels of the recent months or even years for some PE products.

According to the weekly average data from ChemOrbis Price Index, import HDPE and LLDPE film markets posted cumulative declines of around $45-50/ton over the past one month, pushing prices to the lowest levels in three and eight months, respectively. LDPE, meanwhile, was down by around $35/ton in the period to hit more than a two-year low, as data suggest. 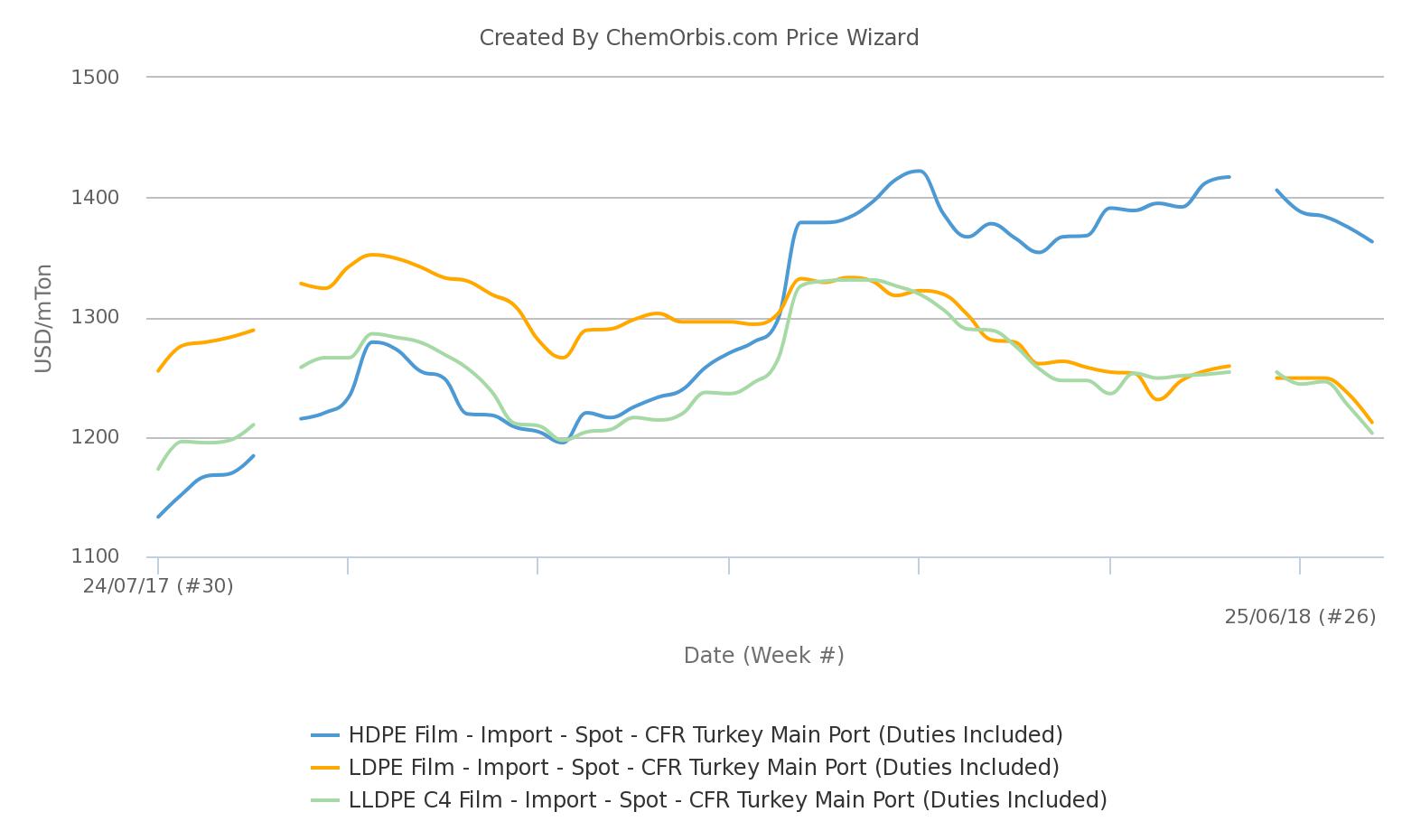 “We are keeping our purchases on our needs basis as we anticipate further price cuts for PE albeit not in drastic amounts considering that not many Uzbek and Iranian cargos are present in the market. HDPE film seems under more pressure when compared to other products, meanwhile, as it had previously seen larger hikes owing to tight supplies,” a packager commented.

Another converter thinks that Turkey may receive competitive European offers next month, particularly for LDPE considering the summer holidays in the region.

HDPE film prices have been trading well above LDPE since January this year on the contrary to the tradition. The latest gap between the two products still stands as high as at $150/ton recently, according to ChemOrbis Price Index, which support the persisting weak expectations for HDPE film.

In the local market, depressed buying appetite forced distributors to apply steady discounts for another month. Prices have retreated to the lowest levels of six months for HDPE film with a cumulative decrease of $70/ton, while LLDPE and LDPE film posting $30/ton drops on average during the last one month. 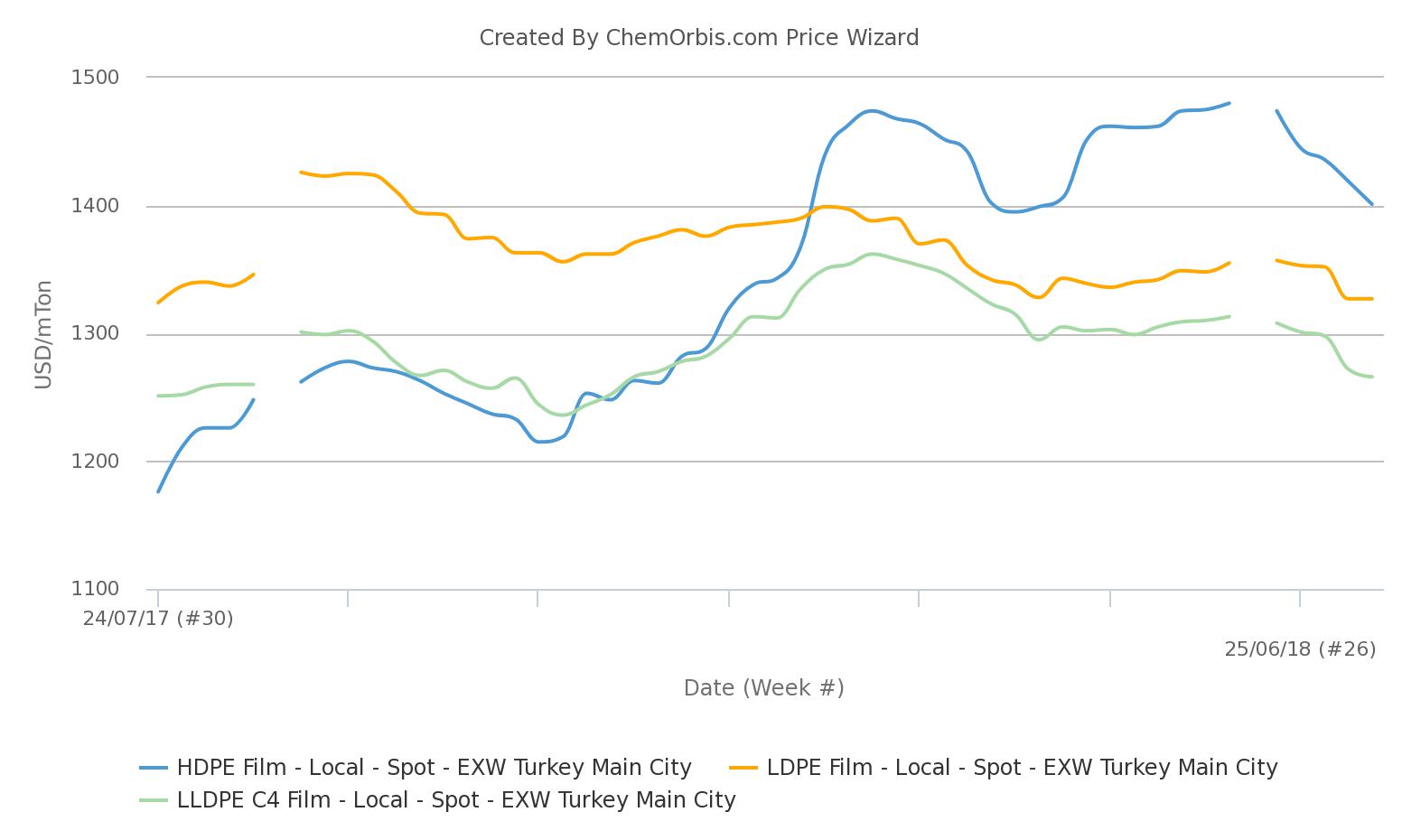 As for the near-term, PE players concur that unpromising demand is likely to keep the trend weak, with some of them projecting that American offers are set to show presence in the market. They also point to the stable to soft trend in China which stems mainly from seasonal lull but is kept in check by firm ethylene prices and futures markets.