by ChemOrbis Editorial Team - content@chemorbis.com
PP prices in Turkey shifted up in the second half of April as the market hit the bottom after sinking to around 3-month lows, with sellers adopting a firmer stance, particularly on their raffia offers. Both import and local PP prices were on a bearish trend since late February before the sentiment cautiously reversed owing to relatively waning supplies, improved demand for prompt supplies and rising crude oil prices.

The uptrend has become more visible this week once players returned from the National Sovereignty and Children’s Day holiday on Tuesday. An Indian PP major pioneered hike attempts, with some Saudi Arabian sources unveiling their May homo-PP prices above last April levels.

According to the weekly average data from ChemOrbis Price Index, import PP prices represented an increase of around $25/ton for fibre and $42/ton for raffia week over week. In the meantime, increases in the local market gained speed due to diminishing prompt supplies and improved buying interest. Data suggested that the locally-held PP raffia market was up by around $33/ton from last week. 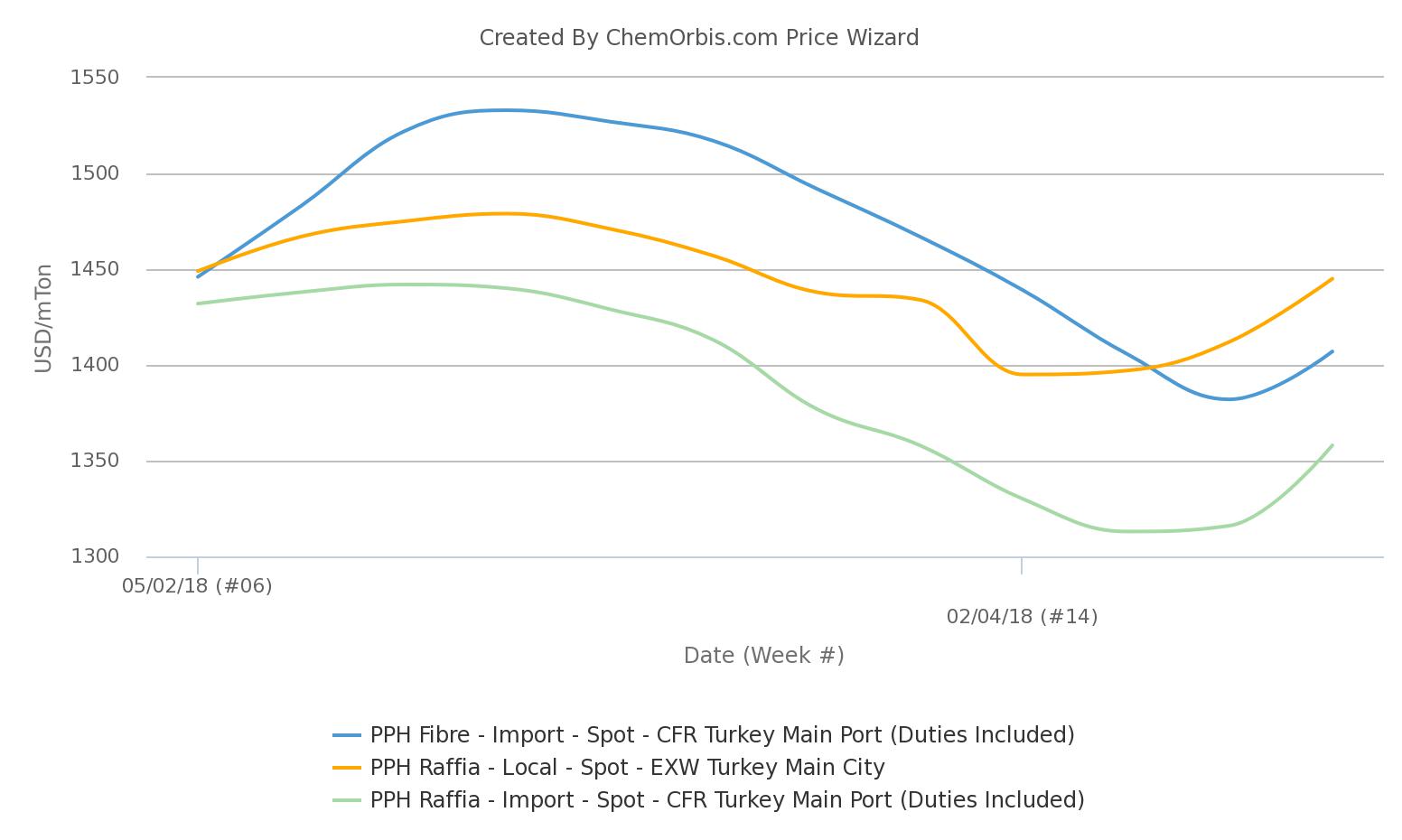 Players stated, “PP offers on the lower ends that were in place earlier this week disappeared swiftly as Saudi Arabian sources gradually lifted their prices along with increased inquiries from customers and less availability. PP fibre tracked rising raffia offers higher eventually and we heard up to $50/ton hike requests for this product.”

“We were not caught by surprise given the recent price increases. Prompt availability is limited, which attracted large buyers to replenish some inventories. We have achieved a better sales performance so far when compared to March and early April,” reported a trader. Additionally, both buyers and distributors drew attention to the fact that Petkim is adopting a firmer policy on their pricing.

On part of manufacturers, a sack manufacturer confirmed securing some import Saudi raffia for May shipment, paying $50-60/ton increases when compared his latest April deal.

Nonetheless, some converters remained skeptical about the recent upturn and argued, “China’s PP market, where many players are currently out of the market to attend ChinaPlas, has failed to display a strong firming despite rising energy complex. Thereby, we don’t expect prices in Turkey to spike much.”

According to some manufacturers, volatile USD/TRY parity, the nearing Ramadan and general elections in June may keep end product business moderate in Turkey in the medium term which would put a cap on the firming.