by ChemOrbis Editorial Team - content@chemorbis.com
Turkey’s import ABS market has been on a bullish trend since early February in line with the global rising trend in Asia and Europe. The upwards momentum gained speed during March triggered by rising styrene and butadiene costs in Asia. Now, traders report receiving a new round of price hikes ranging between $100-220/ton from South Korean ABS suppliers for April.

Agents of South Korean ABS producers confirmed receiving hefty increases for April. They plan to negotiate with their suppliers to obtain some discounts although they concur that producers are not willing to compromise from their initial levels much for now. A similar trend also prevails in Asia since sellers are said to be applying refreshed increases recently. Some players attribute firmer attitudes on the part of sellers to tight ABS supplies as well as a pick-up in trade given the season.

In Asia, spot styrene and butadiene prices on a FOB South Korea basis soared by nearly $70/ton throughout March. Suppliers justify their hikes not only with higher upstream costs but also restricted availability in the region. 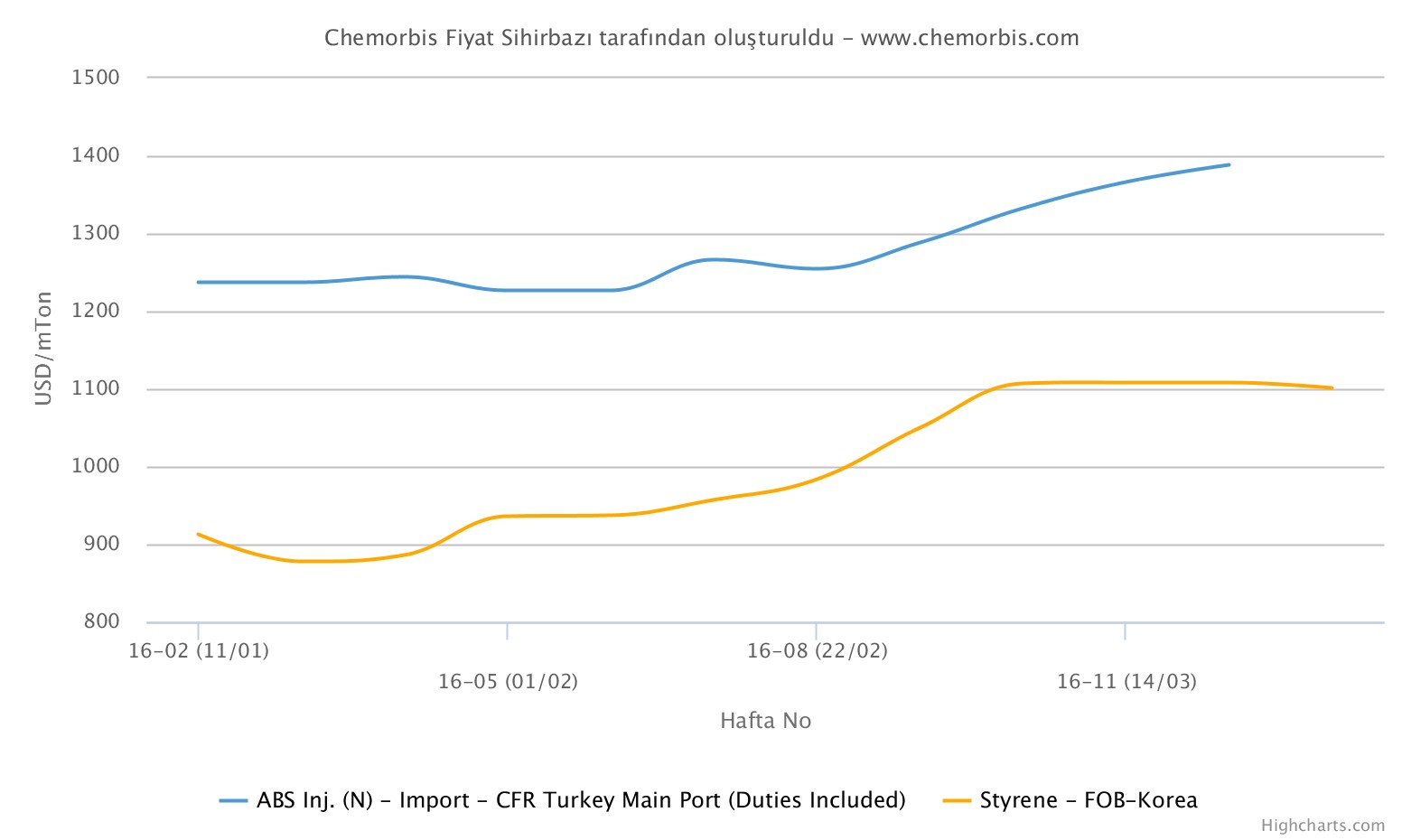 A South Korean ABS producer issued increases of $220/ton for ABS natural and $130/ton for ABS white and black grades to Turkey. "Our producer told us that they have limited allocation for us for April, adding that ABS prices will rise in April on the back of higher styrene and butadiene costs," an agent of the producer reported. The trader does not expect to get a discount of more than $20/ton since the producer is not eager to give much ground on their prices.

“Our supplier announced an increase of $180/ton for natural while lifting their ABS white offer by $130/ton month over month. The producer blames higher butadiene prices across the region in particular as the reason for their decision. Demand is not bad so far and we already received satisfactory orders,” an agent of a different ABS maker reported.

A different trader received $100/ton increases from his regular South Korean supplier this week. “We are planning to negotiate with our supplier soon. We expect to conclude our deals to replace some stocks by the end of this week while we may have to accept those hikes eventually,” he stated.