by ChemOrbis Editorial Team - content@chemorbis.com
HDPE pipe prices were on a bullish trend since the end of December in Turkey. Following the renewed increases for February, the import PE 100 pipe market reached the highest levels of the last 7 months on a weekly average, according to the data from ChemOrbis Price Index.

Apart from higher ethylene costs in global upstream markets, Petkim contributed to the trend with their first price revision on Monday since December. 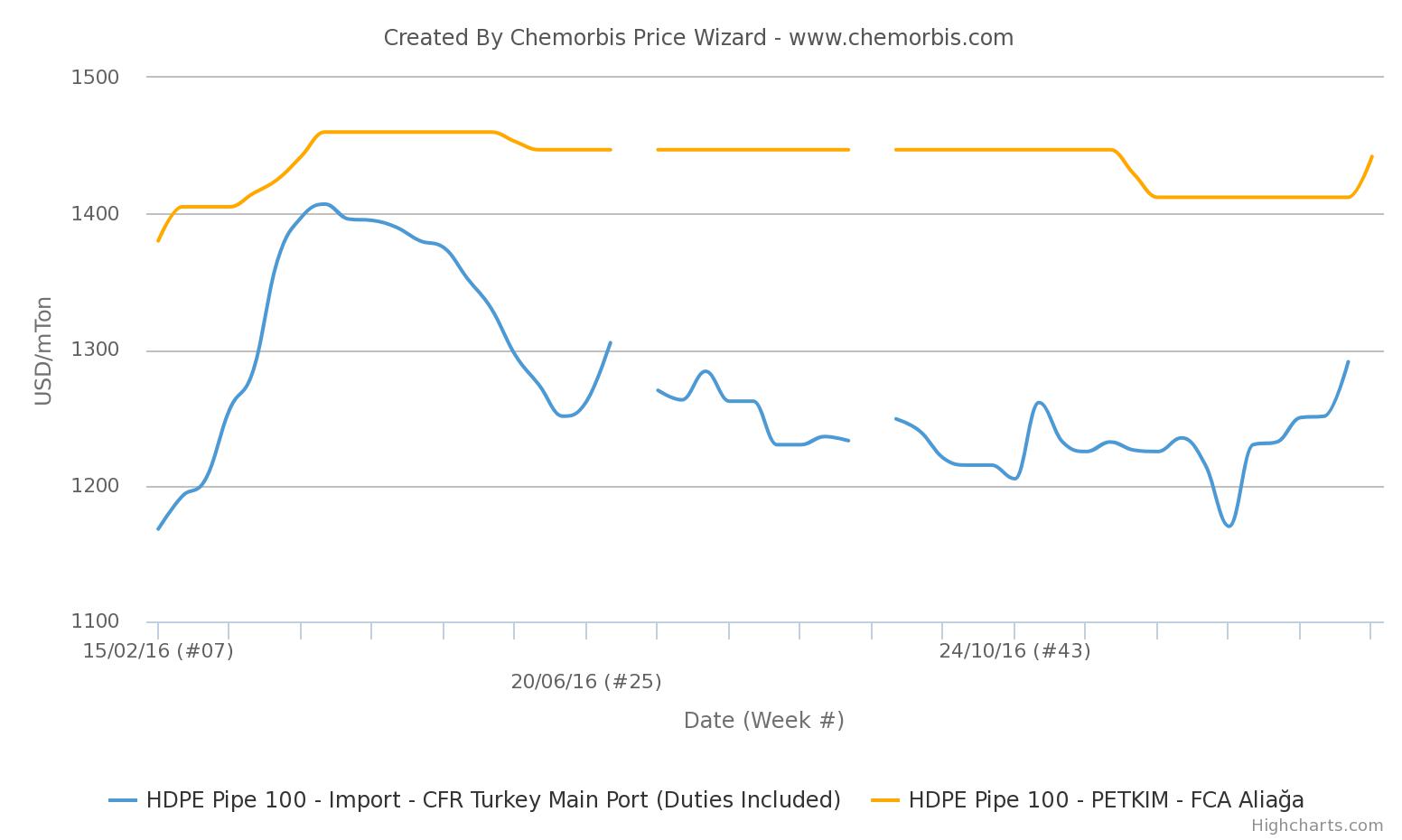 “In general, supply from the Middle East is limited which paved the way for PE hikes along with higher February ethylene contracts in Europe. Additionally, South Korean HDPE pipe suppliers implemented further price hikes for the new month based on rising spot ethylene costs in Asia,” a manufacturer stated.

The prevailing import HDPE pipe 100 (natural offers) from South Korea were reported at $1300-1310/ton CIF Turkey, cash no duty, up when compared to the latest January deals at $1255-1260/ton with the same terms.

“Another factor that supports sellers’ hike requests is firm expectations for the post holiday period in China,” mentioned a PE trader.