by ChemOrbis Editorial Team - content@chemorbis.com
Import PP prices in Turkey have been following a bullish path since early November as supply limitations have pushed the market steadily higher. Increases have not lost speed moving into the new year with January offers from traders indicating renewed hikes, while the market has recently hit the highest levels in two and a half year, the weekly average data from ChemOrbis Price Index reveal. 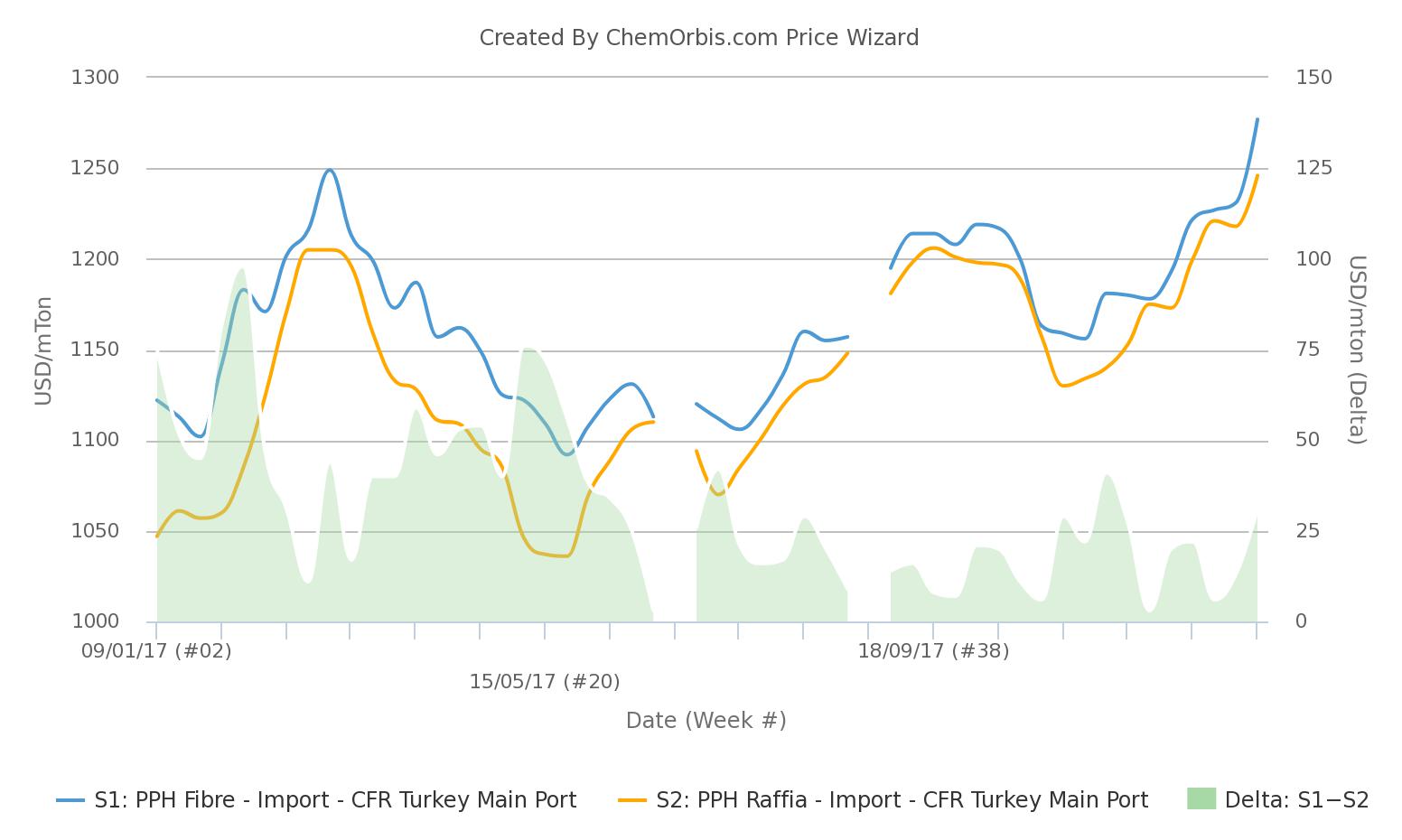 The data also suggest that the gap between PP fibre and raffia has relatively widened to stand at around $30/ton this week. The premium of fibre over raffia had shrunk to as low as $5/ton during the second half of December mainly due to tighter availability for PP raffia at the time.

“The PP market is quite firm amidst the lack of some Iranian and Saudi Arabian suppliers,” traders reported. A few sellers claimed that the recent political turmoil in Iran may cause concerns among some manufacturers as it may exacerbate supply issues from the country.

A bcf converter argued, “PP prices rose considerably during the last couple of months supported by supply constraints and the rising energy complex. It will be hard to reflect our soaring raw material costs onto our end product prices, while we expect the PP market to cool off in February once China enters New Year holidays.”

Following the gradual hikes, Turkey’s premium over China’s import PP market has been up to around $85/ton, the largest gap seen since July 2017 in line with supply limitations and relatively modest increases in China. The premium has grown steadily since December after the import market traded mostly at par with China in October-November, however, as can be seen on the graph below. Now that Turkey is offering a healthy netback with respect to China, players think that availability from overseas suppliers will ease. 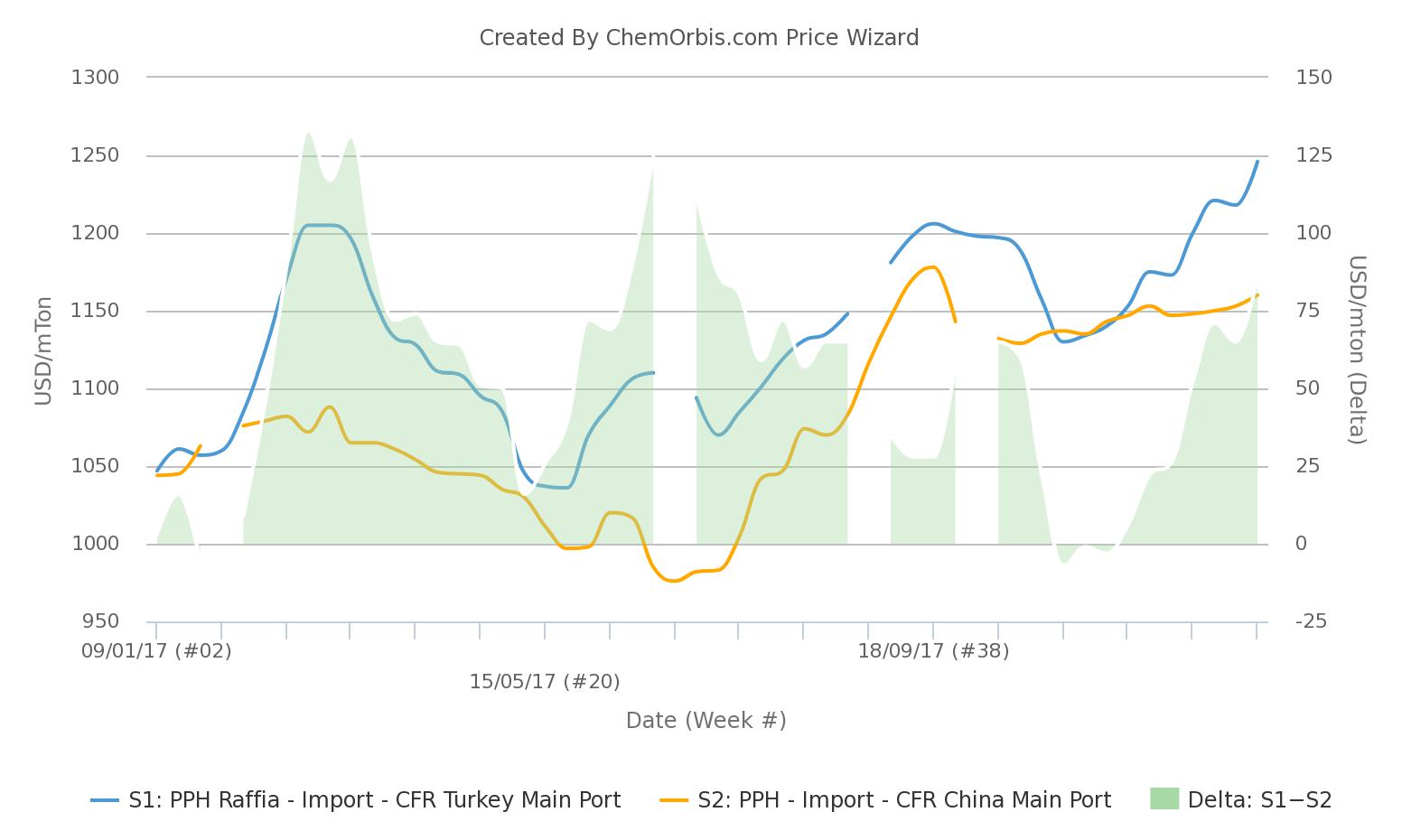