by ChemOrbis Editorial Team - content@chemorbis.com
Import homo PP prices have been moving south since the middle of April in Turkey with raffia grade facing more visible discounts owing to decreasing buying appetite from converters and comfortable supplies. Over this week, more sellers were open for negotiation for various origins including Saudi Arabian, Egyptian and Iranian given lower buy ideas and lack of firm bids from converters. 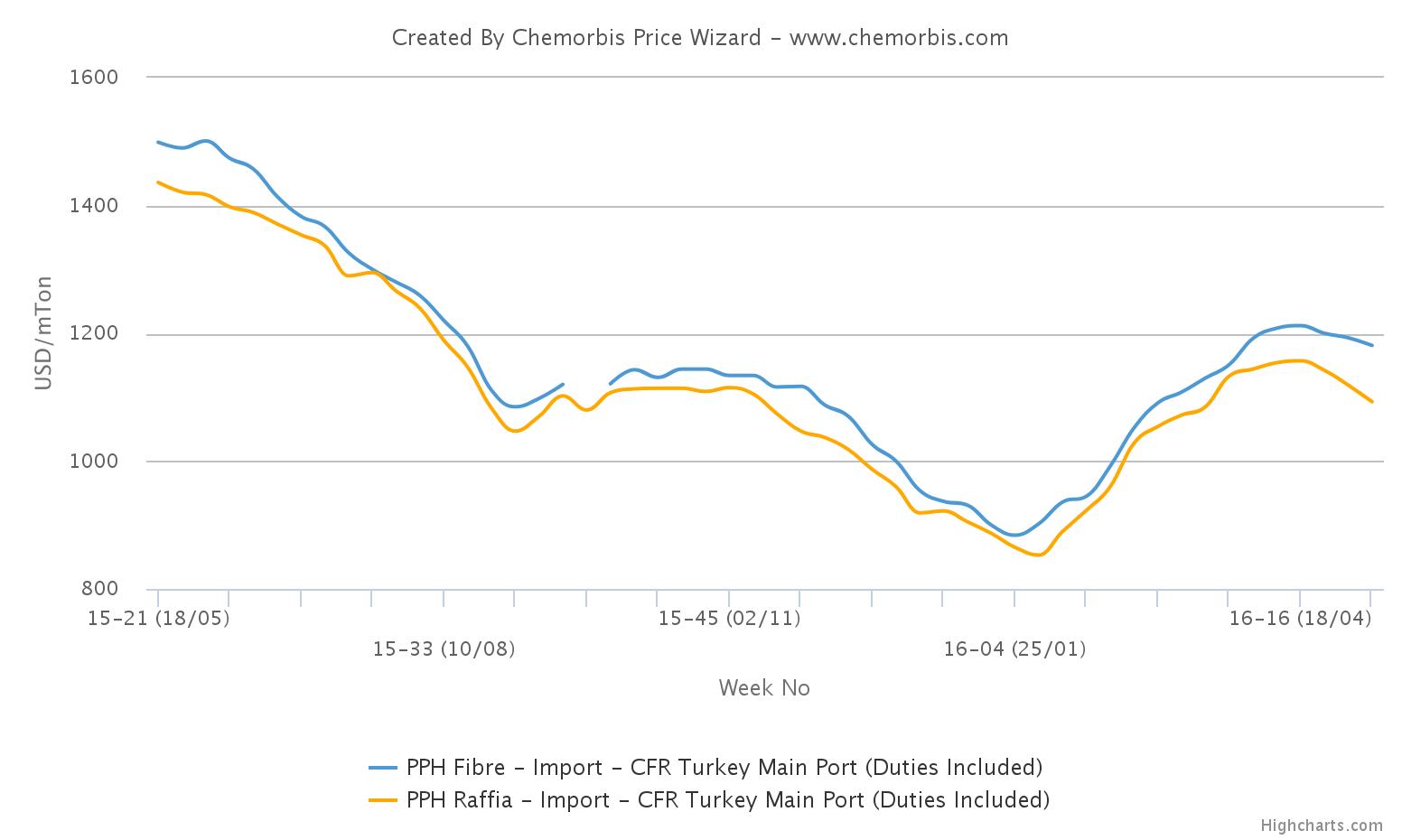 The prevailing Saudi Arabian PP raffia range showcased $30-40/ton drops on the week. A global source who offers Saudi Arabian cargos reported, “Buyers are hesitant to purchase nowadays and are asking for discounts. We expect to see softer prices in June given the upcoming month of Ramadan and the weak local currency.” A large trader commented, “PP demand is weaker than PE in the recent weeks. We hear buy ideas from converters that stand below our prices.”

According to a sack manufacturer, “Sack makers purchased large amounts of material during February and their materials are still coming. Sellers, on the other hand, are asking for our firm bids nowadays.”

Overall, Iranian PP fibre prices were down $35/ton on the high end. “Our supplier initially offered at $1150/ton CPT, subject to 6.5% customs duty, cash, before conceding to a $20/ton discount. We purchased some quantity,” a bcf converter reported. A trader also confirmed, “Overall demand remains slow. We expect to conclude some deals $10-15/ton below our offer levels as it is even hard to collect bids from buyers at the moment.”

A few PP buyers argued, meanwhile, that they would prefer to purchase from the local market if they needed material these days. “The local market provides a more competitive edge compared to imports. It is risky to commit to long distance cargos considering expectations for additional price cuts in the days to come,” they stated.

Further drops are projected for PP, despite higher energy costs that hover above $46/barrel on the NYMEX recently, due to stagnant demand and approaching Ramadan with no supply concerns on the near horizon. This view is supported by a weaker outlook in China and SEA, stemming from slower activity and increased supplies in that region. “The weak Turkish Lira, persisting payment issues and financial problems at manufacturers reinforced cautiousness in the market recently,” players opined.